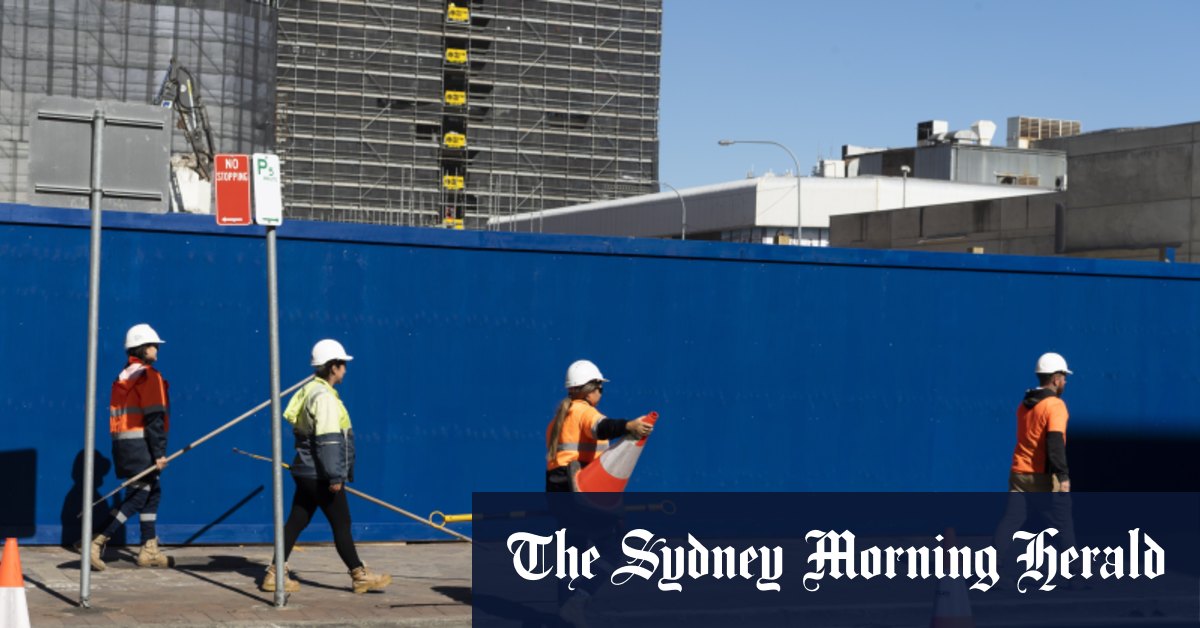 Skills mismatch drives job vacancies to nearly half a million

There is nearly the same number of people looking for work as there are vacant jobs, and one in four businesses are seeking workers.

Australia’s labour and skills crisis is worsening, experts warn, with businesses struggling to fill nearly half a million jobs amid a mismatch between people’s expertise and the work available across the nation.

There were a record 480,100 job vacancies in May, according to seasonally adjusted data from the Australian Bureau of Statistics – more than double the number at the start of the coronavirus pandemic and up 14 per cent in the three months to May. 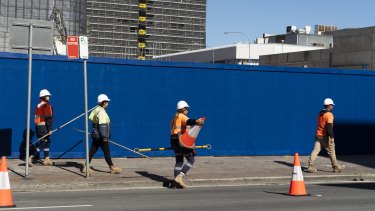 Vacancies are high across all sectors, including healthcare, construction and mining.CREDIT:RHETT WYMAN
The rising vacancy rate comes at the same time as Australia’s unemployment rate continues to fall, with the jobless rate at a 48-year low. The ABS said that meant there was nearly the same number of people looking for work as there were jobs: with 1.1 unemployed people for every job vacancy.

Australian Chamber of Commerce and Industry chief executive Andrew McKellar said businesses in all sectors and across every state and territory were facing huge worker shortages.

“Australian employers are facing a labour and skills crisis that is only getting worse,” he said.

The worker shortage is widespread, with one in four Australian businesses reporting vacancies –more than double the February 2020 pre-pandemic level of 11 per cent, according to ABS head of labour statistics Bjorn Jarvis.

“[This] highlights the extent to which businesses are finding it more difficult to find staff,” Jarvis said.

Vacancies have risen across all industries since the start of the pandemic, but have skyrocketed in some sectors. Demand for workers in arts and recreation, accommodation and food services, and rental, hiring and real estate has risen by more than 200 per cent since February 2020.

In the three months to May this year, retail trade vacancies grew by 38 per cent, information media and telecommunications by 18 per cent, and arts and recreation by 16 per cent.

KPMG chief economist Dr Brendan Rynne said high numbers of vacancies in major sectors including healthcare, financial services and construction would act as a dampener on economic growth in the coming months.

The New South Wales government is considering using fly-in fly-out teachers to solve ongoing staff shortages in schools but the opposition claims this is simply a band-aid solution.

“This analysis shows Australia’s domestic labour market efficiency is falling simply because there is a mismatch between the skills people have who are currently available to work and skills employers are seeking to hire – which is resulting in jobs being left unfilled,” he said.

The worker shortage is also a national problem.

Since the start of the pandemic, vacancies have risen by more than 80 per cent in every state and territory. Vacancies rose by 83 per cent in NSW, 101 per cent in Victoria and 171 per cent in the Northern Territory.

CommSec chief economist Craig James said filling all the vacancies would be tricky, but the federal, state and territory governments could help, including by removing barriers that stopped people moving for jobs.

“At this stage, employers aren’t giving up the search to fill vacancies – the number of ‘open’ positions continues to soar to new highs,” he said.

“If the positions aren’t filled, then businesses – and the country as a whole – miss out on opportunities for growth. Fixing the job crisis should be a first order of work for the new federal government.”

McKellar pointed to a recent OECD report that said Australia was going through the second-worst skills crisis in the developed world.
“With labour constraints faced by business getting worse as the economic recovery gathers pace, we must bring together smart solutions that increase investment in education and training, enhance workforce participation and rebuild sustainable migration,” he said.
J

where are the visas?

where are the visas?

Wonder what does this entail to?
J

Wonder what does this entail to?
Click to expand...

Can get PR if go there and do grab delivery, Phv or security?
A lot of Singaporeans PMETs will qualify if that’s ok, moi included……
You must log in or register to reply here.
Share:
Facebook Twitter Reddit Pinterest Tumblr WhatsApp Email Share Link
Important Forum Advisory Note
This forum is moderated by volunteer moderators who will react only to members' feedback on posts. Moderators are not employees or representatives of HWZ. Forum members and moderators are responsible for their own posts.