The secretary of Singapore's Poultry Merchants' Association Ma Chin Chew told CNA that there would be delays even if importers were to immediately place orders with suppliers from other countries, such as USA and Brazil.

“It will be hard to find supplies from other countries at such short notice,” said Mr Ma.

“Even for countries (like the US and Brazil), they are too far. Even if importers make their bookings right away, the chickens will only arrive two months later,” he added.

“To quote a mandarin saying, water from a faraway place cannot extinguish a nearby fire,” said Mr Ma.

Mr Ma, who is also CEO of Hup Heng Poultry industries, added that he expects business revenue to dip by 60 per cent when Malaysia's export curb is enforced.

Mr James Sim, head of business development for chicken importer Kee Song Food, told CNA that his firm works with mainly farms in Malaysia and “has no intention” of pivoting to sources from other countries.

“The chicken (from places like the USA and Brazil) are frozen options. We deal only with fresh, (chilled) chicken,” he added.

Mr Sim acknowledged that the time frame to pivot now was too short and there is uncertainty as to how long the export ban from Malaysia will last. He added that his firm would work closely with SFA on what to do next.

“We do not know how things will turn out, it might be a short-term thing, it might be a month. As of now, we have not made a decision and will wait for direction from SFA,” he added.

The importers added that the gap in supply from Malaysia could lead to “price increases” for chilled chicken in the short term.

“It is inevitable that when supply drops and demand stays the same, the prices of chilled chicken will go up. It’s simple market forces and can’t be helped,” said Mr Ma.

He told CNA that the shortage in chicken from Malaysia is not a new phenomenon, and stocks have been dwindling over the last few months due to the rising costs of chicken feed and other raw materials.

Mr Sim said that Kee Song Food’s supply has fallen by about 20 per cent even before Malaysia's latest move to halt chicken exports, and the company has been forced to adjust prices.

“We initially absorbed the increase in costs but it’s not something sustainable so we were forced to adjust prices a few times,” he added.

“Consumers have to understand this. As a result of the increase in cost of chicken feed, cost of production has gone up. If we price chicken at, let's say S$4 per kg, and even with the increase in costs, we still price the same, the more chickens we sell, the more money we lose,” said Mr Sim.

He also noted that chickens supplied from Malaysia recently were smaller in size compared to what was supplied previously. Mr Sim said that due to the shortage, the chickens were “not given ample time to grow”.

“For chicken rice stalls, you need chickens that weigh about 2.4kg to 2.5kg, but recently the supply we received weighed 1.5kg to 1.6kg, a whole kilogram less. We receive complaints (from clients), but they mostly have no choice but to accept the situation,” added Mr Sim.

SINGAPORE: Chicken importers in Singapore have expressed concerns about pivoting to alternative sources of chilled and frozen chicken following the announcement by the Malaysian government to impose curbs on exports from Jun 1. Malaysian Prime Minister Ismail Sabri Yaakob on Monday (May 23)...

geh siao lor, all must be cheering that it's finally their turn to increase price after seeing their counterparts enjoying the disguised hike
J

For hawkers once the price go up. Very hard to come down even after the supplies price go down.

I think they are just happy to raise prices to chop sinkies.

Unless the importer exclusively import from malaysia, nothing is stopping them from raising prices.

Mr. Ma seems to be panicking that once new sources are established, his monopoly of Malaysian middleman income will be reduced.

I really hope PAP can stop all these old skool middlemen from monopolising the import markets for chickens, eggs, veggies

NTUC should get into the act to self import from other countries! To reduce the inflations costs.

if no cheekon eat pork

whatmeworry said:
Mr. Ma seems to be panicking that once new sources are established, his monopoly of Malaysian middleman income will be reduced.

I really hope PAP can stop all these old skool middlemen from monopolising the import markets for chickens, eggs, veggies

NTUC should get into the act to self import from other countries! To reduce the inflations costs.
Click to expand...

Situation must be very bad

outsource everything and build casinos and banks only

there will always be something to eat.. but if you are not earning millions a year.. please go eat grass
Last edited: May 24, 2022
M

tankgunner said:
Situation must be very bad
Click to expand...

Kee Song and chicken. Why the company name like that?

simi also depends on import from other countries, ownself dun wanna be self sufficient

see how vulnerable we are? off water close their exports, we are screwed....

Vincentlow82 said:
For hawkers once the price go up. Very hard to come down even after the supplies price go down.
Click to expand... 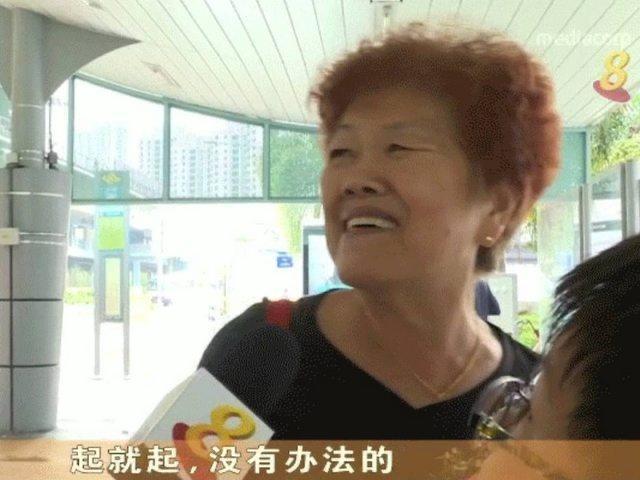 Curious. If there wasn't this restriction, who will buy frozen chicken if sellers only prefer selling raw chicken? What happens to unsold frozen chicken?

I think the cost of the chicken feed is driving the farmers away from keeping chicken.
You must log in or register to reply here.
Share:
Facebook Twitter Reddit Pinterest Tumblr WhatsApp Email Share Link
Important Forum Advisory Note
This forum is moderated by volunteer moderators who will react only to members' feedback on posts. Moderators are not employees or representatives of HWZ. Forum members and moderators are responsible for their own posts.