As someone using HTC's last phone allowed to be sold in SG via telco, the U11 Plus, I can somewhat say that three things U20 5G can be attractive to me:

- NOT OLED Display (it's a huge visual pain for persons with serious Astigmatism), what's the use of vibrant colours when it taxes your eyes worse than GST taxes your wallet?
- 6.8-inch screen, rare to have such a size. Even flagships tend to go no more than 6.6 inches. And those used to BIG phones always DO NOT even think of putting in pockets (they usually have a dedicated carry case for devices of such a size, like I had for Asus Zenpad 8.0 TABLET phone).
- Though this time HTC decides to use a "Semi Premium" (coined by its own maker Qualcomm no less!) SD765G instead of a flagship SD865 SoC, it still can be a equal match to the SD845 or SD835 chipset for those upgrading from these two (U11+ is powered by SD835 btw), but thing is, even Google's Pixel 5th Gen have also planning to "downgrade" their processor one rung to pursue higher processor efficiency than raw power nowadays. "Premium" features like Wi-Fi 6 and Bluetooth 5.0 are fortunately built into in the "Semi Premium" classes as well.

And like it or not, the flagship 800 Series are going to be like the smartphone equivalents of Intel's K-type or AMD's X-type CPUs for computers, unlocked and overclocked, and in turn, extremely pricey in the near future and probably appear in either ultra-expensive foldable handsets (SGD$1,400+ w/o contract) OR gaming-grade phones (think ASUS ROG Phone or Xiaomi Blackshark kind of devices).

I have been using U11+ for a long time and the camera was disappointing for me. Its time for an upgrade! Hopefully a telco brings it in.

Sent from me using GAGT
T

Probably because they moved their Service Centre again, to Toa Payoh so it's harder for them to keep track of developments.

Tsurugi_Matsuda said:
Probably because they moved their Service Centre again, to Toa Payoh so it's harder for them to keep track of developments.
Click to expand...

i used to have a red htc phone.

it didn't last long though.

Anyone seen this selling?

Sent from me using GAGT

a1v1n_ said:
Anyone seen this selling?

there's one taiwan seller on shopee sg. -ship from tw but 1k+-
T

Anyone managed to get a set and using in SG?

How much was it? Any idea how much it's retailing in TW?

Sent from me using GAGT
T

TomCool said:
Anyone managed to get a set and using in SG?

Might join you soon! Can give some reviews after using it? Is it heavy or bulky? I'm still holding on my U12+ after 2 years

Any pictures bro? Also some reviews on the phone would be nice and help poison others to buy

TomCool said:
TWD18990. No choice can't fly there so hv to get at premium.

Posted with my Nokia 9 Pureview via the HardwareZone Forums app 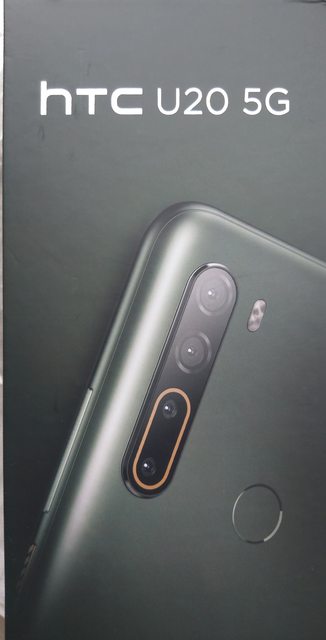 Not sure if warranty available in SG?

Sent from me using GAGT
You must log in or register to reply here.
Share:
Facebook Twitter Reddit Pinterest Tumblr WhatsApp Email Share Link
Important Forum Advisory Note
This forum is moderated by volunteer moderators who will react only to members' feedback on posts. Moderators are not employees or representatives of HWZ. Forum members and moderators are responsible for their own posts.