It's been a month of use. So far so good Got used to the bigger screen & heavier weight.

Will do some user experience-reviews on the camera & some shortcomings (comparing to my HTC U12+). Will not touch on specifications since these are public available info.

- Basic earphones given (lucky U12+ earphones can be used on U20)

- Lack customisation on the G-launcher, limited launcher features compared to HTC Sense. Can't change fonts. I'm using Smart 5 launcher, which has been great. Needs some time to get used to.

-HTC Cam app is short on warmth. Pictures turned out a tad paler than the real thing, compared to Gcam on Pixel 4a when I compared it at Challenger. Will show some examples later.

- Power button, although in metal gold, is too easy to press. I often accidentally shut down the phone.

I think I should add what I felt are upgrades from U12+ after doing the shortcomings lol. Here goes:-

The price has dropped further!

How's the s/w update came so far till now?

bluedubsBB said:
I think I should add what I felt are upgrades from U12+ after doing the shortcomings lol. Here goes:-

bluedubsBB said:
I think I should add what I felt are upgrades from U12+ after doing the shortcomings lol. Here goes:-

May I know how was the phone so far?

Has it been upgrade to android 11? 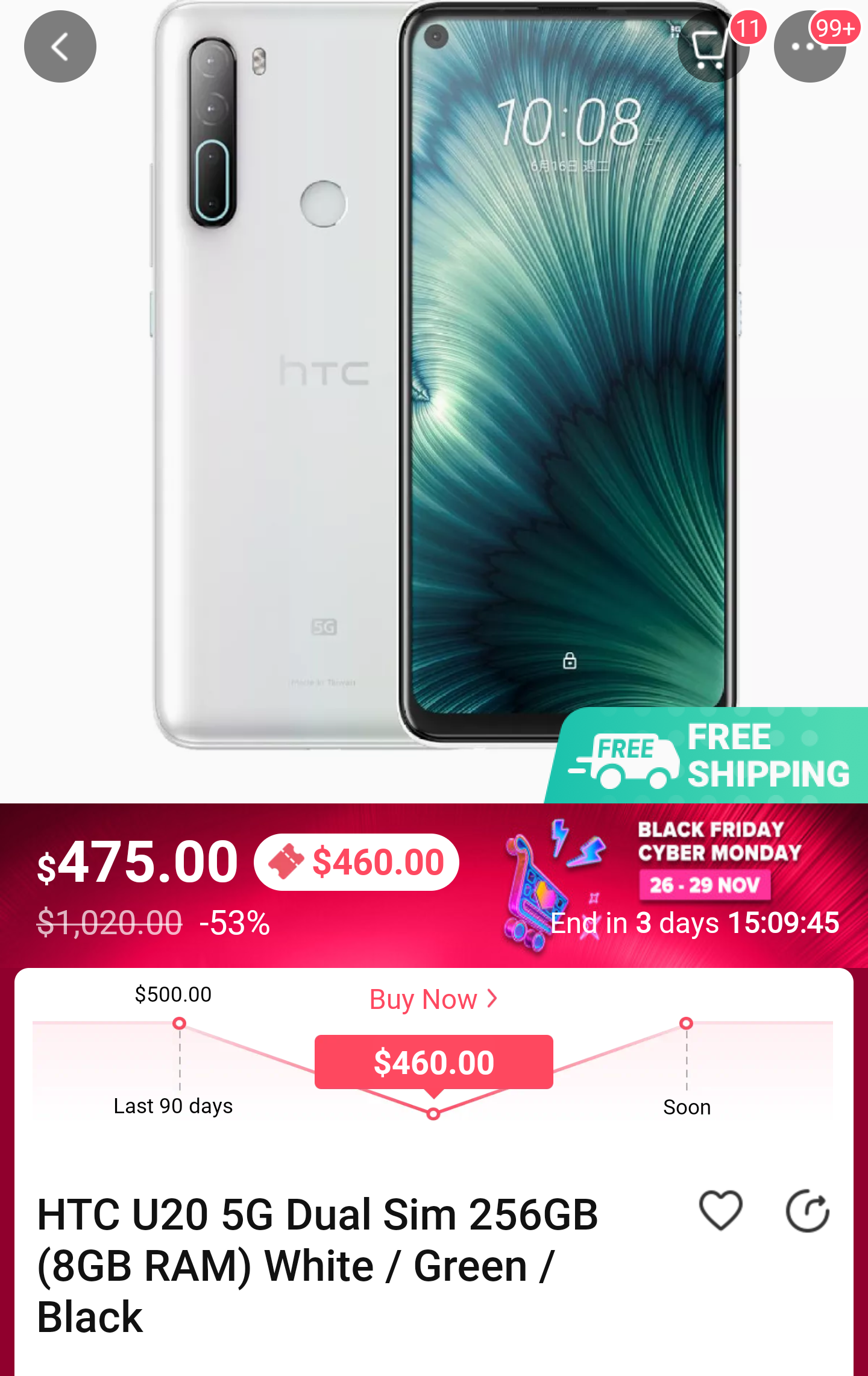 Just 1 month warranty otherwise will have bought it.

Sent from ME!
C

Wow. Been a long time since I last heard of this brand.
You must log in or register to reply here.
Share:
Facebook Twitter Reddit Pinterest Tumblr WhatsApp Email Share Link
Important Forum Advisory Note
This forum is moderated by volunteer moderators who will react only to members' feedback on posts. Moderators are not employees or representatives of HWZ. Forum members and moderators are responsible for their own posts.