laeticia said:
I'm using a glass one now that's not full screen and I hate the ugly green line running down the side. So now hunting for a full screen privacy glass screen.

Love the feeling of glass. Very smooth and not dust magnet like the free one. Everytime I took it out of my handbag always lots of tiny bits stuck all over, not to mention dirt marks on the screen. No suhc issue with glass. However noticing quite a bit of dust gathering at the gap between the glass and the casing

Depends on the quality of the tempered glass also.
Cheap one also dust and fingerprint magnet. If those JB RM5 one always stick oil and fingerprint smudge all over. But it's cheap and still protect the screen lah
I

Does the block border of the tempered glass eat into the screen slightly?

Hi guys, next week going to recontract and get mate 20x. For the screen protector, the one that already applied on the phone is it good enough? is it smooth?

As for full screen tgsp, may i know where to get one? Huawei store is selling $18/$38 what the difference>?
M

Now I notice mine has a small scratch after about 1 month use.

May be I am one of those man-eating small-clawed
dinosaur after all.


mafia86 said:
Hahaha
But screen protector very easy get scratches one.
Sometimes put in bag or pocket also dunno how got hairline scratches liao.
I know many people bo chap lah but I just buay tahan when I see scratches from the reflection.

Another reason is the smooth feeling of tempered glass just too hard to resist lol
Click to expand...

Merg91 said:
Now I notice mine has a small scratch after about 1 month use.

May be I am one of those man-eating small-clawed
dinosaur after all.
Click to expand...

Where at? I also want to check on mine. But the back seems hard to look for scratches.

Merg91 said:
The original protector looks decent to be scratchproof.

original screenprotector is plastic film leh, how can it be scratchproof?

MorningOwl said:
Hi guys, next week going to recontract and get mate 20x. For the screen protector, the one that already applied on the phone is it good enough? is it smooth?

As for full screen tgsp, may i know where to get one? Huawei store is selling $18/$38 what the difference>?
Click to expand...

Got a dinge at the corner when I bought over the phone, owner said due to nails swiping from sides.... Oh well...

The tgsp I bought has black borders that slightly ate into the screen, maybe 1mm... Sianz most apps not obvious but some games obvious

Anyone know how to "wake-up" M-pen?

my m-pen after few days no use, it doesn't work...but if I plug in usb-c in and unplug..then can use liao...
M

wat tempered glass u all use
M

I got this from q010 to me pretty good. Good fit, light etc 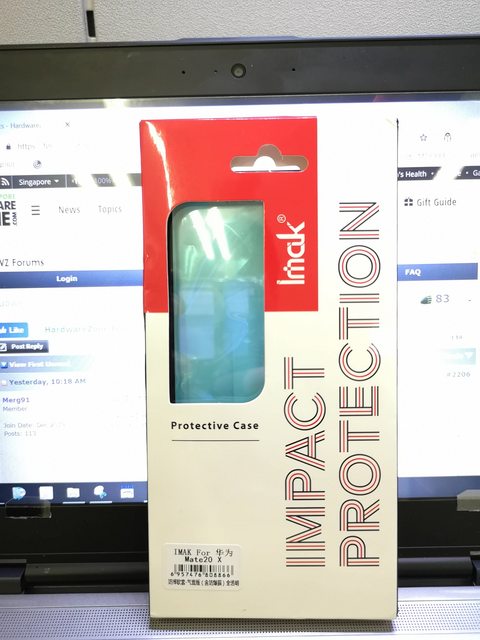 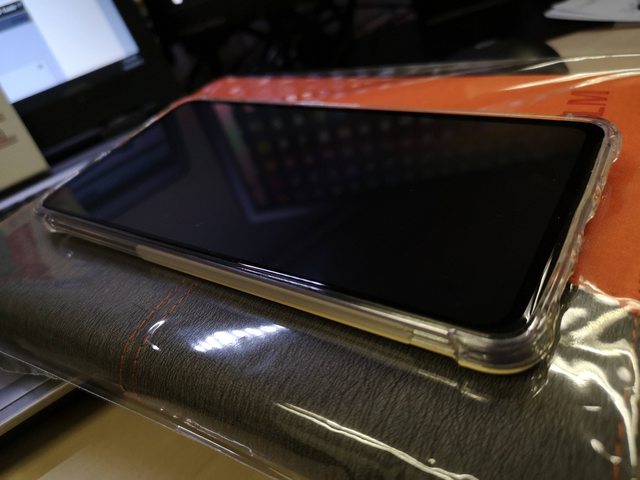 Stanley W said:
I got this from q010 to me pretty good. Good fit, light etc

Sent from Some remote Planet using GAGT
Click to expand...

Which seller you buy from?

My 20x dropped on the floor for 4 times and still surviving. Quite solid.

Sharing my thoughts on the mate 20 x. Overall it's a very impressive phone other than a few minor complaints, and to me this is the mate 20 to go for, not the Mate 20 pro. haha.

Things like wireless charging, 40W charging, reverse wireless charging, face ID, in-screen sensor, are nice to have, but not deal breakers. the M20X instead has noticeably better battery life, and speakers. Those are more important to me. It's also unique because of its extra large screen, whereas the Mate 20 Pro has to compete with other flagship phones.

The screen resolution is lower, but no need to worry about display going green? haha. Anyway screen is bigger, so don't have to hold it that near to my eyes, so don't really notice the pixels too.

Performance is good as expected, but frankly most flagship phones performs well enough these days. So not going to talk about it. EMUI is still EMUI. You either hate it or accept it for what it is. Still, wished the design could be better though.

Tested the M-pen too, and it's just okay i guess. the latency and accuracy doesn't seem as good as Samsung's S-Pen still.

Also i feel like the nano memory card is lame. I'm pretty sure it's not a size issue, since samsung can fit it so much things on their Note9 (including a freaking stylus), and still give mSD card slot. Huawei SG only brings in the 128gb option which is probably enough for most, but for those who needs more (40MP shots, 4K videos, games, media content), they need to sacrifice the dual sim function.

Also, NM card is way more ex than mSD cards if you want to buy them, and you can't use it on other devices. mSD card still can use on cameras, voice recorders, dash cam, etc. From the POV of consumers, there are practically no up sides to this, only downsides. Even the transfer speed isn't as high as mSD. /rant

Anyway, moving on to the camera, really like the flexibility it offers. The ultrawide cam is super fun to play with.

But I still find Huawei's image processing a bit too heavy handed for my liking in low light and night mode. Has an unnatural feel to it. Some may like it though, all down to personal preference. For me, even though I don't love it, i think it looks more than good enough. (full res camera samples)

But overall, just because of how fun it is to use, i consider it one of the top few camera on phones this year still, along with the Pixel 3.

Also, i suspect the 960fps mode is software processing (inserting frames in-between to boost the frame rates?) rather than the tech that sony and samsung is using. So it really doesn't look nice at all to me.

Anyway, other than a few minor complaints, it's a really nice phone to use. the big screen makes ANY sort of content more enjoyable. The performance is great, the speakers sounds really good, so it's a really awesome for content consumption. the camera is top-rated too, and the big screen makes even reading pdf documents on the phone more enjoyable too. Plus got the M-Pen as a small bonus, so it's quite good for productivity too.

I know for those looking for a phone this size with flagship specs, there isn't really another viable option out there (mi max 3 is mid-range, honor note 10 is not available here). But for what it's worth, it's a really good phone at least. haha.

Video version for anyone who don't want to read. haha.
[YOUTUBE-HD]ChT2iFtN3-o[/YOUTUBE-HD]
M

ckling said:
Anyone know how to "wake-up" M-pen?

my m-pen after few days no use, it doesn't work...but if I plug in usb-c in and unplug..then can use liao...
Click to expand...

Dont need to wake...its just that the battery of the pen is short. (Standby)
It will "die" if unused for 5days...after a full charge
You must log in or register to reply here.
Share:
Facebook Twitter Reddit Pinterest Tumblr WhatsApp Email Share Link
Important Forum Advisory Note
This forum is moderated by volunteer moderators who will react only to members' feedback on posts. Moderators are not employees or representatives of HWZ. Forum members and moderators are responsible for their own posts.