At the IBC 2022 the mentioned Al tripod was revealed. The carbon fiber version will be released later. Read and watch below 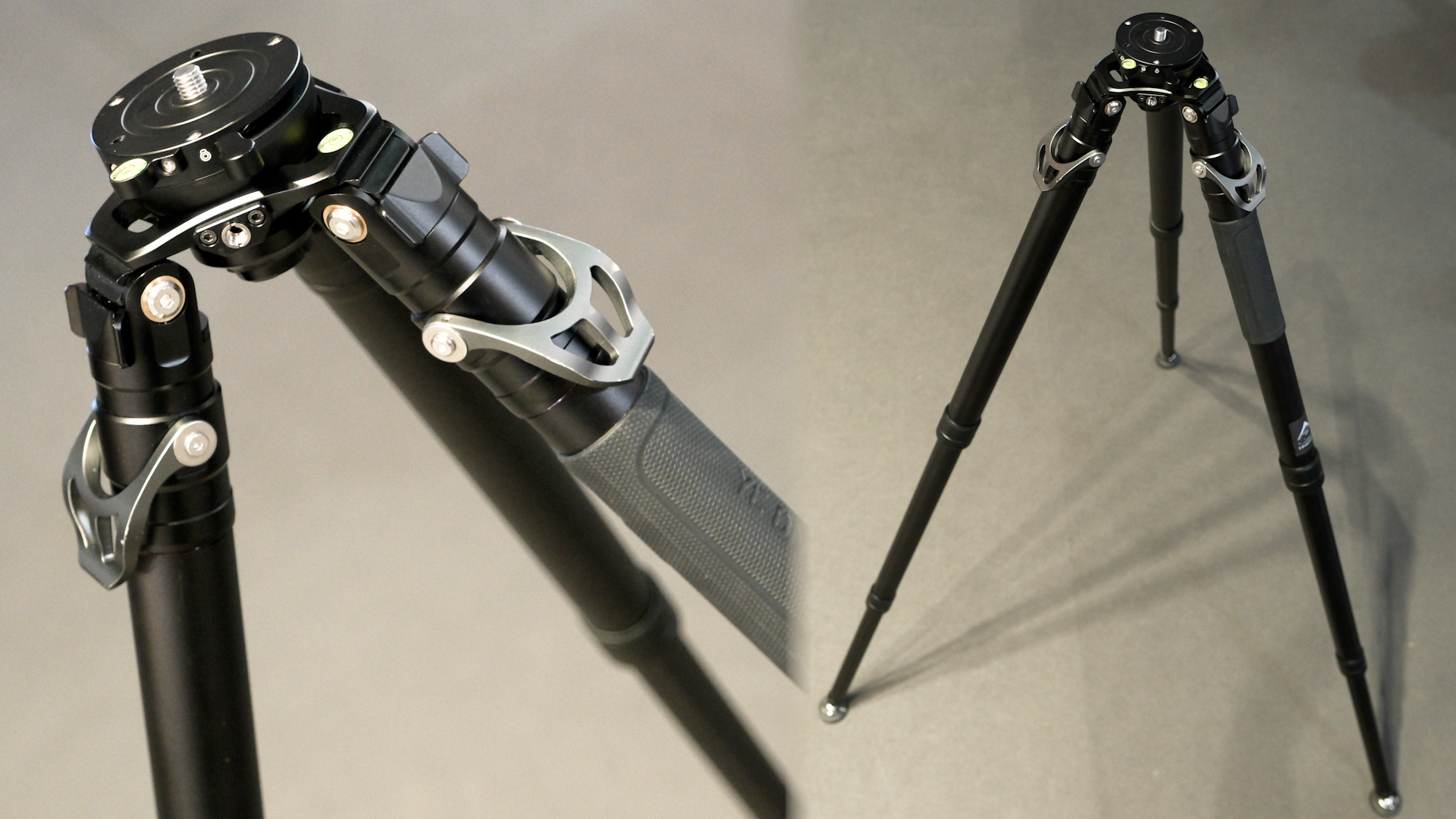 During IBC 2022, YC Onion showcased an upcoming camera support accessory, the Pineta tripod. It comes in both aluminum and carbon fiber options, features a proprietary bowl head design, offers 1/4”-20 threaded mounts, and its height varies between 75cm/29.5” and 145cm/57”.

- The tripod and the bowl head each comes with a level bubble
- The tripod has 2x mounting holes for accessories. Too bad they don't have anti-rotation Arri holes
- The bowl head has anti-rotation screws
- Tightening/loosening of the bowl head is done using a lever on the top side so no need of a short handle below the bowl head like the iFootage Gazelle Fastbowl TC9 Tripod
- Will need a quick release system to release any item attached to the bowl head. From the video I believe the bowl head is non-removable from the tripod. YC Onion has its own quick release system.
- Lowest level it can reach is 150mm
- The most interesting feature is that all the 3 legs can be adjusted up/down simultaneously and locked with a clamp on the top side of each leg. It's similar in design to the Sachtler Tripod Flowtech 75 series but much cheaper


One note. If you drop the battery with the large OLED screen on a hard floor I believe it'll crack

FI, I dropped my FXLION Nano Two 99 Wh battery on the tiled floor twice and the casing came a bit loose. I used superglue and glued it back.

Luckily the battery came with a slightly slanted small LCD display screen. This prevents its direct contact with the hard floor. See below picture Note:- The M1 monitor is FHD screen of 1000 nits but can receive and o/p 4K resolution via HDMI

At affordable prices lah. S$860 as from below

Last edited: Sep 28, 2022
You must log in or register to reply here.
Share:
Facebook Twitter Reddit Pinterest Tumblr WhatsApp Email Share Link
Important Forum Advisory Note
This forum is moderated by volunteer moderators who will react only to members' feedback on posts. Moderators are not employees or representatives of HWZ. Forum members and moderators are responsible for their own posts.