Start off with the power supply, boy they sure are small these days. 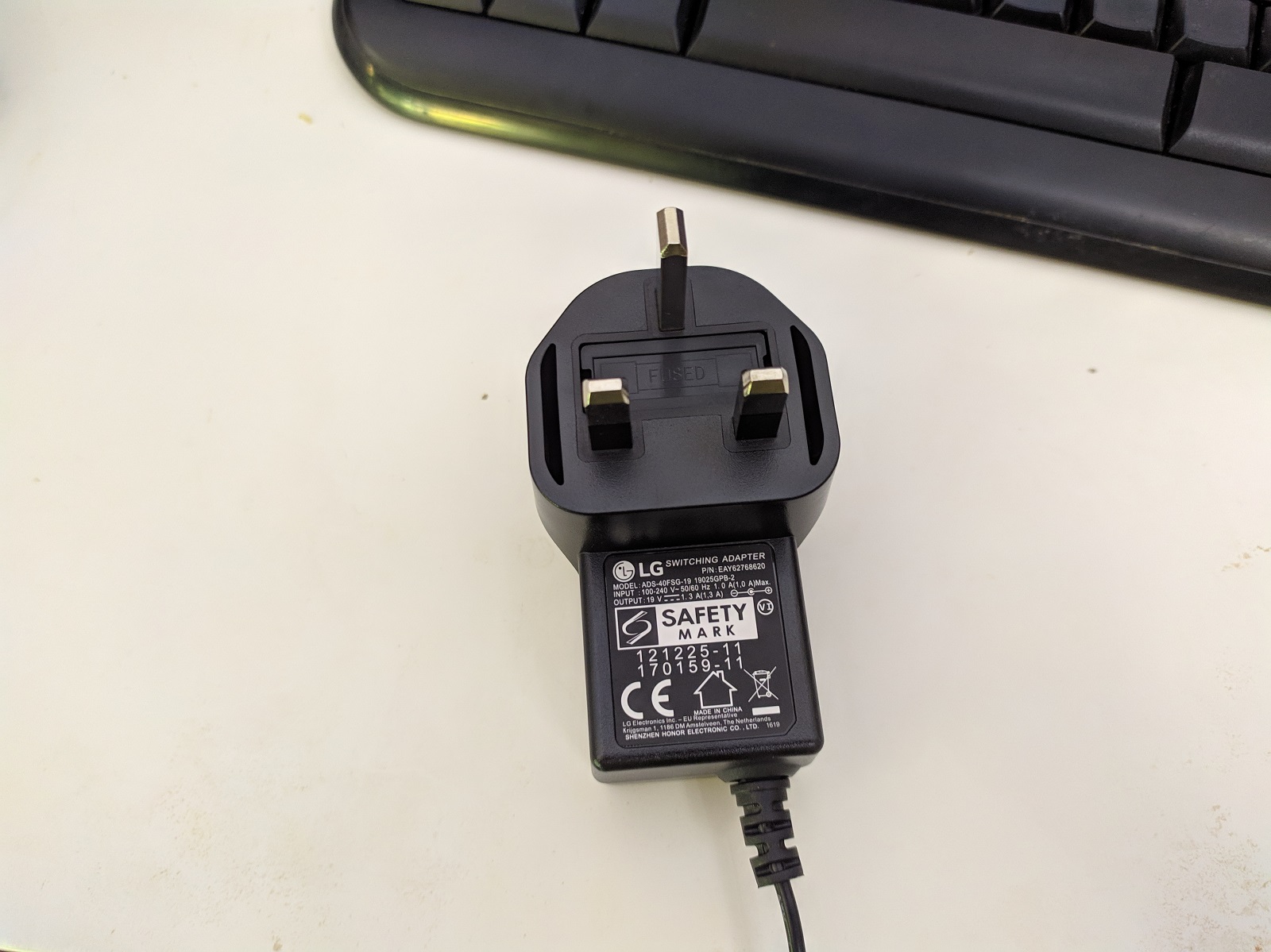 Out-of-the-box checking, glad to say that there are no dead or bright pixels. Nor other form of spots or dirt or spotlighting.

However screen uniformity is not perfect, and it looks like a design issue: 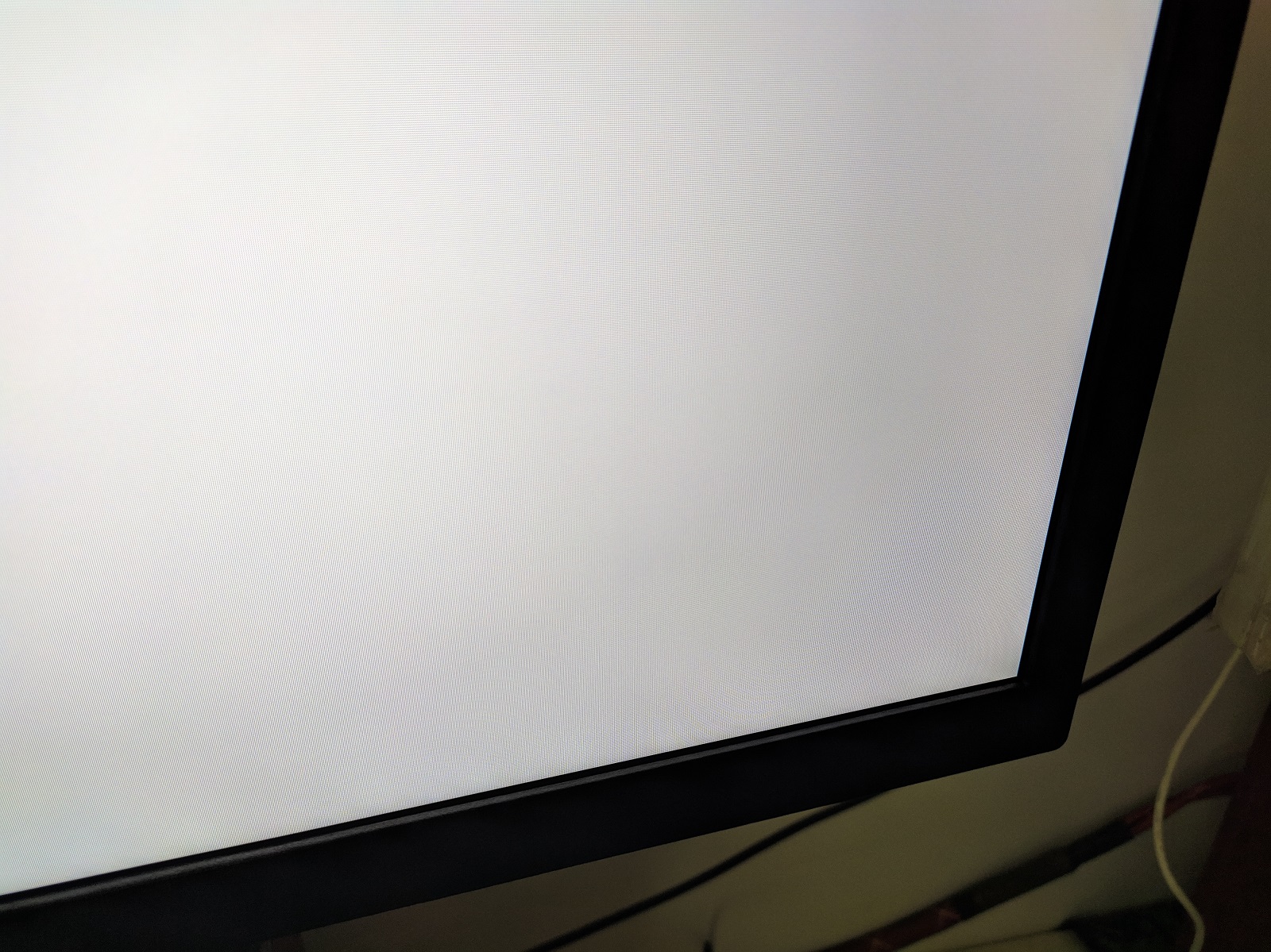 See the darker region in the bottom right corner?

The left one is more obvious: 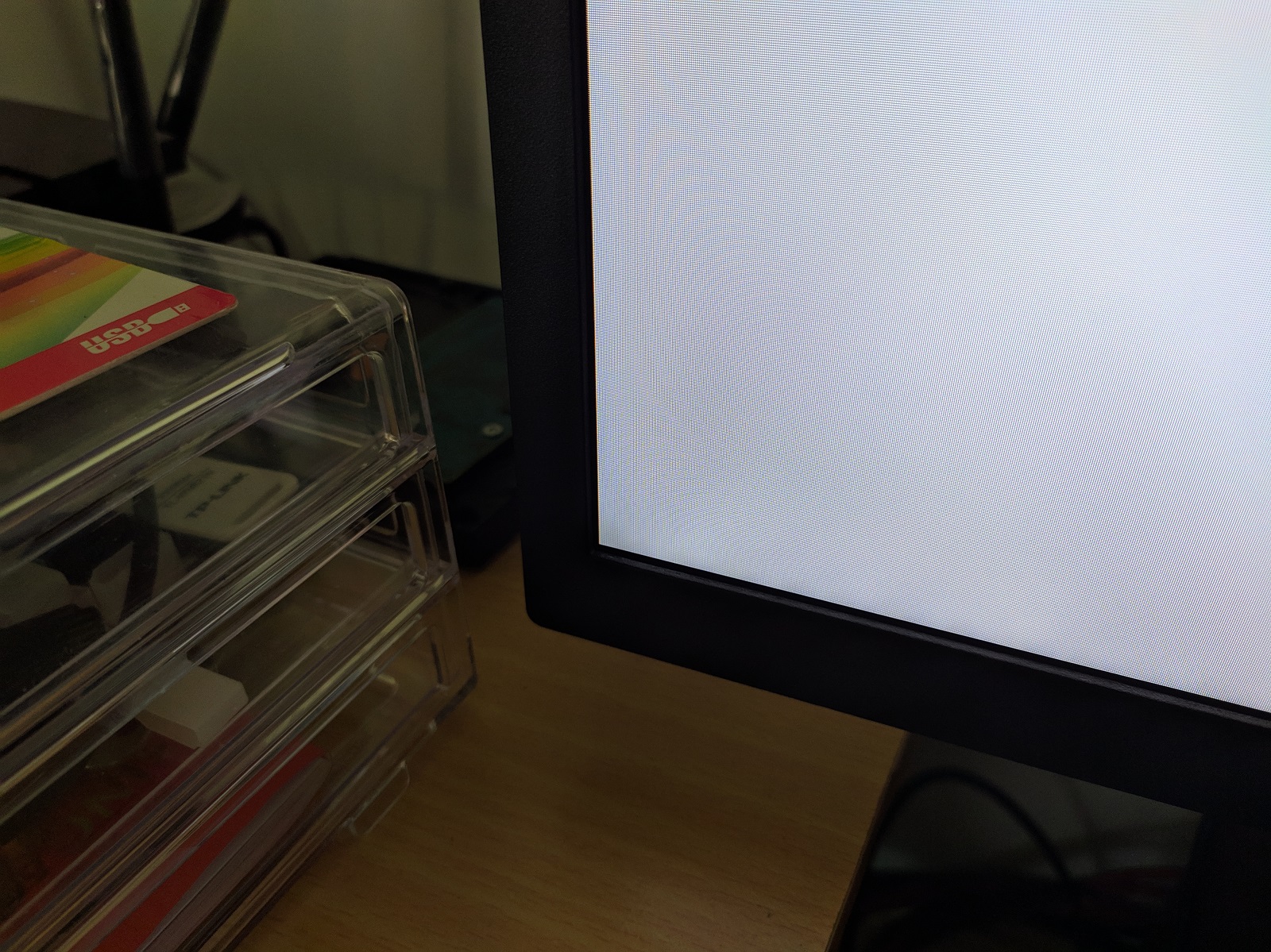 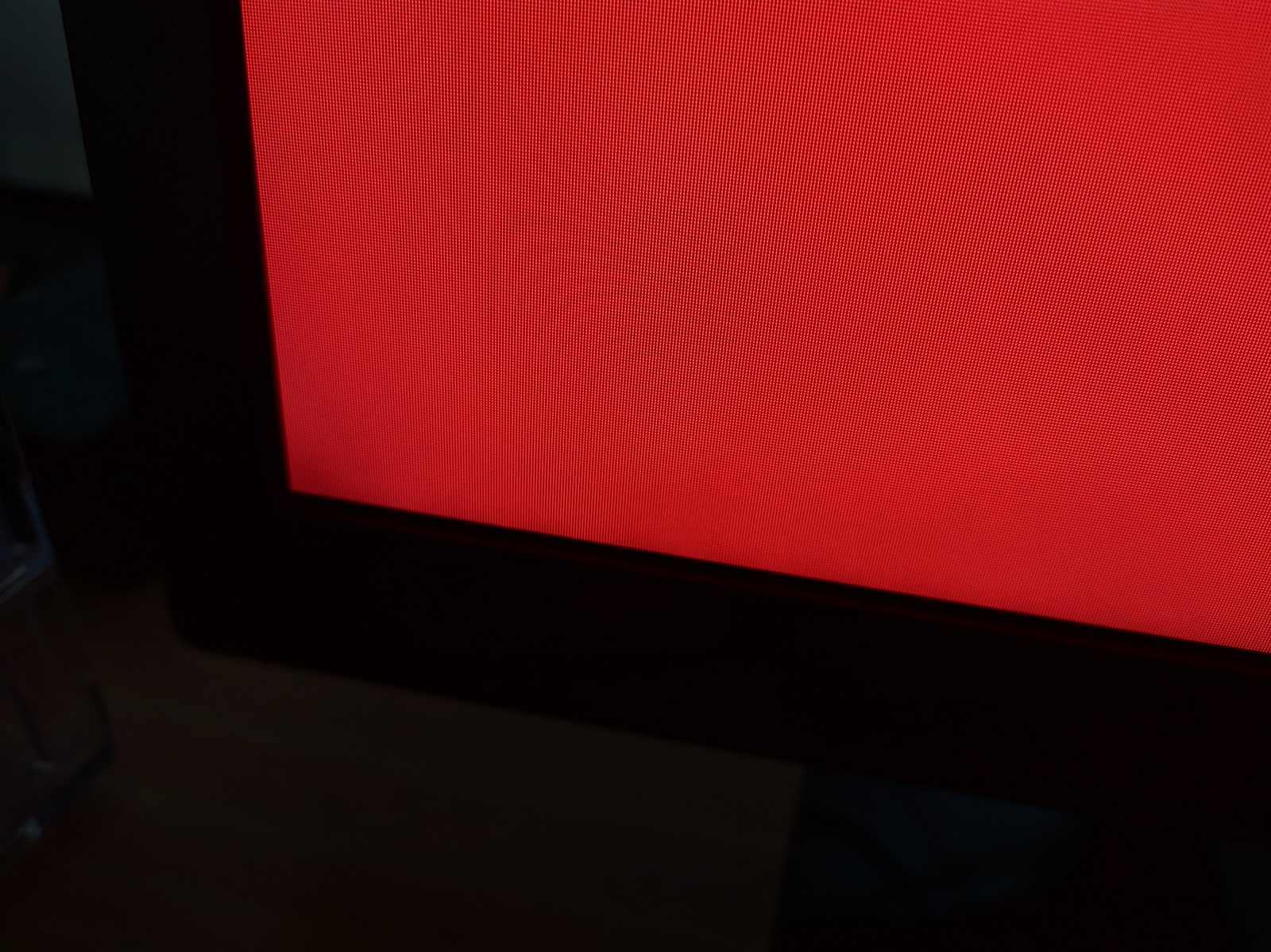 How the whole screen looks: 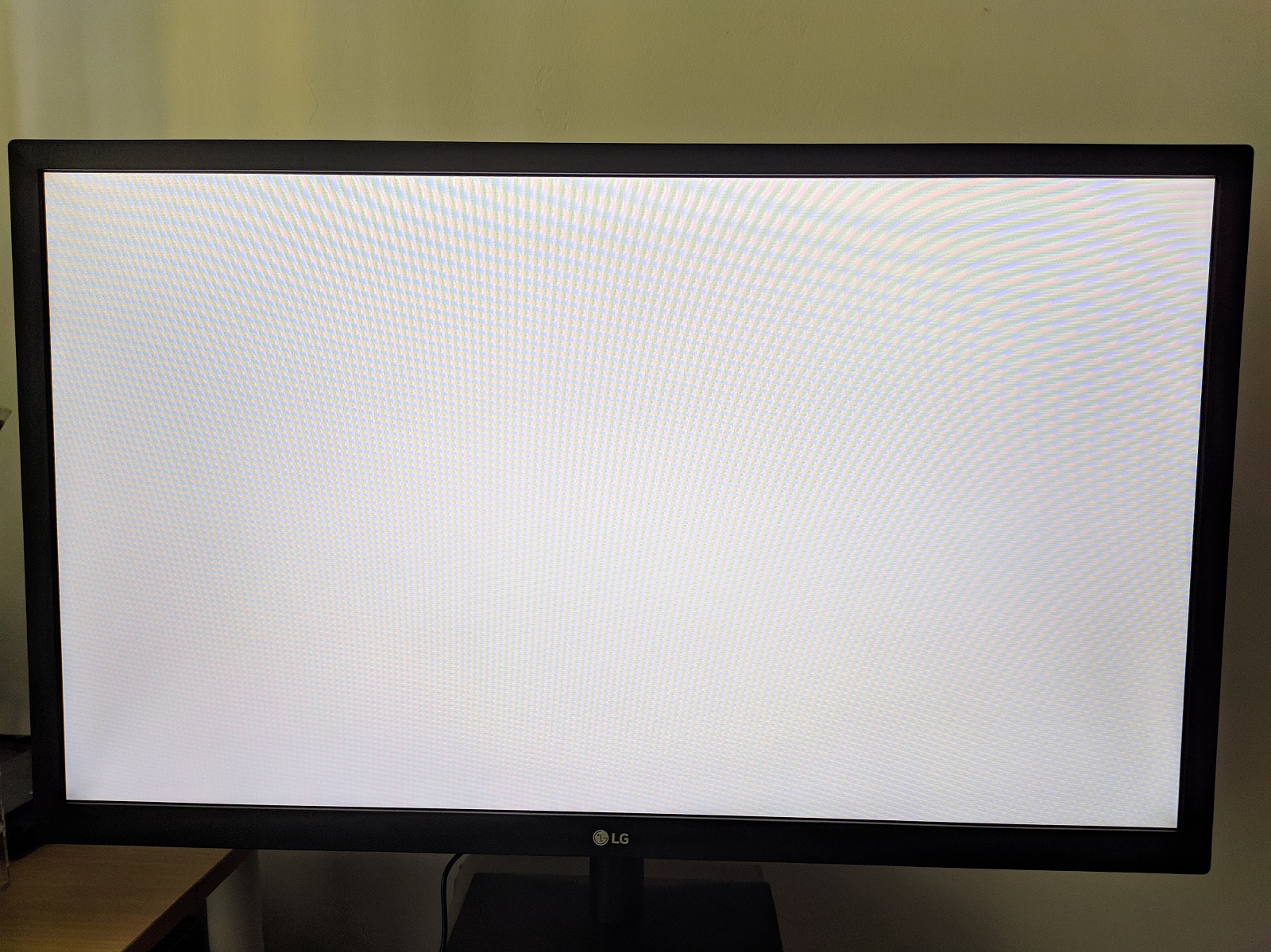 In some ways this is worse than BLB and IPS glow, because this is obvious with white / any color. 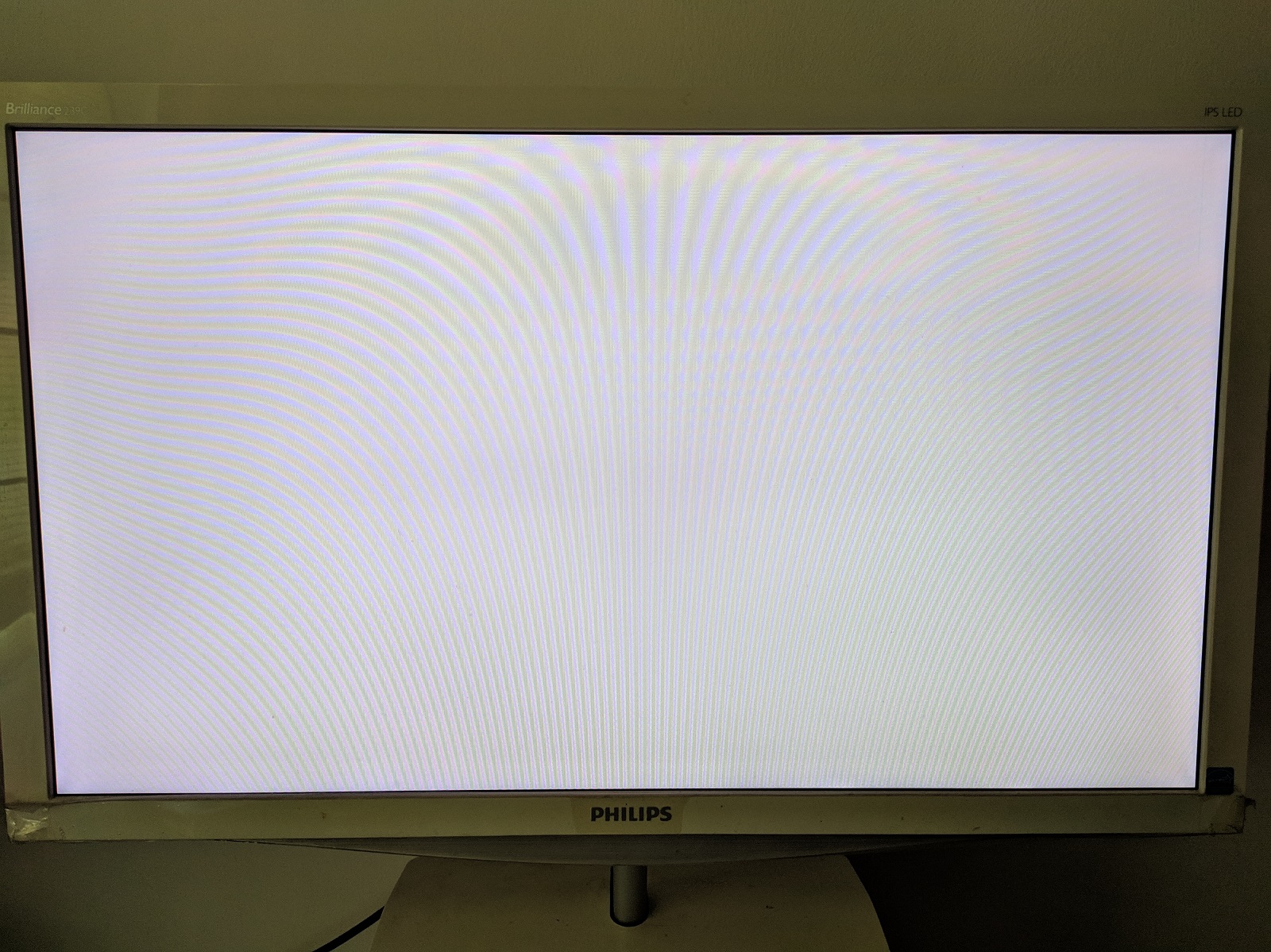 Philips 239C for comparison. Or really, just about any decent screen can work as comparison. Because most decent monitors would see uniform white from corner to corner. It is 2019 and yet we seem to be moving backwards in terms of quality. 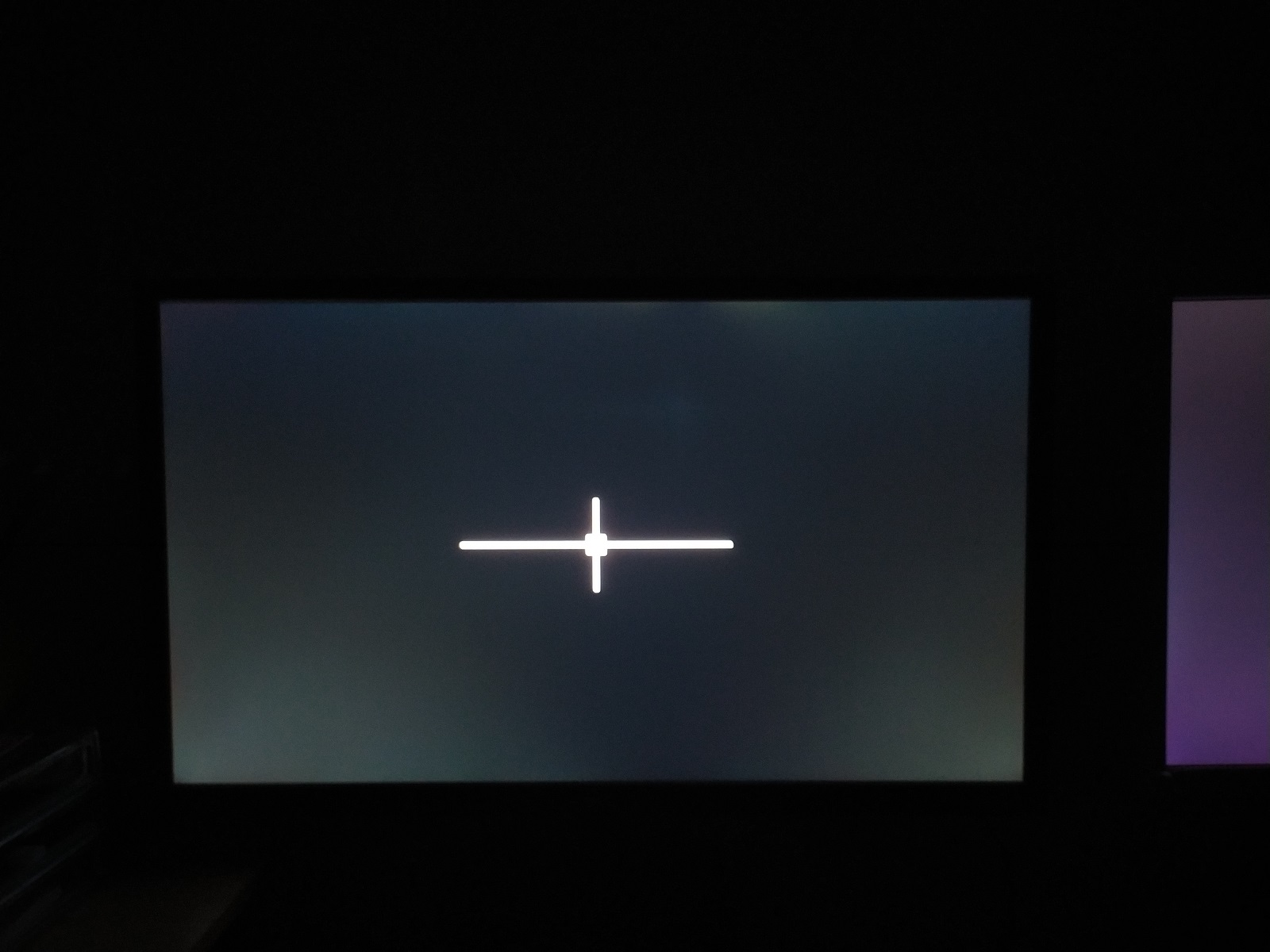 Pretty decent. The two glow at the bottom corner are IPS glow, and is not that obvious in reality and even less so at normal room lighting. The bleed on top however is backlight bleed, but at these levels is benign, just like the IPS glow being exaggerated.

And more importantly, the IPS glow color is white regardless of direction, unlike the 239C which changes color depending on direction. 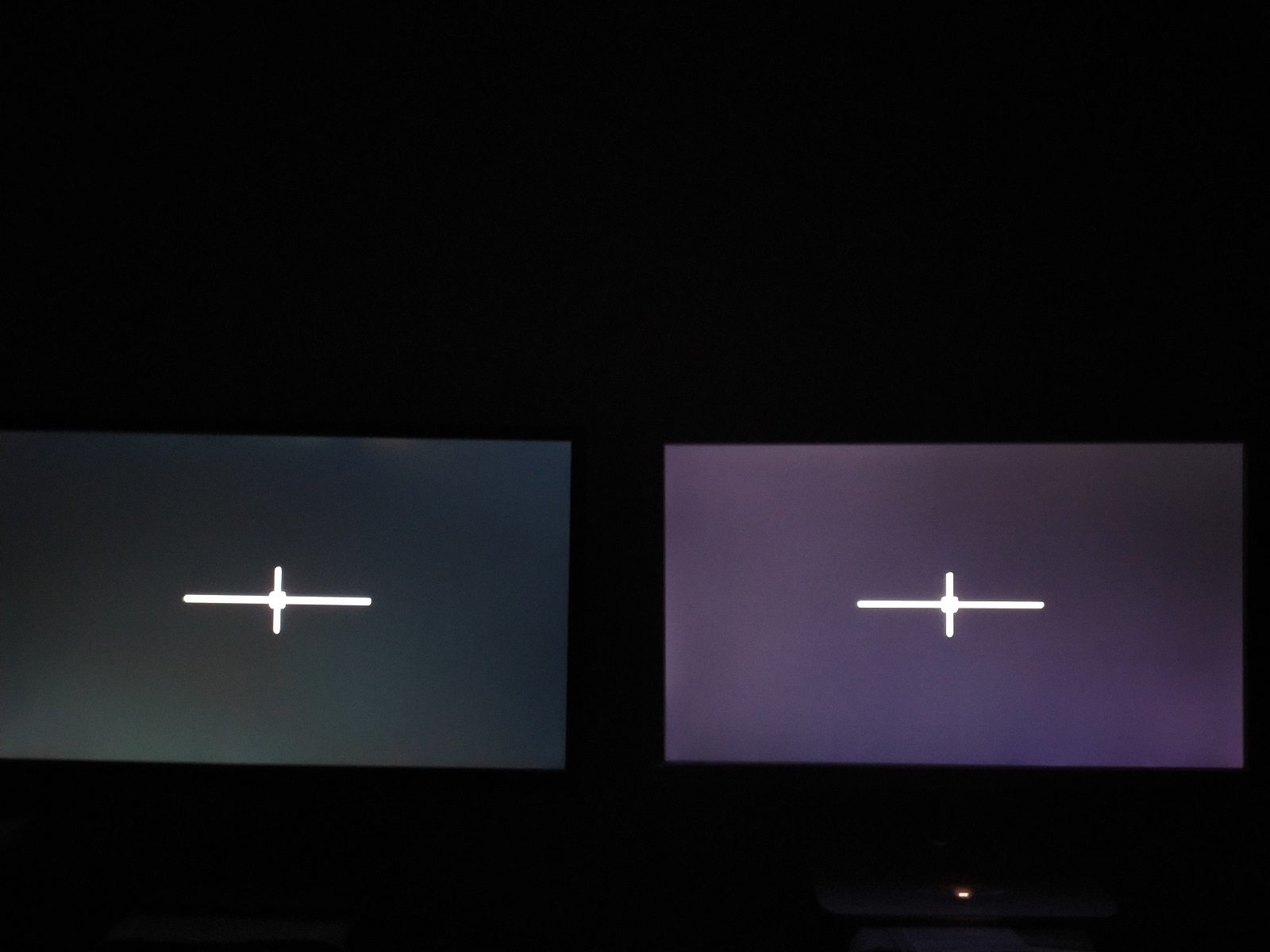 From a further distance away the IPS glow reduces. The backlight bleed on top, however, doesn't reduce with distance. 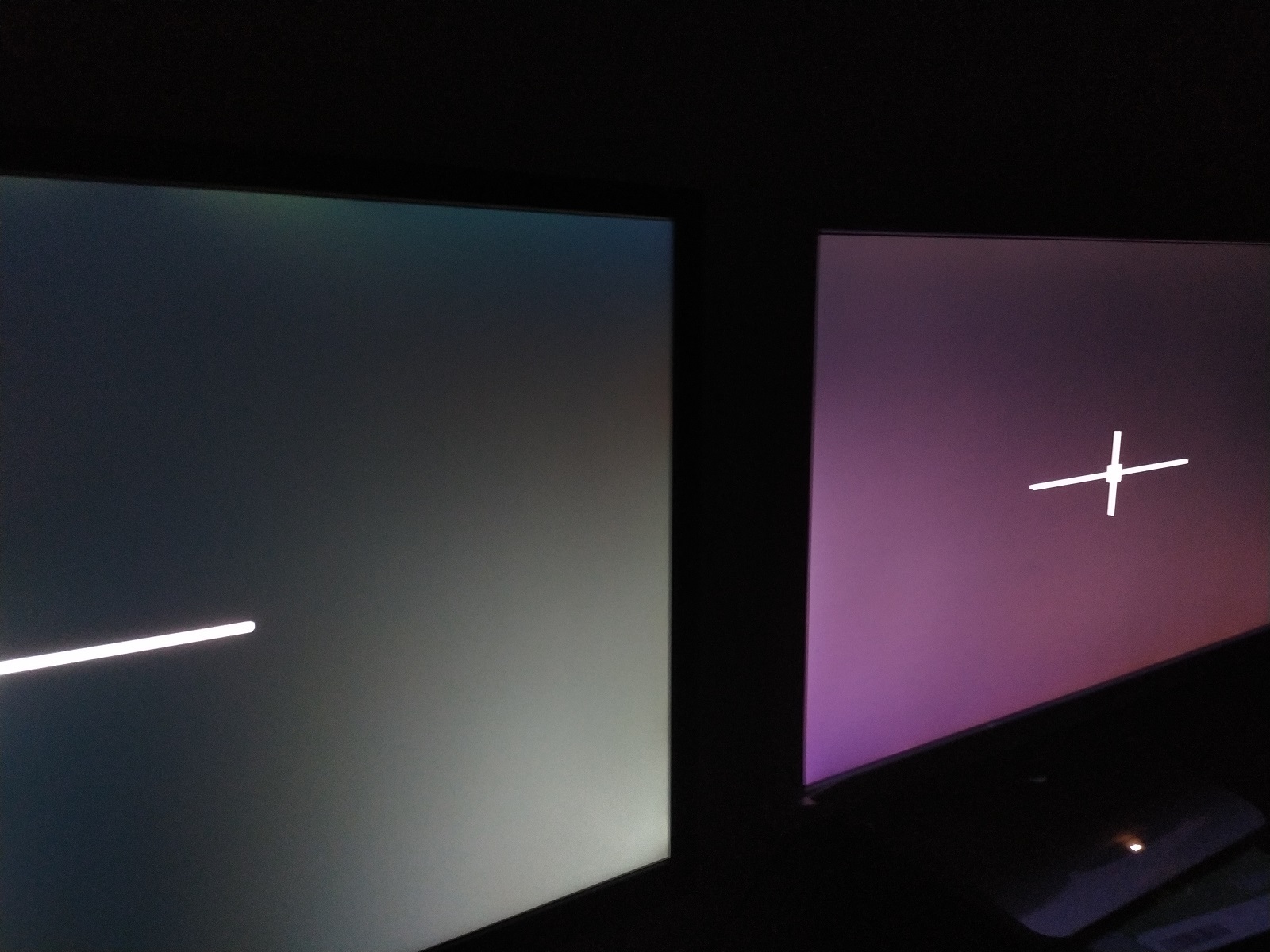 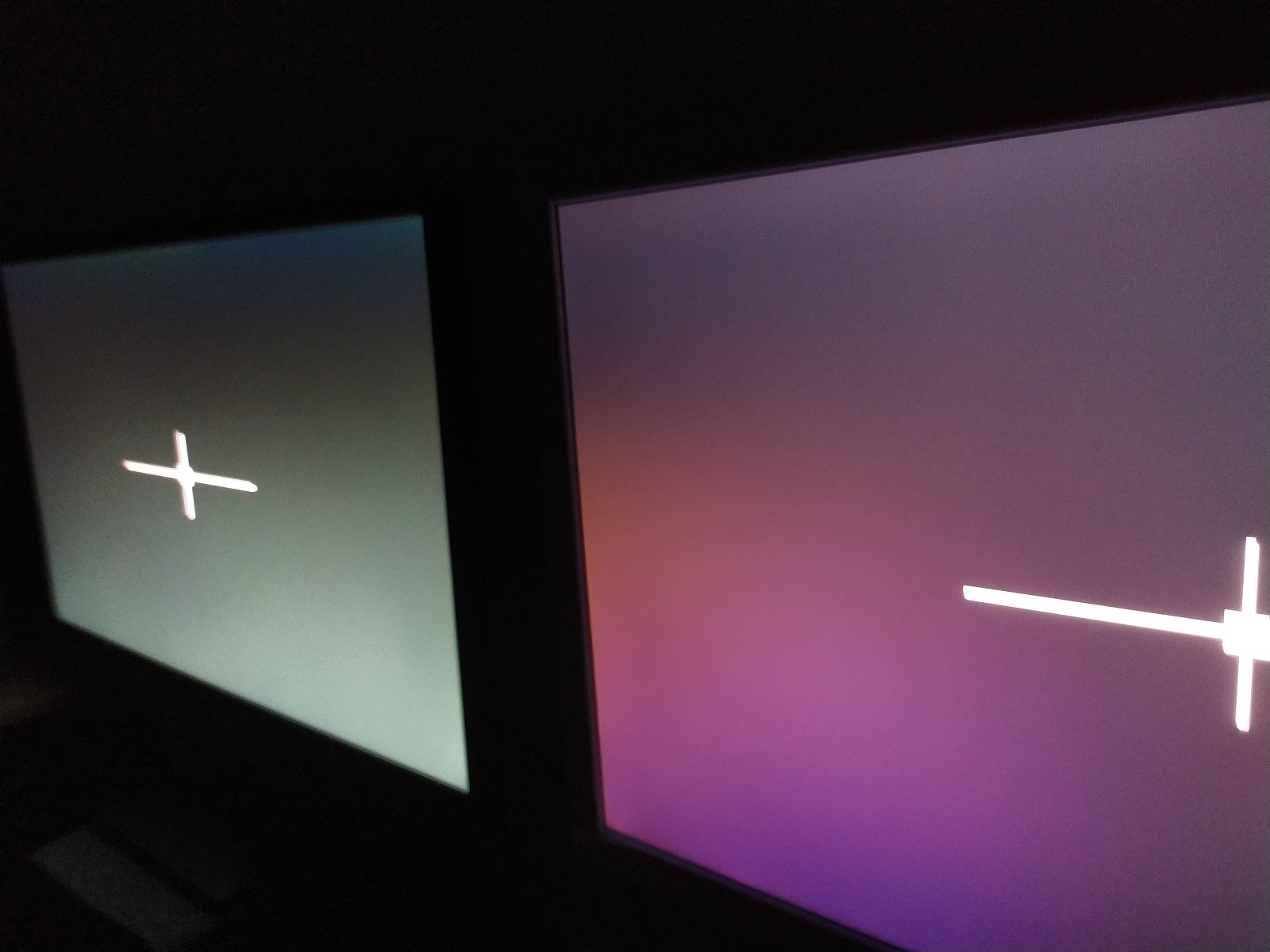 In terms of amount the 23MK430H has more IPS glow, however the glow is pretty even and smooth, (even if more is coming from the bottom side for some reason), and really more importantly is all white in color, so it just becomes contrast / black level penalty, which is ignorable, just like the black level penalty TN panels along the vertical. In contrast, the color shift of the 239C is not ignorable, and gives a red tinge in one corner and a blue tinge in the other.

Anything above "None" overdrive results in a white ghosting trail when scrolling on this website. Why is it so obvious on this website I have no idea; on the 239C the ghosting is not seen even at the Fastest overdrive, yet it is so obvious on the 24MK430H. OTOH, I don't see ghosting on most material on 24MK430H at the Fast setting. Weird. But in any case, there is something wrong with overdrive and I am leaving it off.

Fortunately response time seems comparable to 239C. (4 frames @ 240fps to scroll) Which is not exactly a good thing considering the 239C is a slow screen by today's standards.

Color is weird at 72Hz and 75Hz. Gamma looks weird. Gamma is 2.2 @ 60Hz, but subjectively looks like 1.8 @ 75Hz, although not really because the colors are weird too. Colors look oversaturated, overly bright and the whites are crushed. And strains my eyes. 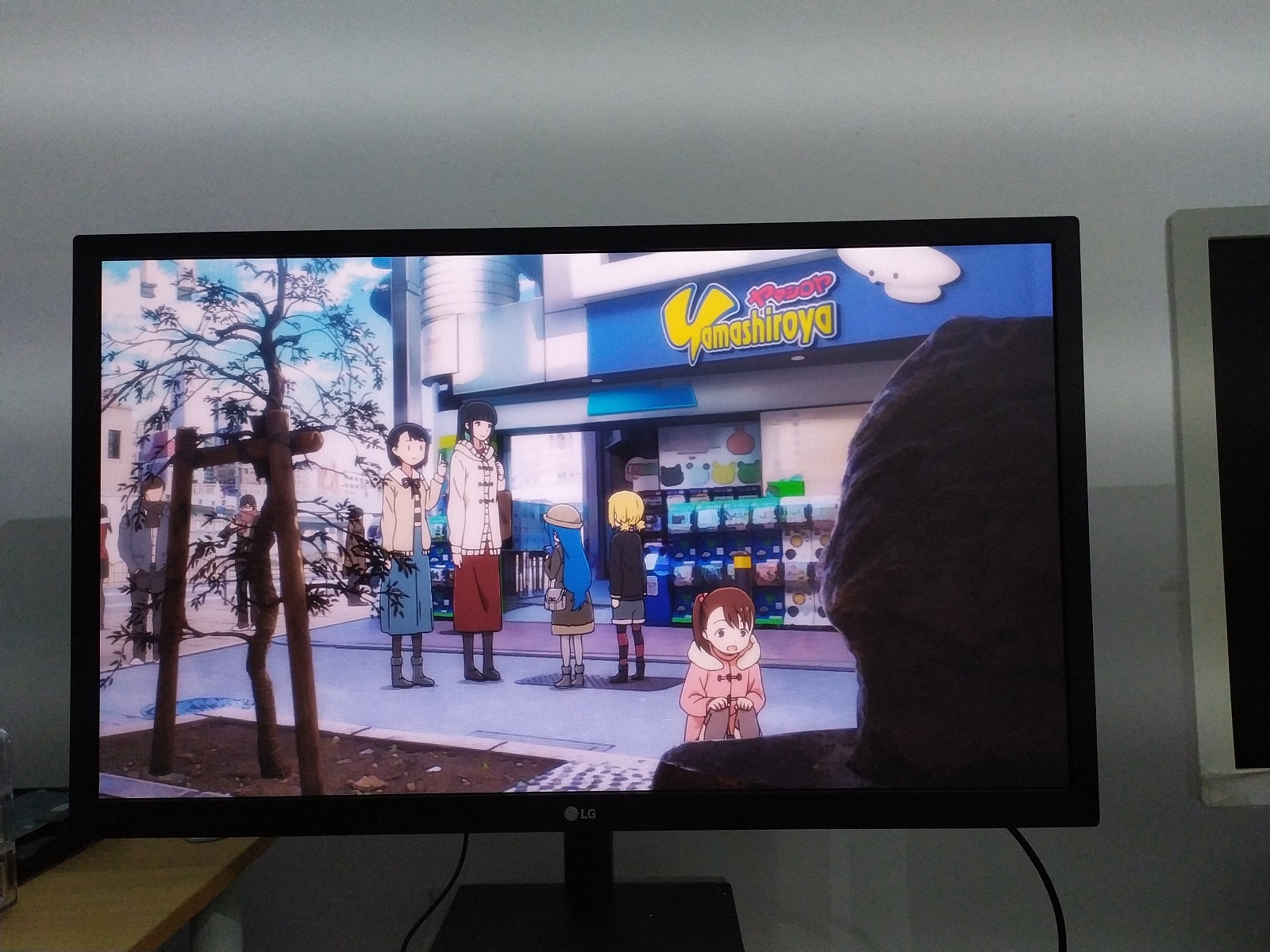 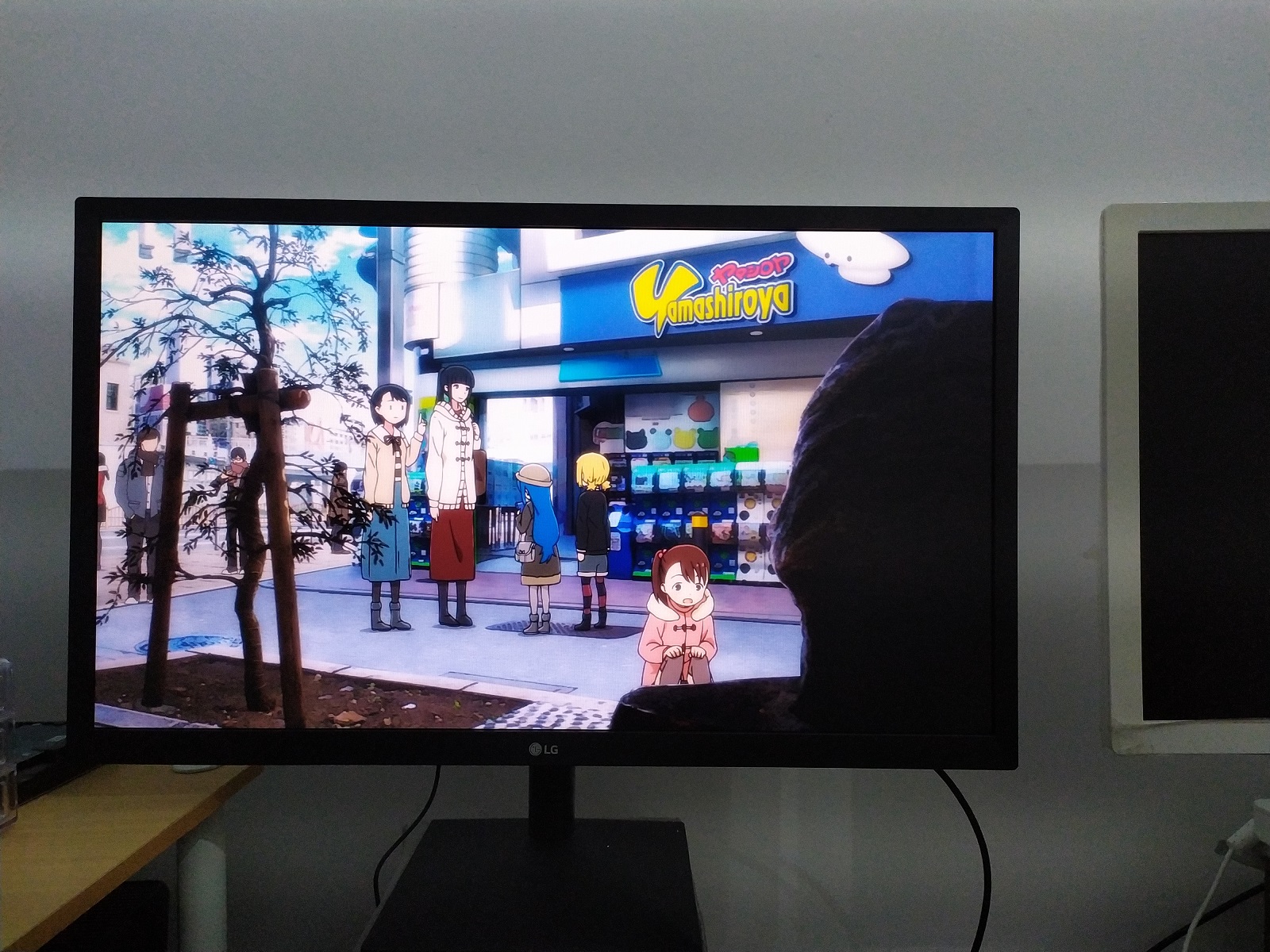 I tried adjusting gamma to mode 3, but it still looks like it has higher contrast. Color temperature is clearly shifted too.

This kind of thing often happens when you overclock a monitor. However this monitor literally has 75Hz written on the specs. This is not how a monitor is supposed to behave when operated within spec.

Anti-glare finish
Strong enough to blur out direct light, yet unnoticeable AG grain. Also absorbs ambient lighting better than the 239C - This is important as the ambient lighting will bounce of the screen and brighten / wash out the screen a little bit, undoing any calibration previously done.

If you had a good monitor from 2012, the 24MK430H is not much of an upgrade. May even be a downgrade if you came from a good monitor e.g. Dell Ultrasharp of early 2010's, although most things would be a downgrade compared to those, even Dell's later Ultrasharps. Which highlights a problem about the market in general - Monitor quality is not improving. And looking at those dark corners, this is definitely a downgrade from earlier monitors which, erm, pretty much most monitors which do not have dark corners.
Last edited: Aug 26, 2019

For such a cheap price for a IPS monitor, I dont expect it to be great.
R

just get a color calibrator and it will solve your color issue :E

Majority of the monitor are too blue extreme than red then green.

robolee said:
just get a color calibrator and it will solve your color issue :E

Majority of the monitor are too blue extreme than red then green.
Click to expand...

Take a look at the photo below, this is close to what my eyes see in a lit room. 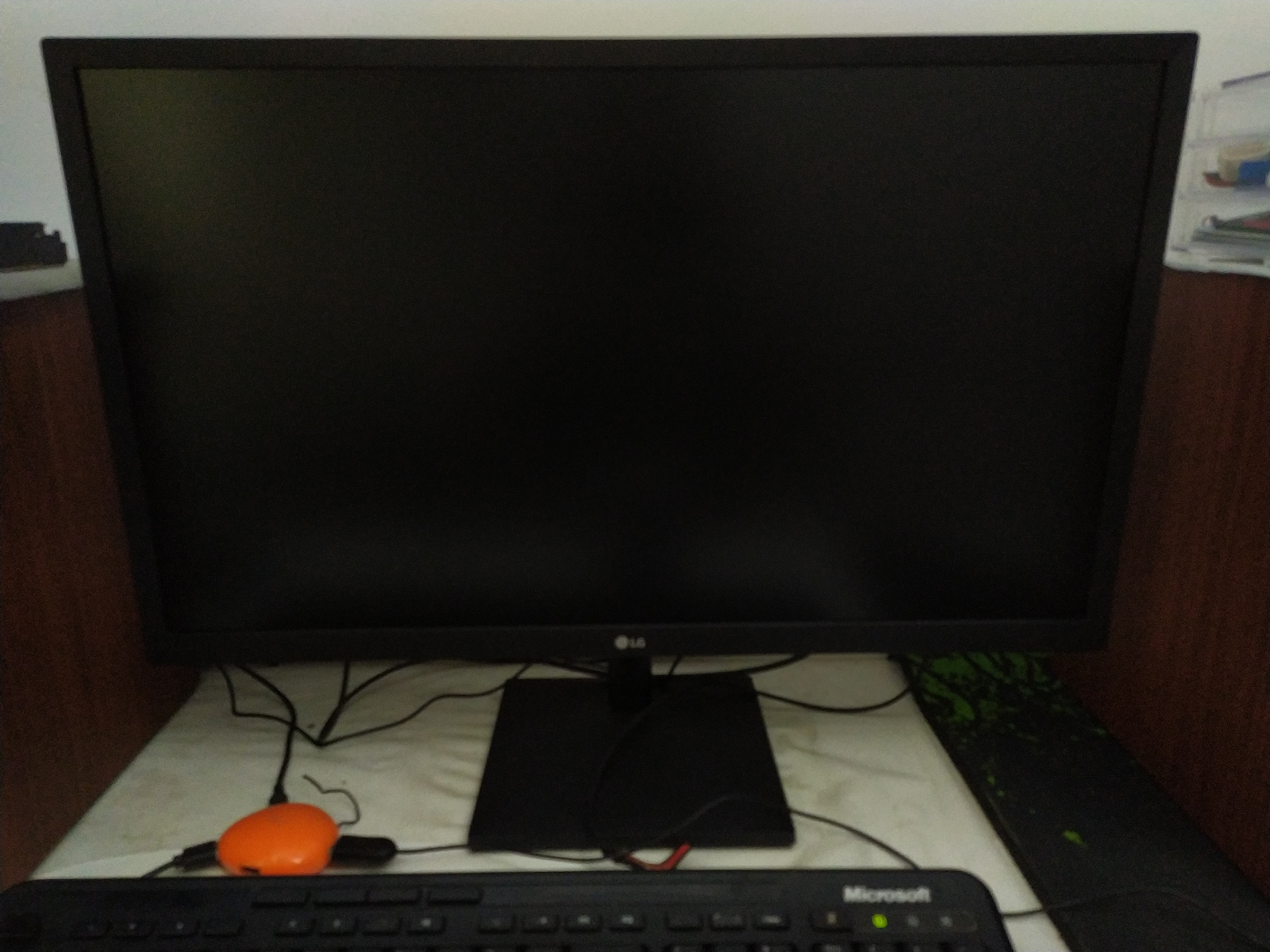 Looks like some glow in the bottom left corner, right?

j/k, this is actually reflection from the table. If I put something on table, I can block it. 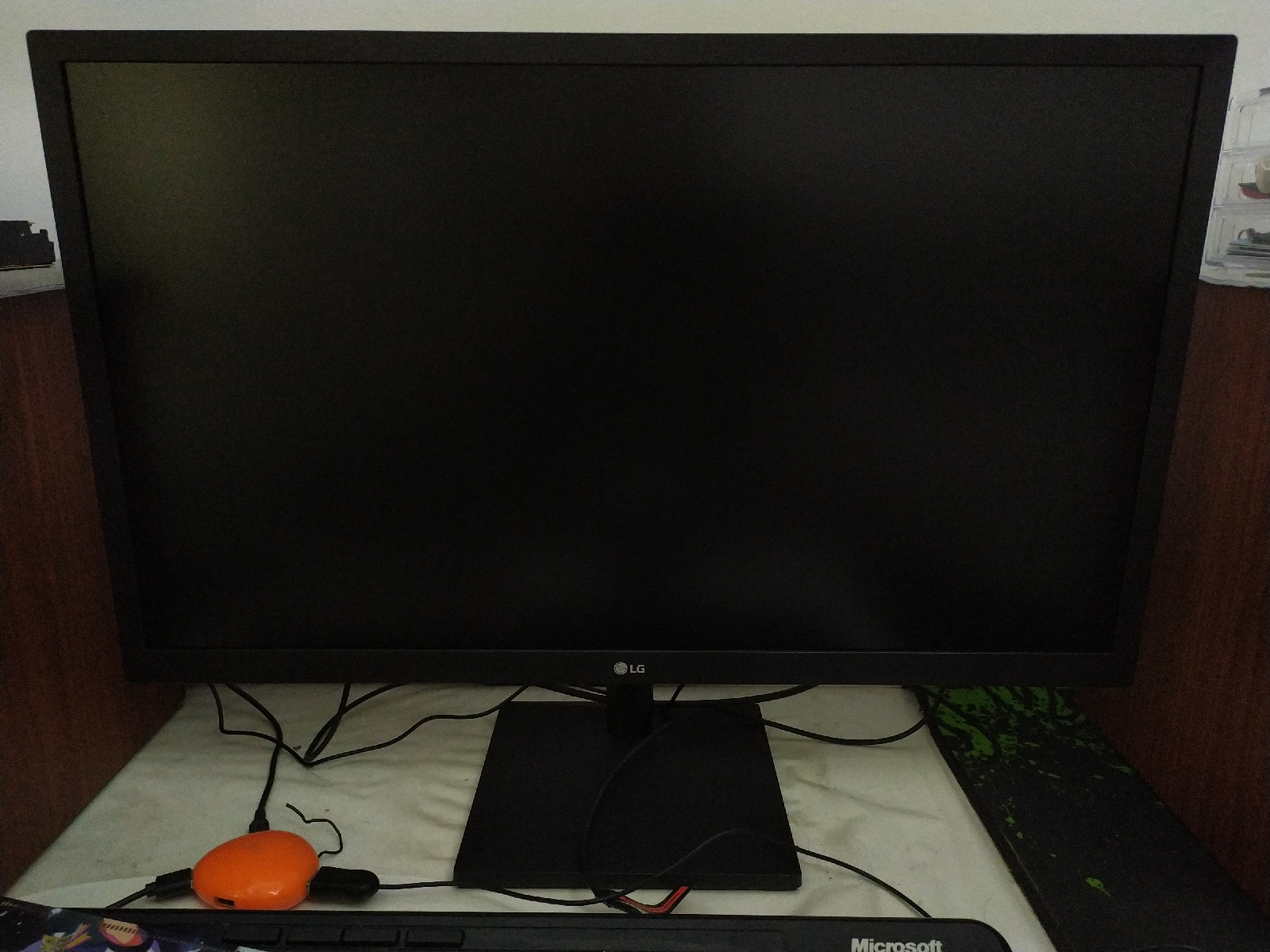 This is why I don't understand why people are so particular about deep black levels. Or glossy screens.

Anyway, with white IPS / TN glow, you can't tell whether it is the room or the monitor, and won't pay much attention to it. With a colored glow however, the tint of the image can change, so you are looking at the in-game minimap change to a different color for example. This is my major peeve about the 239C, which otherwise meet/beat the 24MK430H.

Do you recommend this monitor over the Dell 24" Monitor, SE2419H?

Ah Ken said:
Do you recommend this monitor over the Dell 24" Monitor, SE2419H?
Click to expand...

I beleive Dell has a better IPS panel than this LG monitor.
A

tigerwoods said:
I beleive Dell has a better IPS panel than this LG monitor.
Click to expand...

Ah Ken said:
Do you recommend this monitor over the Dell 24" Monitor, SE2419H?
Click to expand... 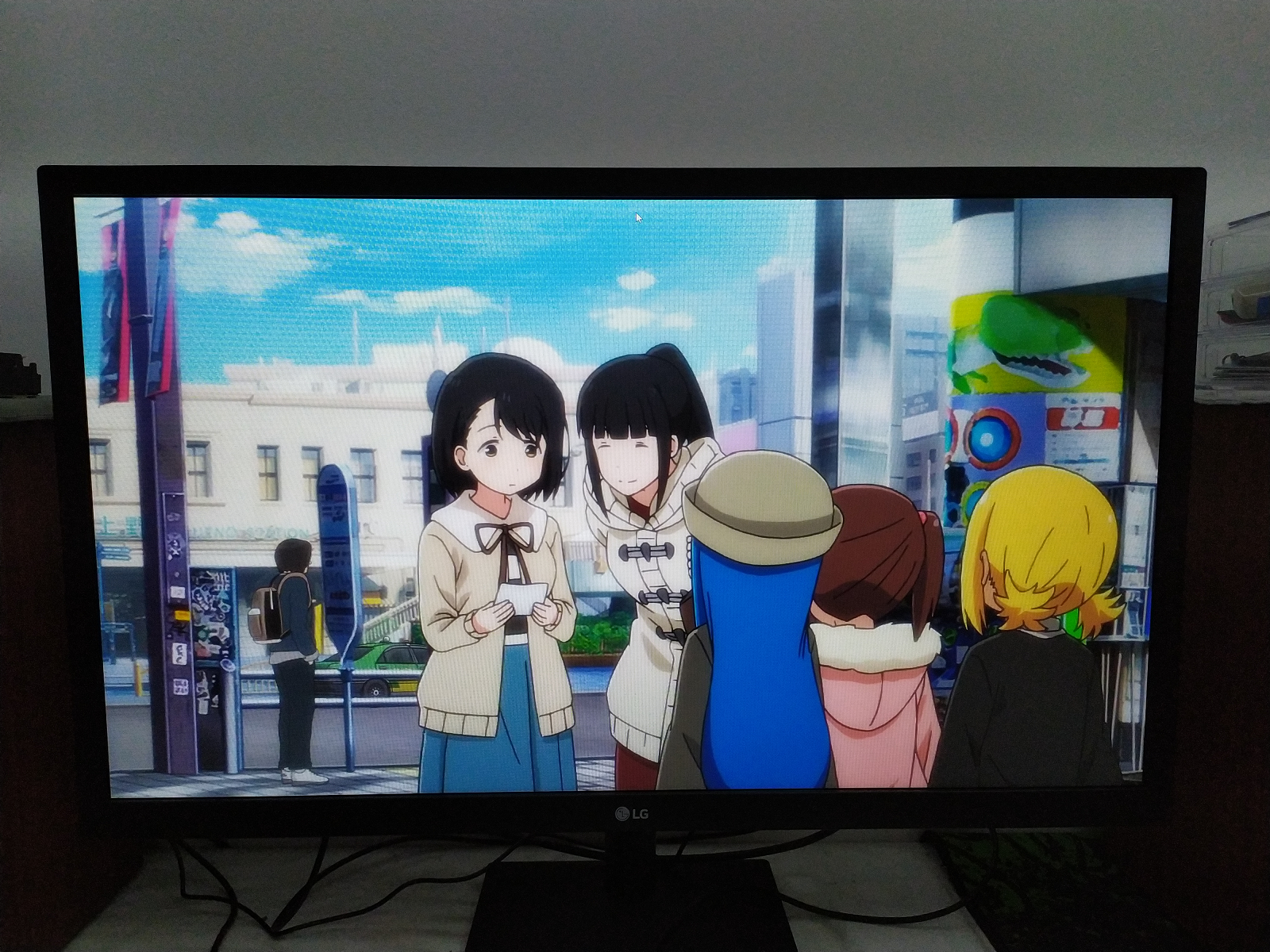 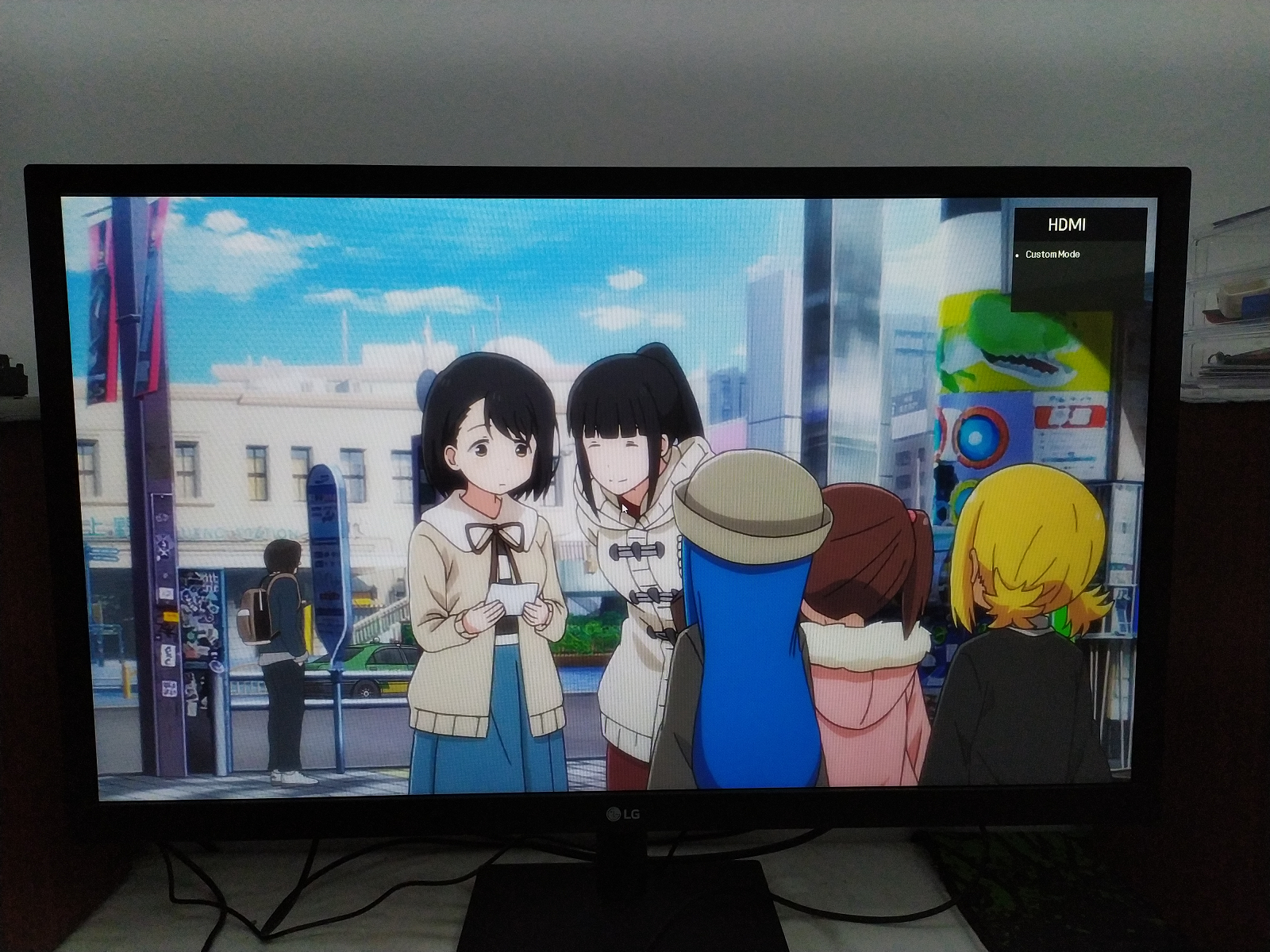 Normally when I see this setting, I assume it to mean Dynamic Range. Well this time it also crushes the colors so that grey becomes white and grey becomes black. Leaving it at high results in a slightly brighter picture, but at least this is within adjustable amounts. Gonna be a pain when I switch between 72Hz and 60Hz tho.

Update: Seems that it only hides the problem and not solve it. Black crush still occurs. 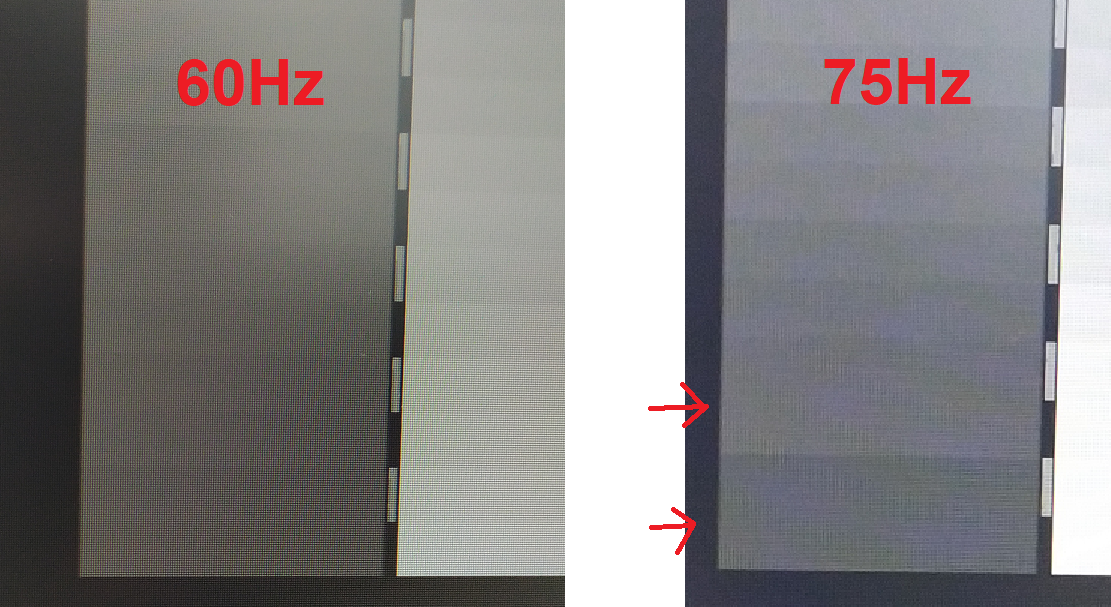 seem like it compensates it, should have been automatically adjusted
You must log in or register to reply here.
Share:
Facebook Twitter Reddit Pinterest Tumblr WhatsApp Email Share Link
Important Forum Advisory Note
This forum is moderated by volunteer moderators who will react only to members' feedback on posts. Moderators are not employees or representatives of HWZ. Forum members and moderators are responsible for their own posts.