I think this should be our starting 11, but maybe can only choose 2 more LKK Martial and Rashford
M

In truth, it’s because Mourinho doesn’t trust his defenders. That’s is why we are playing negative football at the moment. The wingbacks aren’t even pushing up.
M

Fattyboiboi said:
Drop lukaku. Play martial left. Sanchez middle and rashford right can? All 3 interchangeable during the game too.
Click to expand...

How i wish this could happen, but Mourinho always prefers a target man up front.

I can also name 14 other teams who have difficulty beating the 5 teams. So, what's the point? Who actually beats these teams easily?

fat_boyz said:
Not Lindelof's fault in both goals. Both times it was Pogba's lazy marking.
Click to expand...

Not saying is his fault. Jus saying his marking and positioning needs improvement. Progba defensive was not gr8, attacking wise i can see he did improve compared to his prev games.
M 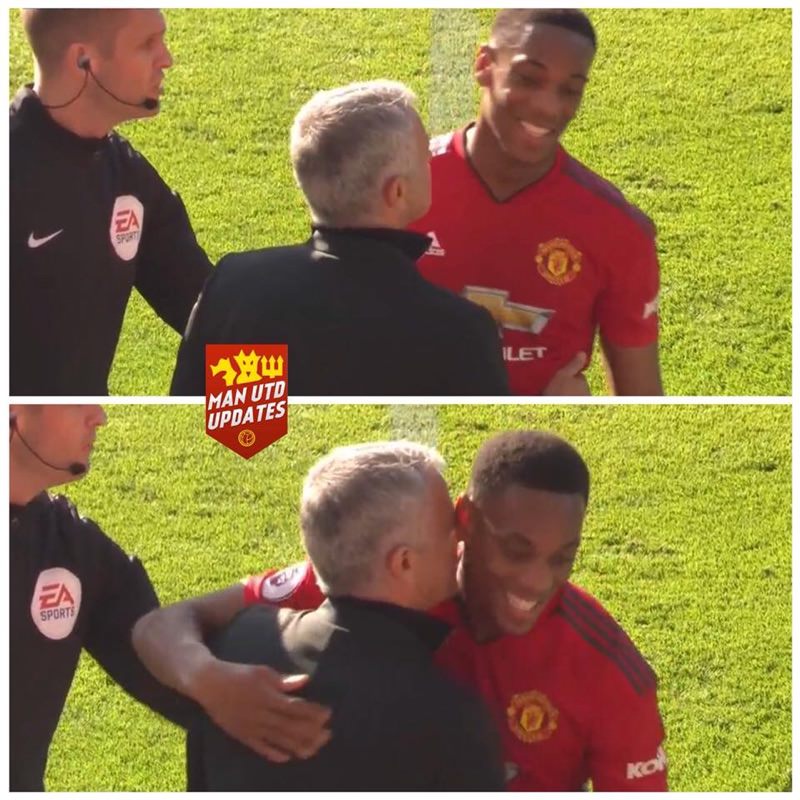 Every games conceding goals how to win games?

to choose i rather our neighbors win than the fools

Sent from Somewhere Out There using GAGT

We are 9th with Leicester and Everton having a game in hand.

Adi Dassler said:
We are 9th with Leicester and Everton having a game in hand.

The point is really useless to us. We are now just a mid table club

Almost as bad as the sucker punch we dealt City back then. We should've nicked it. The only thing I think JoseM should've considered doing was subbing RomeluL instead of AnthonyM. I really really hope he doesn't become to us what EmileH was to Liverpool and OlivierG was to Arsenal. This goes on, he won't even draw defenders to himself anymore.

Didn't seem that I was the only one thinking that PaulP really should've done better. He needs to look at the replays and improve his awareness in defensive situations. I'm probably the only one who wishes we had MarouaneF on during that time, he probably would've been more useful.

VictorL is taking a long time to get acclimatised to the EPL. He seriously looked lost on a few occasions...

Chuffed for AnthonyM in his push for a starting spot. At the very least, it seems a 2nd player is showing signs of understanding what the manager is asking.

Oh, any coincidence that our defensive plays are less effective ever since RuiFaria left? Gives me that feeling of the season after CarlosQueiroz left.
Last edited: Oct 21, 2018

Honestly it wasn't such a bad result. We played well enough in the 2nd half to force Chelsea to chase the game and equalise deep in the 5th min of injury time. If the players/ref didn't waste so much time attending to Rasford's injury and the substitutions, we would have won in the game and inflicted Chelsea with their first and home defeat of the season.

I would excuse the defense for that momentary lapse of concentration cos they were able to stop Chelsea from scoring for more than 75 minutes after that first goal. This match will teach the players the importance of remaining focus no matter how much added time is added after the 90mins.

I doubt any team other than the top 3 teams stood a chance to beat Chelsea, not to mention at their home ground and since we are a mid table team, having gone that far we have almost beaten the odds and caused a major upset. It's more of a 2 points lost to Chelsea than a 1 point gain for us with the way we are playing since the start of the season.

Didn't anyone noticed that the players out there are the same ones that took us to 2nd place last season? None of our summer buys took part in today's game yet it is proven today that we do have the players to challenge for the top 4 spot at the very least and not be struggling like how we are now.

Can you imagine how good the team can be if the players are not performing below par. If everyone puts in a decent performance (average rating 6), we should have no problem beating mid to bottom teams. An above average performance by all the players and we could even beat Man City.

Can't wait to watch the Juventus game. If Martial continues his fine form, we just need another 1 or 2 player to step up a gear (preferably 1 defender and DDG) and we have a chance to win it this Tuesday.