We’ve not had a lot of training since so we had yesterday off, today’s the first day back. Rom, Anthony and Alexis were light yesterday so hopefully they can join part of the training today, let’s see how they come through. Marcos and Scott look like they can take part soon. Smalling’s got a sore foot so I don’t think we’ll see him until the New Year, maybe not before Spurs, probably, but you never know.

Made such a big impact in the space of the week but do you look and think this isn’t real because we are sixth in the league and there are problems we need to address?

There are things we need to improve we are in this position for a reason, we’ve not been consistent, not been able to keep clean sheets, not scored enough goals, conceded two goals on set pieces now, now but the open play of defending has been good but we need to get back to the habit of not conceding goals. There’s loads of things, in a team of football you always look to things to improve on. I’m coming from the outside, it’s hard to make a difference, my job has been to speak to the players, know their feelings, confidence levels, every single one has a responsibility to improve.

On Lukaku and Sanchez

You seem to have got better performances out of Pogba can you do the same for Alexis and Lukaku because they’re two other big players who haven’t performed in the way they should?

I think you put it the wrong way, I cannot do anything for their performances on the pitch, Paul has done it, my chats with Anthony, Rom, Alexis, I’m here to give them on the path and it’s up to them to do it on the pitch. I don’t agree that I’ve done that with Paul. It’s up to them when they get a chance that’s the name of the game as a footballer, you’ve got to do it yourself, I gave some guidelines of course on expression, freedom of expression but that’s how I’ve always been as a manager you can’t tell what the players to do in this position. They are here for a reason it’s up to them to use their imagination and creativity just enjoy playing for this club, that’s the best time of your life, but it’s not a bad time to be manager for a while.

On Pogba he shone in an attacking sense is he showing everyone he can be the player to build around?

I think Paul’s a top top player. He’s one of the best top top players in the world, attacking wise he’s done really well but he’s a big lad, can win headers, tackles, he’s been the same as the others. The attitude has been perfect and that’s key, you should be tired towards the end of every single game he’s been top class and we’re looking to build a team around of course but there are so many quality players

You gave Gomes a run out, are you still going to give other young players a chance?

As Sir Matt once said,if they're good enough, they're old enough." We’re built on that tradition, we need young players coming through, it’s important in the academy, I am looking to bring players through, we have two or three top talents in the U18s that are knocking on the door now, we’ve had a couple of injuries and fatigue has been involved but then they’re ready to step up. Neil and Ricky they keep me filled in.

Valencia was named captain, is he going to be your captain too?

Antonio is the captain when fit, hes going through a couple of tough sessions now to get him ready for the busy period, there are not many more better right backs going forward with his abilities so you’ll see him wearing his band.

You learnt a lot from your experience at Cardiff but what was one of the things you might have learned from that experience?

Of course when I came in it was a completely different situation in a team that was struggling, fighting against relegation, newly promoted so coming back into here was a different ball game, you expect to win every game, players expect to win every game, Cardiff had loads of respect for the opposition, it was harder than I thought coming in and of course less rotation I would’ve done if I had the chance again, because in a struggling team it’s more difficult to come into a team that’s coming in to an attacking football.

On the mood in the camp

Why do you think the mood has changed so much in a short period of time?

What do you think has been wrong with Lukaku and Sanchez, especially Sanchez who has struggled this season?

I cannot tell you, I’ve just been looking at the team, so many good players and when you get these confident looking forward to games we have a confident squad, it is we back then, it’s part of me.

But it’s a different thing when you’re fan on the outside, it’s very easy to see he should be playing, suddenly you end up with six forwards, six centre backs, my thing now is how Romelu, Alexis, Anthony, Jesse, Marcus, Juan, six forwards, will you play with more than four at a time? I’m not sure? The rotation and communication between players is important.
C 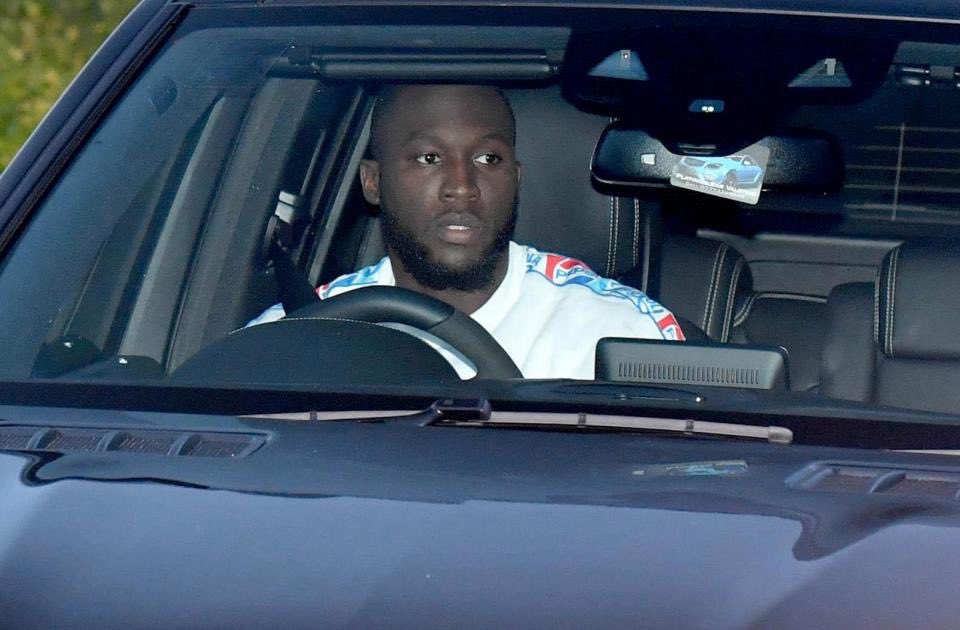 RoShaun Williams is training with the 1st team 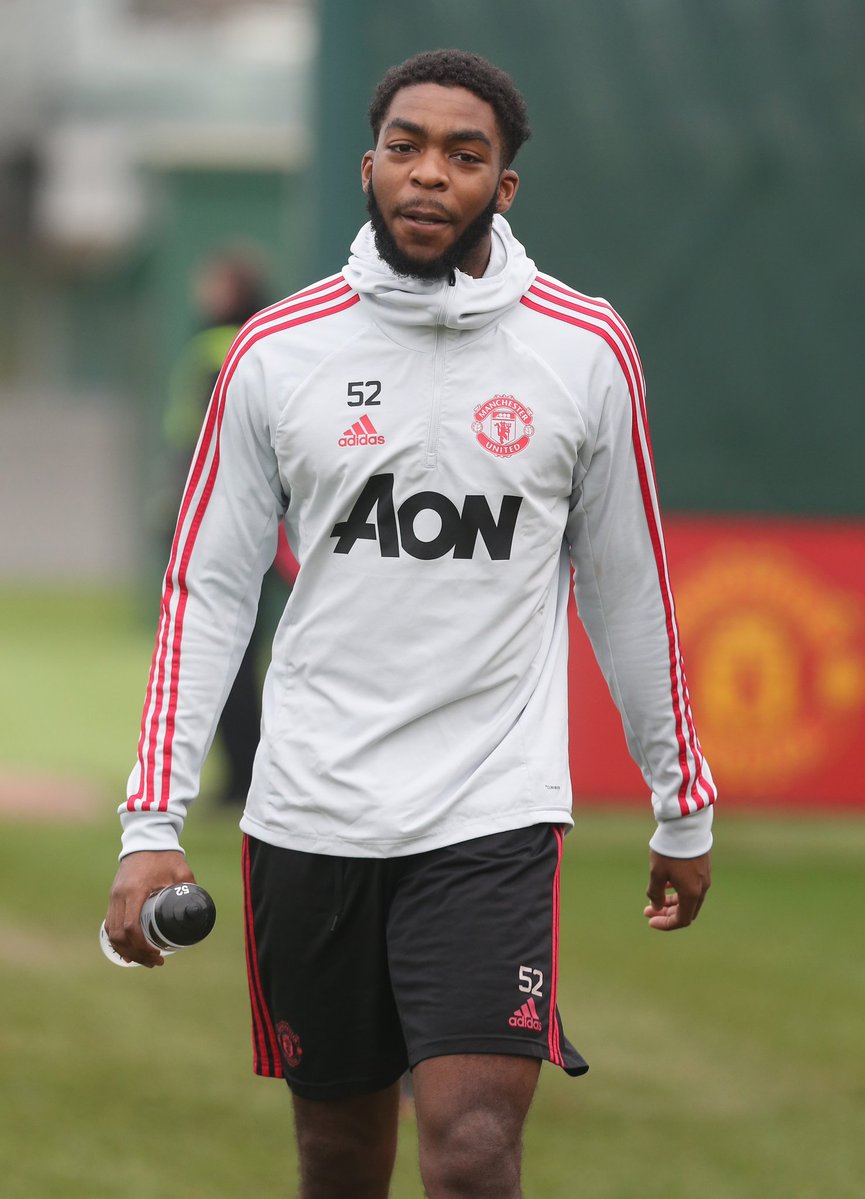 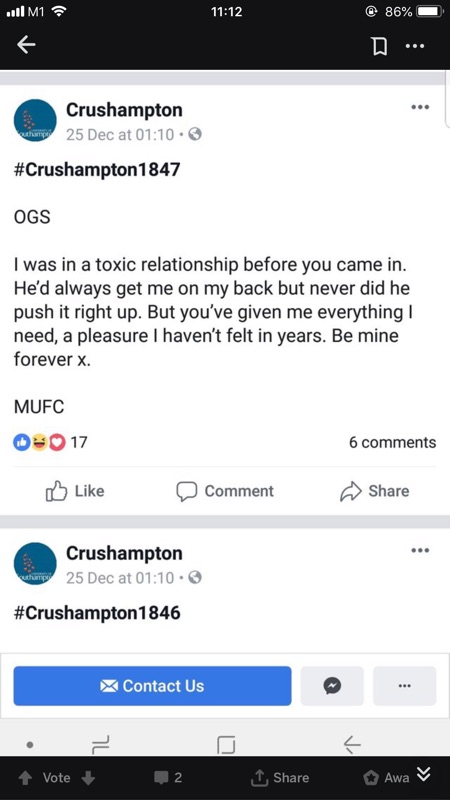 Former academy coach Mark Dempsey has joined us again. He worked with Solskjaer back in Norway and at Cardiff.

chengsun said:
RoShaun Williams is training with the 1st team

Who's the one beside Scott?


19dino said:
Who's the one beside Scott?
Click to expand...

Heard good things and bad things about him, hope more like AP instead of RM..

Mitchell is sold or loan? I don't mind him playing for Shaw once awhile.

Mitch is on loan

Asakura said:
Mitch is on loan
Click to expand...

Great news, Shaw instinct is get pass the man and attempt to cross, being a defender by trade. Mitchell is converted winger to fullback, hope he will not hesitate to shot from the edge like how Rashford got his goal against Cardiff.

Luis Campos, who spoke with José Mourinho for 90 minutes last week, on if his relationship with Paul Pogba resulted in his sacking: "Absolutely. But it come down to results. When a team isn't performing, the coach pays for it. He wasn't capable of implementing his style." (TF1)
https://twitter.com/GFFN/status/1078659997536579590

News now is Christian Pulisic going to Chel$ki in the summer. Why aren’t we going for him? He can be our AMR/RW.

ticcan said:
Arse loss won’t mind we can go within 3 points if we beat bournemouth
Click to expand...

Ya and Liverpool wins the title by April.
T

Hyruga said:
Ya and Liverpool wins the title by April.
Click to expand...