Jesse Lingard is the 3rd player to have scored in FA Cup Final, League Cup Final and Charity Shield at Wembley. The other 2 are Mark Hughes and Ian Rush.

Jose Mourinho has aimed a dig at Luke Shaw by claiming that Harry Maguire will need to cover the left-back ‘a lot of times’ during Manchester United’s defensive situations this season.

Mourinho was working as a pundit for Sky Sports for United’s Premier League opener against Chelsea on Sunday and during the half-time break, the Portuguese highlighted one situation where Ole Gunnar Solskjaer’s side had been left exposed down Shaw’s left flank.

‘When a player is attracted to the inside and then Magurie is the one who has to jump on the outside, the United midfielders are not closing the space in the box,’ said Mourinho. ‘When Maguire is attracted to cover Luke Shaw, and he has to learn that he has to do this a lot of times, during the season he will learn he needs to do that.

He's not wrong though.

Look at how rarely Lindelof needs to cover for AWB. Compare it to Maguire-Shaw. Attacking wise, AWB doesn't offer alot lesser than what Shaw did recently.

If I'm the opposing team, I will ask my players focus attack on Shaw's flank too

Veron4 said:
From lvg to mourinho and now to ole, all these managers likes to play him when he is available. I don't know why a Player with poor first touch, poor finishing, poor passing can start whereas Mata, a much better Player struggled to have a new contract, cannot start every game.
Click to expand...

OGS plays high pressing & among the front players, Lingard presses the best in terms of intensity and quickness. We all can't deny this. He's one of the reasons why we can get possession back in the middle of the park quickly in Wolves game. He presses the defense line, the midfielders, pressure them to misplace their pass.

But he bobo shooter.. and rarely plays the telling pass for our strikers to score, unlike Pogba or Mata.
C 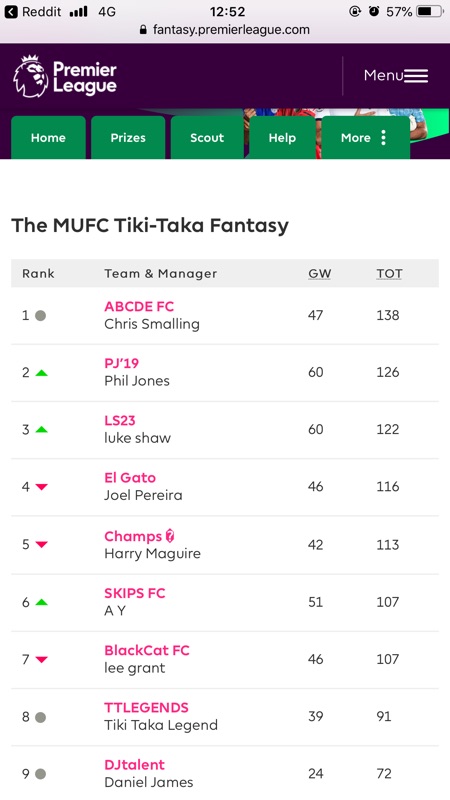 straweffigy said:
He's not wrong though.

Look at how rarely Lindelof needs to cover for AWB. Compare it to Maguire-Shaw. Attacking wise, AWB doesn't offer alot lesser than what Shaw did recently.

If I'm the opposing team, I will ask my players focus attack on Shaw's flank too

Opponents will focus on Shaw because they will have a good chance of getting pass him than AWB. AWB tackles well & is fast so it is difficult to get pass him.
J

This was the main reason Wolves was able to get into the Europa after gaining promotion to the Premier League. If Wolves can repeat this against Chelsea & Arsenal this season, Man Utd may have a chance to get in the top 4. Man Utd will need to beat Arsenal this season.
Last edited: Aug 21, 2019

Twitter and Manchester United representatives will meet within the next few weeks to discuss the racist abuse aimed at Paul Pogba following Monday night’s game with Wolves.

I have big respect for Alexis
But I'm having a big laugh when he is odds on 151.00 to be this season epl TOP scorer
J

ANTHONY MARTIAL has had his fair share of critics since joining Manchester United four years ago, but the man who first spotted his talents as a 13-year-old believes this will be his year to shine.

If he wants to be among those Man Utd top strikers he will have to score 2 or 3 goals in certain games.

Can score 30 goals and win against other 15 teams can Liao..

ticcan said:
Ole need to show his power and drop Lingard his awful performances does not warrant his place in the starting 11
Click to expand...

Former RB Leipzig sporting director and coach Ralf Rangnick has indicated that Manchester United are paying for the multiple mistakes they made in transfer windows following Sir Alex Ferguson’s retirement.

Manchester United have been one of the biggest spenders in the market since Ferguson’s retirement, but they have not come close to challenging for the league title in the last six years.

They have also not been a regular in the Champions League and the club are hoping to rebuild with a new approach under Ole Gunnar Solskjaer going forward.

Rangnick has blamed Manchester United signing the wrong players in multiple windows for their failures on the pitch over the last six seasons.

He feels in too many transfer windows the club have wasted money on the wrong players and are now paying for those mistakes.

“Since Sir Alex [Ferguson] left they were underperforming”, Rangnick told the Times.

“They haven’t won the title since he left. At any club, if you cannot get the right players, then you should at least not sign the wrong ones.

“You are in trouble if you do that in one or two or three consecutive transfer windows.

“Then you must have the best possible coaches to develop these players.”

Rangnick is currently head of sport and development soccer at Red Bull, eyeing developing teams in New York and Brazil.

Manchester United are working on bringing in a new technical director, but the German stressed that he is happy in his current role.

“I am happy in my current job and it would take a lot to lure me away right now", he said.

“There is a lot of space for a vision for United, but I am very happy where I am.”

Over the last two years Manchester United have also been hamstrung by the early closing Premier League transfer window, meaning less time to do deals.

The actual interview article is from Times, behind paywall
https://www.thetimes.co.uk/article/...ould-be-more-like-car-manufacturers-0kdmk8m7v
T

Alexis Sanchez's move to Inter Milan remains in the balance, leaving Manchester United still facing the prospect of paying the Old Trafford misfit a staggering £61million over the next three years.

Signing Sanchez & giving him a high weekly wage is the worst deal Man Utd ever made.

Fug bukake ,
If he had put away those chances against spurs and arsenal, manutd would be in the champions league this season

Alexis scored 5 in 45 , no need to scapegoat him. The statistics speak for themselves

As for Pogba, for all his brilliance, he went missing in50% of the matches
His mistakes probably cost Manutd 10 points last season

When you bunch of assholes were paid record salaries and transfer fees,you are expected to deliver. Not cry victim when you failed