fat_boyz said:
He can definitely contract it... just that he can't pass it to anyone

Wah, this reply is good.
T


This Godin machiam the new Gaitian, almost every year linked to Utd

Will sancho really join us?????

ragnarok95 said:
Will sancho really join us?????
Click to expand...

What's left of the league by the end of this crisis?
H

How come no one ask if King Lukaku or Ashley Young is alright in Italy?

Or loanees Alexis and Smalling?

Hyruga said:
How come no one ask if King Lukaku or Ashley Young is alright in Italy?

cant be bother at all.. maybe alexis n smalling.. the other 2 not my problem

Scientifically speaking, athletics have a stronger immune system as they are always "exercising" and fitter than most of us. So even if they contracted the virus, the chances of them not feeling any different are higher than us. Of course, this is assuming they do not have any unknown preexisting symptoms. So, don't worry about them, worry about ourselves instead.

Instagrammer Lingardinho at it again...

Too bad, if he has actual football skills it wouldnt be fake.

Year 2021 will be hosting the Olympic, Euro and Copa wow quite a packed year for sports
T

Jude Bellingham going to snub us and sign for Dortmand?

Dortmund is a buy low sell high club.
They get Jude, we get Jadon from them.
Let them train Jude for a few years for us.
T

If you are Jude, would you come to United to play second fiddle to the likes of Lingardinesta and Tiki Taka Legend? They are miles ahead in the pecking order.

Look at Gomes and Garner and Chong. Real actual youngsters who perform well in the reserves but no chance to impress in first team.

(^@^)" said:
Jude Bellingham going to snub us and sign for Dortmand?

that's the way it is when playing for a big club, and especially one that is not getting the results. can't expect the manager under pressure to give indefinite chances to untested players. "playing youth" isn't as easy as it seems. and the many times we given youth like Brandon and Mason chances was when injury struck and they are next available or like Daniel who's the only winger we have.

a lot of kids play very well in reserves but cant step up in the first team. that's just the level they are at and its better they move on soon.

Mason also given 10mins every time too, but took his chances well and im not referring to scoring but his movement on n off the ball are really not bad for his age, deserves getting picked. but u cant say the same for Chong Gomes etc.

now that results are picking up since Bruno came, maybe the manager has some breathing space and can give them chances again, we'll see when football resumes.

TahithC is ok with quick feet and pretty decent technical skills, but decision-making and final execution a little inconsistent. And compared to MasonG, he is a little too scrawny and lacking in body strength. EPL remains a very physical league, just see how weak players like AngelDM gets frightened off.

Angel Gomes will need to bide his time if he wants to break into the team. He has an outstanding example to learn from in BrunoF and if he can persist and develop, then he will get a chance. But if he doesn't have the confidence to compete on equal footing rather than relying on the "from-the-academy" tag, then I wouldn't say it's a major loss for United.

We've seen how critical the central midfield and defence positions are. When the flanks are iffy, the central players have to take on additional loads, and that's why we can still afford to have "untested" players on the flanks. Which is also why despite how individually outstanding AaronWB is, the defence was still in pieces and tatters at the start of the season.

Anyway, it doesn't look like the season will be able to resume in time. With the explosion barely beginning in UK, I reckon it will take at least a month for things to calm down before they even consider resuming.

Anybody just watching throwbacks to old matches?? kept appearing in my feed..
H


Singapore Premier League season suspended
Effective immediately, the current campaign will be suspended until further notice in light of new measures introduced by the government to deal with COVID-19


Singapore Premier League season suspended
Effective immediately, the current campaign will be suspended until further notice in light of new measures introduced by the government to deal with COVID-19
Click to expand...

possible 3rd kit for next season. 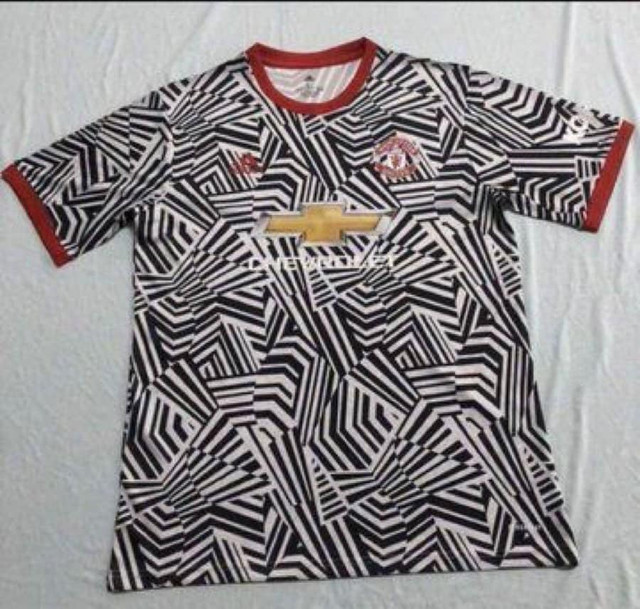