Actually is understandable the clubs at the bottom of the table now if they dont want to treat this season as complete, relegate, it's sort of livehoods, maybe some want a fighting chance. At this kind of times some more. If you losing your job title, maybe you also not feel good...
T

Nah come from the top 6 clubs so will still proceed.

I remember that time EPL only stopped when Arsenil manager tio and also the kid from Chelsea tio.


Asakura said:
will still proceed. more money involved in not carrying on with the matches
Click to expand...

The Premier League has confirmed on Tuesday there were six positives from three clubs for coronavirus after tests were carried out on 748 players and staff.

On Monday, the league announced that clubs would be allowed to restart training in small groups within the next 24 hours with no date set for league fixtures to restart.
Click to expand...

This one only PL, mean the top 20 clubs in england only. 748 divide by 20 give you around 37 players and staffs per club which is totally reasonable. This test is not carry out across all division but only the PL. If across all division, 748 is way too little.
Last edited: May 20, 2020

now need to resort to this to earn money?

Manchester United, one of Europe’s top football clubs, has sued Football Manager series creator Sega Publishing and Sports Interactive (SI Games) for allegedly infringing on the use of its trademarked club name “extensively throughout the game” according to the Guardian.
The football club also alleged that SI Games infringed on their trademark by not using the actual Manchester United logo, and instead using a simpler default red and white logo.

Manchester United stated that this “deprives the registered proprietor of its right to have the club crest licensed.”

Sega and SI Games have rebutted by saying that the use of Manchester United’s name is “a legitimate reference to the Manchester United football team in a football context” and added that the club name has been used in the video game franchise since 1992, when it was known as Championship Manager, according to the Guardian.
Both sides of the lawsuit exchanged statements asserting their own control over or freedom to use the club name.

Manchester United lawyer Simon Malynicz QC stated that the club’s name is one of the most valuable brands in the world, adding that the money received from licensing is “very significant,” and that Sega’s use of the Manchester United name benefits their own properties.

“Consumers expect to see the club crest next to the name Manchester United,” Malynicz said, “and this failure to do so amounts to wrongful use.”

Malynicz asked Mr. Justice Morgan, the judge overseeing the lawsuit proceedings, to allow Manchester United to amend the claim against Sega and SI Games to include the use of patches and mods, arguing that the use of such modifications allows players to incorporate the Manchester United logo into their game without proper licensing.

“The claimant has acquiesced in the use by the defendants of the name of the Manchester United football team in the Football Manager game and cannot now complain of such use,” Sega and SI Games said in a written defence.

Sega and SI Games also added that efforts to prevent the companies from using the Manchester United name “would amount to an unreasonable restraint on the right to freedom of expression to restrain the use of the words ‘Manchester United’ to refer to a team in a computer game.”

Wyand also pointed out that SI Games and Manchester United have already established a mutually agreeable business relationship of sorts.

“Copies of the game have also been sent by SI to a number of officials and players at the [club] for a number of years and there have been a number of positive press comments and tweets about the game by them,” Wyand stated, adding “further, the claimant’s staff working in the data analytics and scouting teams have contacted SI on various occasions asking for access to the Football Manager database for scouting and research purposes.”

Justice Morgan has reserved his judgement on United’s proposal to amend its claim for a later date, the Guardian reported.

IGN has reached out to SI Games for additional comment.

Heard our club in debts of more then 400m

This is too low. I have been playing FM in the past since eons ago. Why conduct such an unreasonable lawsuit. Bitter aftertaste...

Pretty sure that would be thrown out - it would be an awful precedence.

Doomsday said:
This is too low. I have been playing FM in the past since eons ago. Why conduct such an unreasonable lawsuit. Bitter aftertaste...
Click to expand...

so fm 2021 manchester united will have some fake name and i have to download some custom patch to fix the name ?

Swordsman said:
so fm 2021 manchester united will have some fake name and i have to download some custom patch to fix the name ?
Click to expand...

Juventus already have some weird name.

BPL halted, so no TV income for the bloodsucker Glazers so they have to resort to underhand tactics to gain back money.

dennis7w7 said:
BPL halted, so no TV income for the bloodsucker Glazers so they have to resort to underhand tactics to gain back money.
Click to expand...

Byebye Ighalo? It's been short but a good run..
T

What a shame, he only play like less than 10 games. Shanghai Shenhua does not want to let him go unless their asking price is met and we don’t want pay the sum they want.

ticcan said:
What a shame, he only play like less than 10 games. Shanghai Shenhua does not want to let him go unless their asking price is met and we don’t want pay the sum they want.
Click to expand...

understandably for a loan player who want to pay so much

Marcus Rashford has received a special recognition award from The High Sheriff of Greater Manchester for his recent charity work, helping combat COVID-19. 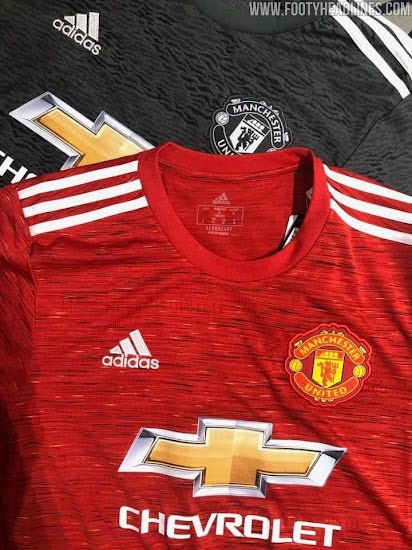