Official. Niklas Süle will leave Bayern as free agent at the end of the season, Oliver Kahn confirms: “The negotiations were long. We made him an offer. Süle didn't accept it”.

“We know that Niklas wants to leave the club at the end of the season”.

hope Donny get some game time at Palace

This is some incredible stats.

jahtl62 said:
This is some incredible stats.
Click to expand...

every hyped youngster got incredible stats.

rashford also has a lot of 'incredible stats' when he broke into the first team under LvG.

Another scandal. Players that had been involved in negative news maybe because they think they are highly paid & can do whatever they want.

Ralf Rangnick inherited a bloated squad when he was appointed as Manchester United interim boss in December.

The German had two major short-term tasks at Old Trafford: to stabilise results on the pitch and to trim down the squad by identifying which players needed to be moved on.

There are also ongoing talks over Donny van de Beek and a possible loan exit, while Jesse Lingard may also be moved on with Phil Jones also potentially on the way out.

Should those moves come to fruition, that would be five players cut from the first-team squad for the next four months and opens up the door for young players to make the step up.

This means that there is likely to be more positivity around the dressing room with every player now believing they are fighting for a starting spot.

With Nemanja Matic, Juan Mata, Edinson Cavani and Paul Pogba among those out of contract this summer, Rangnick is likely to have funds available to shape his squad in his own image.

The coming months provide teenagers with an opportunity to catch Rangnick’s eye in training and persuade coaches at the club to give them first-team minutes ahead of spending more money in the transfer market.

Although Pochettino, who remains eager to take over the reins at Old Trafford, only has two trophies displayed on his CV, he is considered as an elite-level manager and one that will continue to get better over time, as proven by the trajectory his career has been on in recent years.

Despite his time in charge of Tottenham not producing any silverware, it was Spurs' development under his stewardship, plus the rise of several homegrown talents, that made his time in north London so admirable and impressive.

"There is big pressure to win when you are a big club," Pochettino said, speaking back in 2017. "But for me the best example in football in many years was Manchester United with Sir Alex Ferguson – and what he created with young talent from the academy or from England. It created the core of a team that won everything. That is a good example for me.

Furthermore, being inspired by Ferguson's philosophy to promote from within is bound to guarantee Pochettino immediate support from the United faithful and the players.

However, by having already declared his admiration for Ferguson's approach of building from within, either with homegrown talent or academy graduates, it bodes well for United's future. The first team is already awash with English talent that has not yet reached its ceiling and the academy is producing homegrown talent that has the potential to become household names in years to come.

Mauricio Pochettino is one of the frontrunners to become Manchester United's next permanent manager.

Greenwood gone case
Head too high up in the air

jahtl62 said:
Declan Rice will cost at least £100 million & there is no guarantee he will be successful if Man Utd signed him. Look at those high transfer fee players that Man Utd had signed: Lukaku, Pogba, Maguire & Sancho. Lukaku already no longer with Man Utd because he was not suitable. Pogba will be leaving for free. Maguire is slow & mistake prone. Sancho under performed as he only scored 1 goal.

WhiteHunter said:
fred is not a dm. he is box to box. utd dm is matic but slow.
Click to expand...

agreed.. become scapegoat for us to scold..

its a good start, need to keep it going and don't let it become his head big.
J

Newcastle United are in talks with Manchester United over a loan move for goalkeeper Dean Henderson. 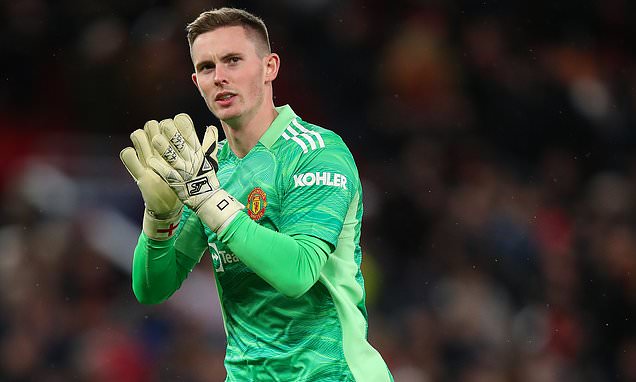 The England international has been desperate to leave Old Trafford after months of frustration being understudy to David de Gea, and could now be now set for a move to Tyneside.

Donny to Everton on loan. Hope he get his playing time there.

the kid head is getting bigger and also selfish. time to sell him at the end of season.
J

ragnarok95 said:
Donny to Everton on loan. Hope he get his playing time there.
Click to expand...

Man Utd players who want to leave on loan get approved by Man Utd except Lingard.
You must log in or register to reply here.
Share:
Facebook Twitter Reddit Pinterest Tumblr WhatsApp Email Share Link
Important Forum Advisory Note
This forum is moderated by volunteer moderators who will react only to members' feedback on posts. Moderators are not employees or representatives of HWZ. Forum members and moderators are responsible for their own posts.