I have decided to start a thread to consolidate all upcoming and ongoing ASUS game bundles updates moving forward.

For easy reference, please see this list for all updates in this thread. Please click on individual titles to be directed to the posts.

If you encounter any problems with your game redemption, please:
1) PM us
2) Send us an email at Marketing_sg@asus.com
3) Send us a message on facebook.com/asus.sg

A new saga begins for one of the most acclaimed video game franchises in history. Gears of War 4’s tense and brutal new campaign features JD Fenix – son of legendary hero, Marcus Fenix – and his friends, Kait and Del, who must rescue the ones they love and discover the source of a monstrous new enemy. And for a limited time, Gears of War 4 is free when you get Game Ready with an ASUS GeForce GTX 1080 or 1070 graphics card.

Mafia III is developed by Hangar 13 and published by 2K. It is the third installment in the Mafia series, and the debut title for Hangar 13. Set in 1968 in the city of New Bordeaux, a fictional recreation of New Orleans, the story revolves around Lincoln Clay, an orphan and a Vietnam War veteran, who is on a quest to tear down the city’s Italian mob and build a new crime family on the ashes of the old.

**For Singapore - Redemption is valid with eligible purchase of ASUS graphics cards only. ** Originally created by legendary game designer Sid Meier, Civilization is a turn-based strategy game in which you attempt to build an empire to stand the test of time. Become Ruler of the World by establishing and leading a civilization from the Stone Age to the Information Age. Wage war, conduct diplomacy, advance your culture, and go head-to-head with history’s greatest leaders as you attempt to build the greatest civilization the world has ever known.

Civilization VI offers new ways to engage with your world: cities now physically expand across the map, active research in technology and culture unlocks new potential, and competing leaders will pursue their own agendas based on their historical traits as you race for one of five ways to achieve victory in the game.

Play as Marcus, a brilliant Hacker, and join Dedsec in San Francisco Bay Area and launch the hack of the century: take down the ctOS 2.0. For a limited time, Ubisoft’s Watchdogs 2 is free when you get Game Ready with an ASUS GeForce GTX 1080 or 1070 graphics card.

In Episode 6: Hokkaido, Agent 47 will travel to Japan and must locate two targets in this climactic Season Finale. 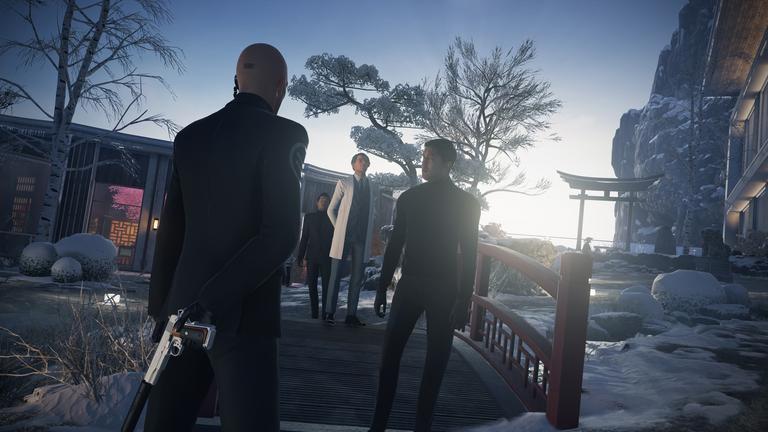 The Hokkaido location is set within the grounds of the hyper-exclusive GAMA private hospital and resort. This secluded facility is a fusion of Japanese beauty and cutting-edge technology, featuring its own Zen gardens, organic sushi restaurant and traditional Japanese hot spring.

What's new about this hitman?

From Season 1 to Final still haven't grown any hair on his head.

From Season 1 to Final still haven't grown any hair on his head.

Any promotions if i get a asus strix GTX 1070 now?

evildoctor said:
Any promotions if i get a asus strix GTX 1070 now?
Click to expand...

The Mafia 3 promo is still on-going, it ends on the 26th December. You can redeem here.

Be The Hero ---- For Honor (or) Ghost Recon: Wildlands

iamnothing said:
Is it valid for asus 1080 ti founder edition?
Click to expand...

Not unless it is announced so from our end.

Any use of the pre-installed Asus giftbox. Thinking want to uninstall it if no real benefit.

vddgnd said:
Any use of the pre-installed Asus giftbox. Thinking want to uninstall it if no real benefit.
Click to expand...

You can go ahead to uninstall.

Please advise
You must log in or register to reply here.
Share:
Facebook Twitter Reddit Pinterest Tumblr WhatsApp Email Share Link
Important Forum Advisory Note
This forum is moderated by volunteer moderators who will react only to members' feedback on posts. Moderators are not employees or representatives of HWZ. Forum members and moderators are responsible for their own posts.