Netflix uploaded the episode as per usual

"According to one of the labels, the general consensus seems to be that the groups can no longer promote. The label of an IZ*ONE member said, "As the controversy around vote manipulation gets worse, the members are getting more and more anxious. We have calmed them down for now, but the general consensus was that we can no longer promote. It is also such a big situation socially, so we are looking closely at the event. The final decision is up to CJ ENM. Because the strong consensus is that we can no longer promote, a decision will be made soon regardless of the police investigations." X1 is so far carrying out overseas schedules as that were already set, but is expected to be unable to promote further.

Some of the labels are suggesting that the members that were part of the manipulation be eliminated and the group go on without them, but that could lead to misunderstandings, and the overriding opinion was that the group should be disbanded. The label of an X1 member said, "There is a flood of demands saying that the group is a manipulated one, and so are some of the members. In the course of the investigations, the worst situation may come where the name of the members who benefitted are revealed. We must stop promotions to block any more damage."

It was fun while it lasted

the end is nigh

all the preparations for the album go down the drain

Gg it was fun while it lasted

Can start discussing what's the future for each individual member

logibag said:
Can start discussing what's the future for each individual member

Japanese member except Sakura can say sayonara to nako and hitomi hard to follow them liao
Worry for Eunbi
Click to expand...

logibag said:
Can start discussing what's the future for each individual member

Japanese member except Sakura can say sayonara to nako and hitomi hard to follow them liao
Worry for Eunbi
Click to expand...

Eunbi can come be my wife

buttbERry said:
Eunbi can come be my wife

Just feel wasted if only it all happen after they start their promotion on bloom*iz at least can get some sort of a closure sigh..

Just feel wasted if only it all happen after they start their promotion on bloom*iz at least can get some sort of a closure sigh..
Click to expand...

Will Eyes On You be showing in cathay or GV?

Who in eyes one is from starship entertainment?

buttbERry said:
Eunbi can come be my wife

Sana and Huhster will be angry

yamapi said:
Who in eyes one is from starship entertainment?
Click to expand...

On November 11, a source from Mnet stated, “Due to the gravity of the matter, it is true that we are discussing the future promotions of IZ*ONE and X1 at various different angles. However, nothing has been confirmed regarding the possibility of disbandment.” The source continued, “Because the investigation is still underway, we are waiting for the results.”

After being arrested on suspicions of fraud and breach of trust by taking bribery, PD Ahn Joon Young admitted to manipulating the results of “Produce X 101” and “Produce 48.” Following the news of his arrest, IZ*ONE postponed their scheduled comeback.

Sources from IZ*ONE’s agency Off The Record and X1’s agency Swing Entertainment responded that they will be releasing official statements after confirming the groups’ future plans. 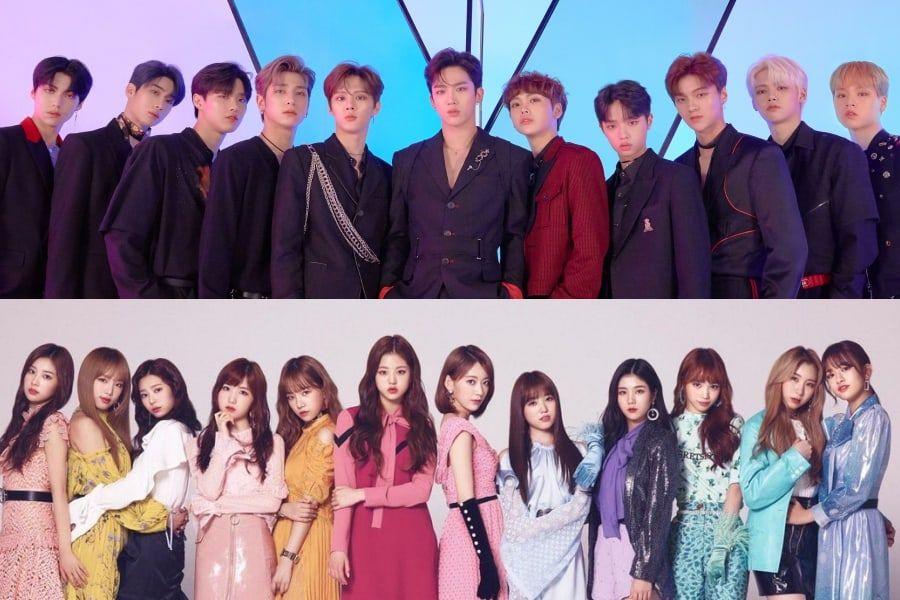 starship - wooyoung n yujin
woollim - eunbi n chaewon
You must log in or register to reply here.
Share:
Facebook Twitter Reddit Pinterest Tumblr WhatsApp Email Share Link
Important Forum Advisory Note
This forum is moderated by volunteer moderators who will react only to members' feedback on posts. Moderators are not employees or representatives of HWZ. Forum members and moderators are responsible for their own posts.