Snoweagle said:
Haha yes, now have two and evolved this one to Torterra. Now must cool down. Later in the evening will go Europe and catch.

Tomorrow onwards will be a busier week as got shiny M2 and new gen 5 mons.
Click to expand...

don't settle for anything less than 100%

Yes now for shiny I try to always target 100%. But for CD events, shundos are a must!

For a second tier grass pokemon like Turtwig, it is either evolve a L35 IV100 one or nothing, since there are better candidates for the stardust.

I don't even want try hard for Turtwig. Cause literally a Turt.

Get one or two Shundo enough.

Toonsy92 said:
I don't even want try hard for Turtwig. Cause literally a Turt.

Get one or two Shundo enough.

Yah I'm just gonna monitor the Turtwig feeds, and just go for the L35 one, shiny or no shiny.

Will just be evolving one male and one female, that's all. 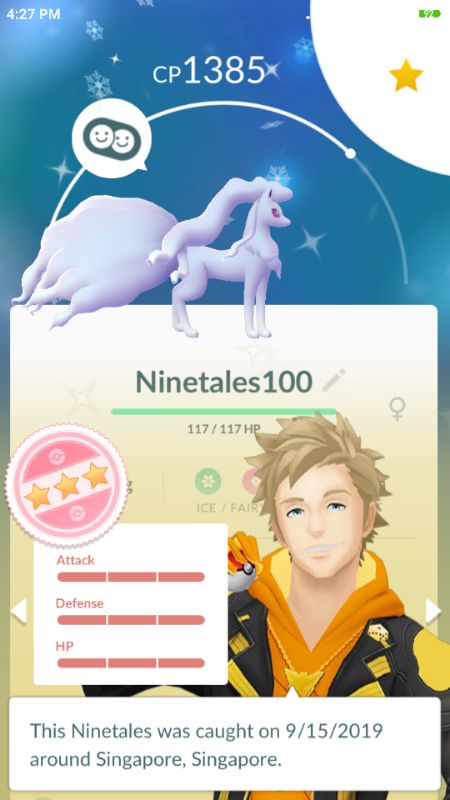 Sent from the Moon using GAGT
Click to expand...

I mean my last shundo. I already have three so I think it's enough.

Caught quite a couple of CP1102 but none shiny now.

After 22 years, Ash Ketchum and Pikachu finally won a Pokemon Tournament at Alola

But the pikachu in our game is so weak

Just happened to catch another shundo in Brazil, CP 1102 level 35.

Lucky enough to get female shundo, male shundo in both accounts.

Toonsy92 said:
Lucky enough to get female shundo, male shundo in both accounts.

Agree, I have 3 males and only 1 female.

Toonsy92 said:
Lucky enough to get female shundo, male shundo in both accounts.

Should be the same, just for collection purpose.

As far as abilities go, currently no difference.

If u are referring to the pokedex though, then at least u need to capture a male and a female version to light up both the male and female icons in that pokedex entry.

But I do notice that for shiny version though, just one of either gender will do, as it will trigger both the male and female shiny icons in the pokedex entry as long as one already caught the other gender's non shiny version.

Just to give an example with the current Turtwig situation. Say u already caught a female non-shiny. Catching a male shiny after that will trigger all 4 icons in that pokedex entry.