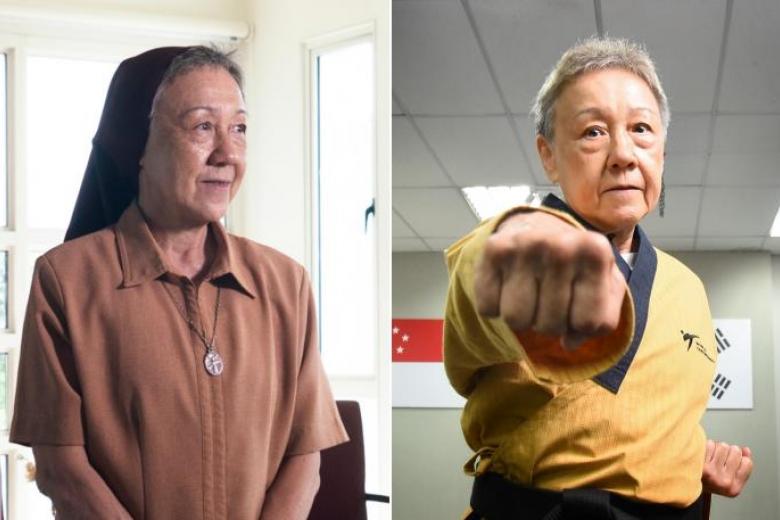 As a teenager, Catholic nun Linda Sim picked up taekwondo for self defence. "I have always been petite and small-framed. If I can run and kick, I don't have to carry a weapon to defend myself," said 67-year-old Sister Linda, as she is known, who is about 1.5m tall and...

As a teenager, Catholic nun Linda Sim picked up taekwondo for self defence.

"I have always been petite and small-framed. If I can run and kick, I don't have to carry a weapon to defend myself," said 67-year-old Sister Linda, as she is known, who is about 1.5m tall and weighs less than 50kg.

She continued to practise and hone her skills, even after she joined the religious order of the Franciscan Missionaries of the Divine Motherhood (FMDM) 43 years ago.

Asked if she sees a contradiction between the martial art and her religious life, the fifth-dan black belt holder said: "Poomsae (a sequence of movements in taekwondo) is an art form and to me, it is like a dance. It is not violent and the (world authority) World Taekwondo's motto is 'peace is more precious than triumph'.

"And St Francis said the prayer 'Make me a channel of your peace'. Taekwondo enables me to reach out to people in a non-church language," added Sister Linda, who describes Jesus as her first love and taekwondo as her life-long passion.

And while her mission work has taken her to places such as Zimbabwe, it was taekwondo that took her to the top of the world in April this year.

She became the first Singaporean to win a gold medal in the World Taekwondo Poomsae Championships, a world-level competition, in South Korea, according to Singapore Taekwondo Federation (STF) acting president David Koh.

In Poomsae, the athlete performs a sequence of moves to fight an imaginary opponent.

Sister Linda beat six other athletes to take the gold in the over 65 years of age category for women.

"I felt on top of the world as I have reached a major milestone in my taekwondo journey. I felt great as this is the first time Singapore has won a gold medal and I also felt a great sense of gratitude to God," she said.

STF's Mr Koh added: "The Singapore Taekwondo Federation is very proud of her. She is also a shining example to our young-at-heart Singaporeans that sports is for everyone."

The older of two children of a civil servant father and accounts clerk mother, Sister Linda's childhood dream was to be a soldier or a police officer, until she found out that women performed mostly clerical or desk-bound roles in the army then.

Thus, she worked as a secretary for four years after she graduated with an O-level certificate. 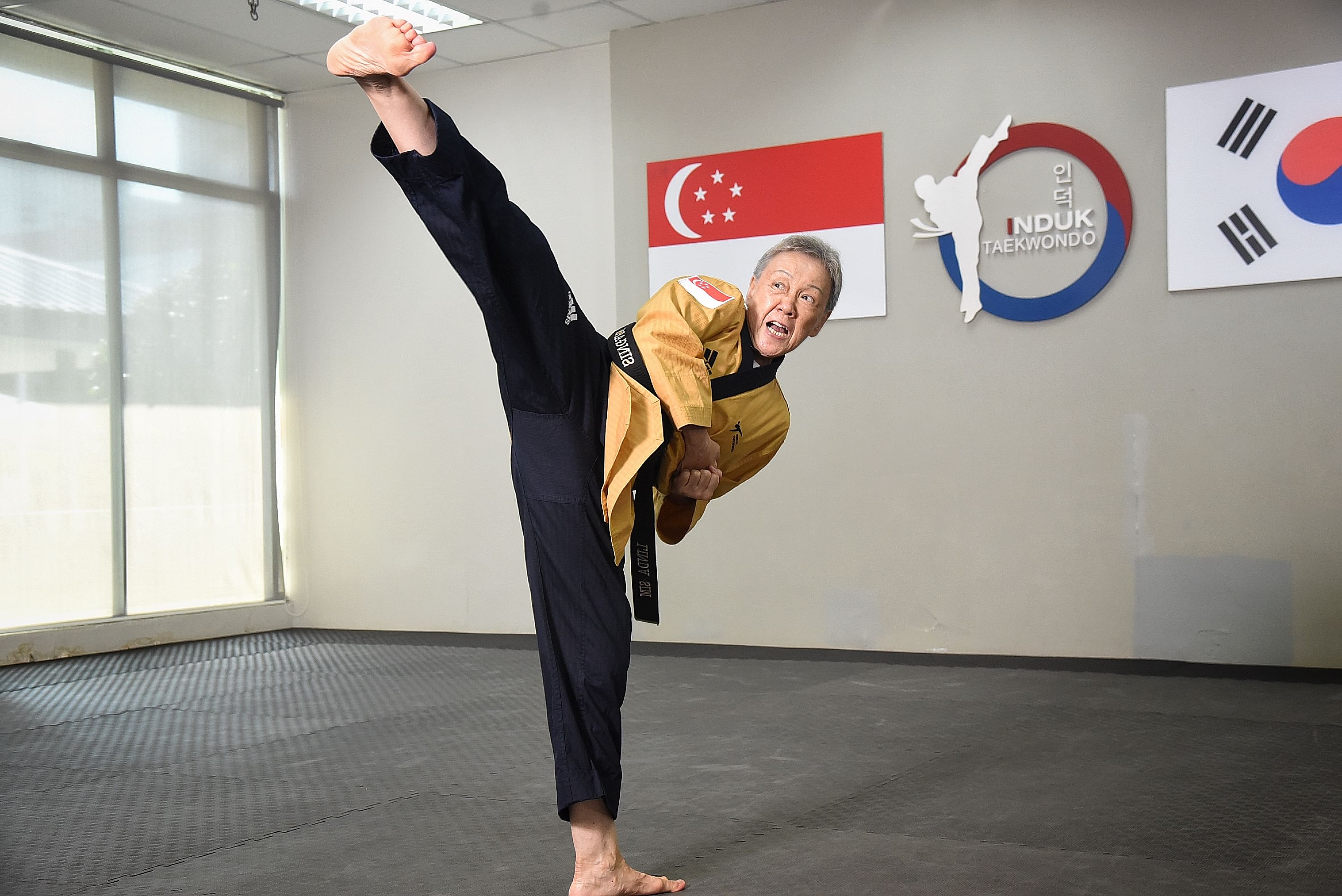 In her teens, Sister Linda felt God calling her to religious life but she said her late mother initially took the news badly as she was afraid of losing her daughter.

Among other reasons, religious sisters live in a convent and not at home and they could be sent anywhere in the world for their mission.

While she was very close to her mother, Sister Linda eventually went ahead to join the FMDM, the nuns who founded Mount Alvernia Hospital in Thomson Road.

She said: "I went to all the parties and did all the sports, but there was an emptiness in me. I kept feeling this stirring that God was calling me and I only found peace after I joined the sisters."

It took her mother more than a decade to come to terms with her decision.

Sister Linda spent 20 years overseas - 17 years in England in a variety of roles in the convent and three years as a hospital administrator in Zimbabwe.

About 15 years ago, she learnt that the STF was teaching taekwondo to cancer-stricken children at the Assisi Hospice, which is also founded by the FMDM sisters.

The STF then asked her to teach the children, after she told them about her interest in taekwondo and that she continued to practise the sport on her own in her free time, even after she became a nun.

To prepare herself to coach, Sister Linda attended training sessions by the STF.

But what got her on the competition track was when she saw older adults competing in a taekwondo competition in South Korea and thought she could do the same too.

"After I saw grey-haired ladies compete, I thought I wanted to train to represent Singapore as I'm very proud to be Singaporean," said Sister Linda, who now coordinates the mission work of the FMDM sisters in Singapore.

Since her first competition in 2011, she has competed in more than 25 international competitions and won more than 30 medals, including a bronze medal in the 2018 World Taekwondo Poomsae Championships.

To prepare for the recent World Championships in South Korea, she trained at least three times a week for about nine months. 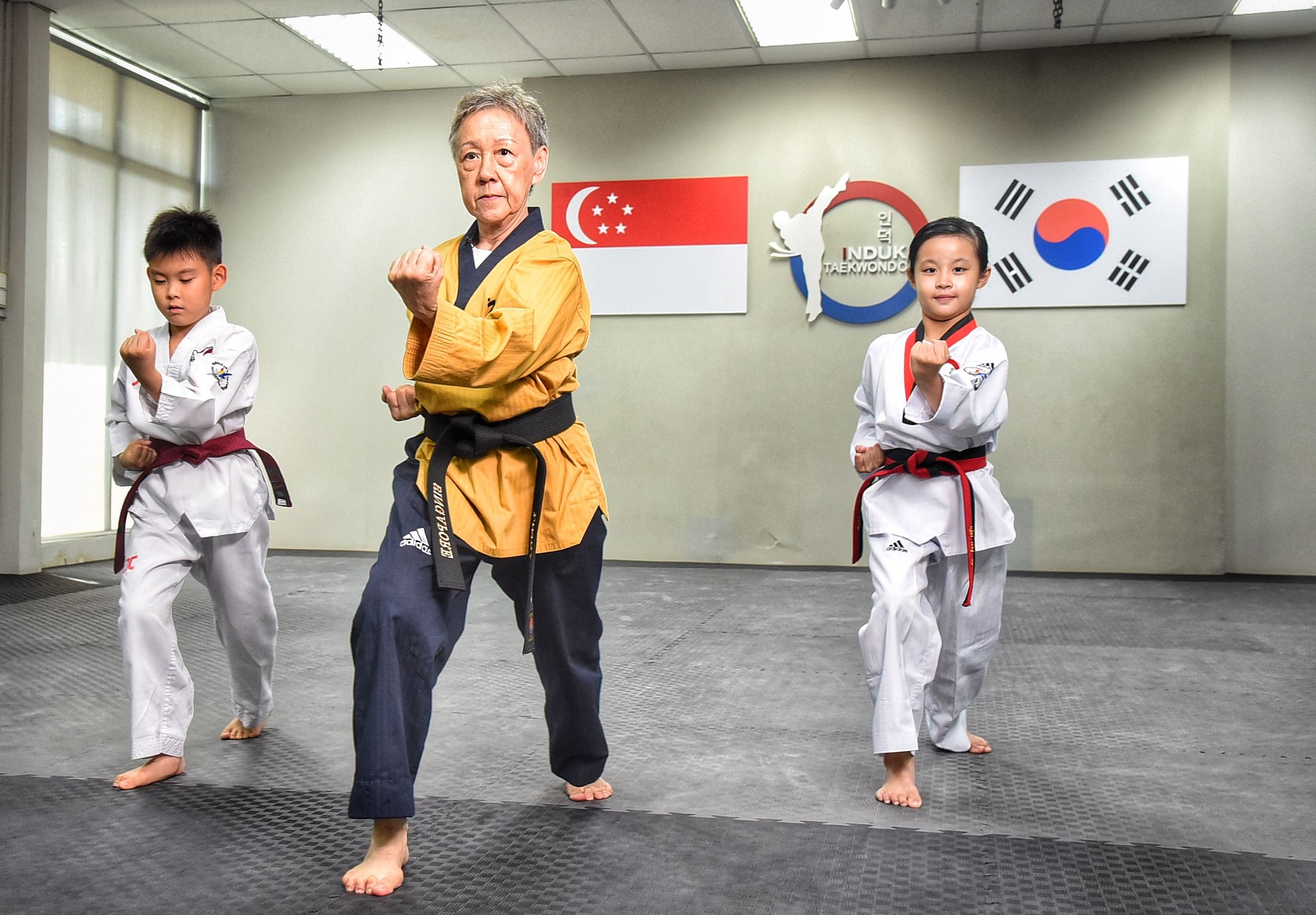 Parliament got clap for her?
M


Confirm this ah ma can kick the lecherous ah gong's false teeth out!

I think most bbfas look down cannot see their own feet.

Who would want to rob or bully a granny in Singapore?


Confirm this ah ma can kick the lecherous ah gong's false teeth out!
Click to expand...

Real fights are MMA style. Granny's teeth sure gets knocked out in 3 seconds.

WhiteAnt said:
She really think gawd can save her

its weapon when u know how to use it.

even a remote controller. and human body is weak can be killed easily.

tank_t said:
its weapon when u know how to use it.

even a remote controller. and human body is weak can be killed easily.
Click to expand...

i think should send this sister to deal with all the bt in nus....

She can be a character in the new diablo