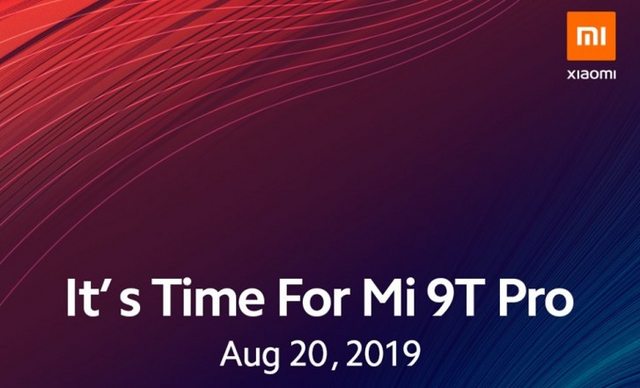 According to the official Facebook account of Xiaomi's arm in the Netherlands, the Mi 9T Pro will finally become official on August 20. The launch referenced in the post is for the Benelux markets - Belgium, the Netherlands, and Luxembourg. But usually it doesn't take Xiaomi very long to roll out a new device to all of its European markets after the first one gets it, so the Mi 9T Pro should make it to other countries soon after August 20.

It looks like the phone is launching in Europe in red, white, and black for both models, while blue will only be offered if you pick the more expensive one.
Click to expand...

teoph04 said:
Seller said 11 months + based on invoice date. Not sure what it meant though.

Bought mine at $340 with 1 month warranty

Aicirt said:
From what i understand so far, can help clarify abit ?

1) Flashing India Rom will result in no NFC Function as india version of k20 pro got no nfc.....and i assume no OTA

2) Flashing Custom EU rom will also result in no OTA

Bought mine at $340 with 1 month warranty

They got option for launcher, dial, messagin, browser etc....but no default to open to play store

Mi9t pro is coming to Europe

Get from AliExpress, it's much cheaper at about 11 plus usd.

teoph04 said:
Seller said 11 months + based on invoice date. Not sure what it meant though.

Warranty is base on the purchasing date,

They got option for launcher, dial, messagin, browser etc....but no default to open to play store

wongminmin said:
Warranty is base on the purchasing date,

Thanks for the advise. Cheers!

Is it me or does white look yellowish on the k20 pro display? Maybe I accidentally turned on some night light setting...

YongTauFooo said:
Is it me or does white look yellowish on the k20 pro display? Maybe I accidentally turned on some night light setting...
Click to expand...

Reading mode is off

The thing is when does the Mi9T Pro make its way to sg? Hope it arrives by September.

YongTauFooo said:
Reading mode is off
Click to expand...

Have you tried to configure display > contrast & colors setting?

Aicirt said:
Thanks for the link, but still the same......
Click to expand...

Go to settings - manage apps - 3 dots - default apps - opening links - open supported links and set "everytime". To play safe, clear Mi store default.
You must log in or register to reply here.
Share:
Facebook Twitter Reddit Pinterest Tumblr WhatsApp Email Share Link
Important Forum Advisory Note
This forum is moderated by volunteer moderators who will react only to members' feedback on posts. Moderators are not employees or representatives of HWZ. Forum members and moderators are responsible for their own posts.