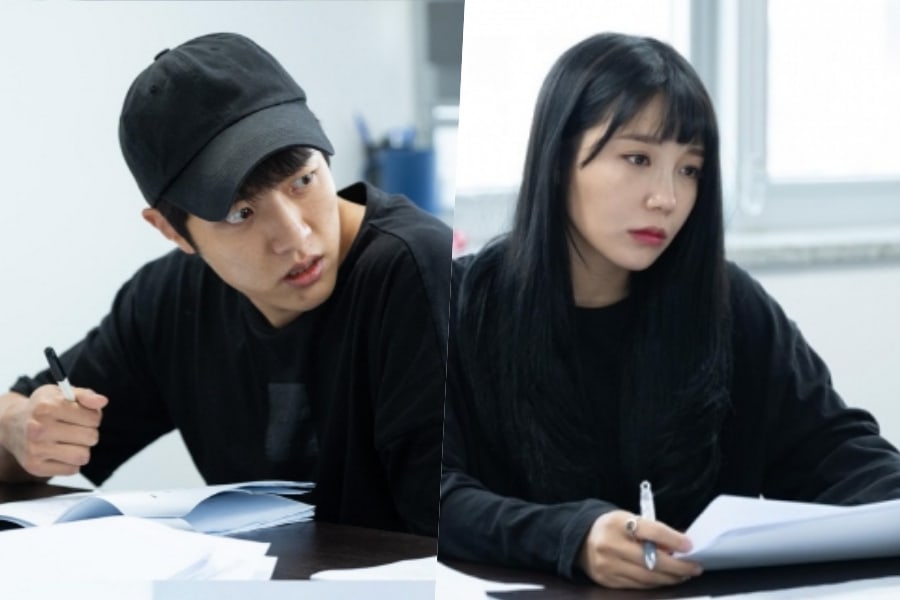 The upcoming horror film “0.0MHz” has revealed photos of its starring cast at their first table read!

On July 30, the movie’s production staff confirmed that it had finalized its cast and had officially begun filming on July 24. The film also released photos of its stars and director attending the script reading that was held earlier this month.

“0.0MHz,” which is based on the webtoon of the same name, is about the members of a club that investigates supernatural mysteries. Apink’s Jung Eun Ji will play the leading role of So Hee, a young woman who has been able to see ghosts ever since she was a child. INFINITE’s Sungyeol will star as Sang Yeob, an engineering student who writes novels and secretly admires the mysterious So Hee, who seems to be harboring a secret.

Actress Choi Yoon Young will be taking on the role of Yoon Jung, a club member that dangerously attempts to communicate with deceased spirits, while rookie stage actor Jang Won Chang will play Tae Soo, Yoon Jung’s rational, cool-headed boyfriend and the unofficial leader of the group. Shin Joo Hwan will appear as Han Seok, an untrustworthy figure who selfishly reveals the club’s secrets for his own personal gain.
Click to expand... 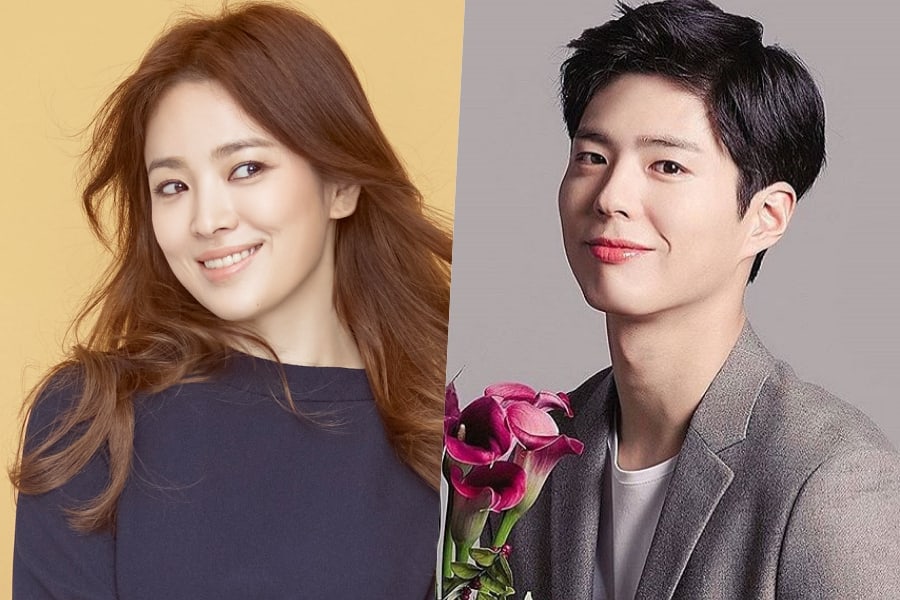 On July 30, the producers of the new drama “Boyfriend” (literal title), which will star Song Hye Kyo and Park Bo Gum as star-crossed lovers, announced that the drama’s broadcast network and programming schedule had officially been determined.

A source inside the drama’s production company stated, “‘Boyfriend’ has been confirmed to air on tvN as a Wednesday-Thursday drama. It is scheduled to premiere this November.”

“Boyfriend” will tell the love story of Cha Soo Hyun (played by Song Hye Kyo), the unhappy daughter of a prominent politician and ex-wife of the heir to a wealthy conglomerate, and Kim Jin Hyuk (played by Park Bo Gum), an ordinary, innocent young man who knows how to find happiness in the small things. An incidental meeting between the two, who seemingly have nothing in common, ends up leading to a heart-wrenching romance that wreaks havoc on both of their lives.

According to the drama’s producers, “Boyfriend” will begin filming as soon as the full cast is finalized.

Are you excited to see this new drama air on tvN in November? Leave your thoughts below!
Click to expand... 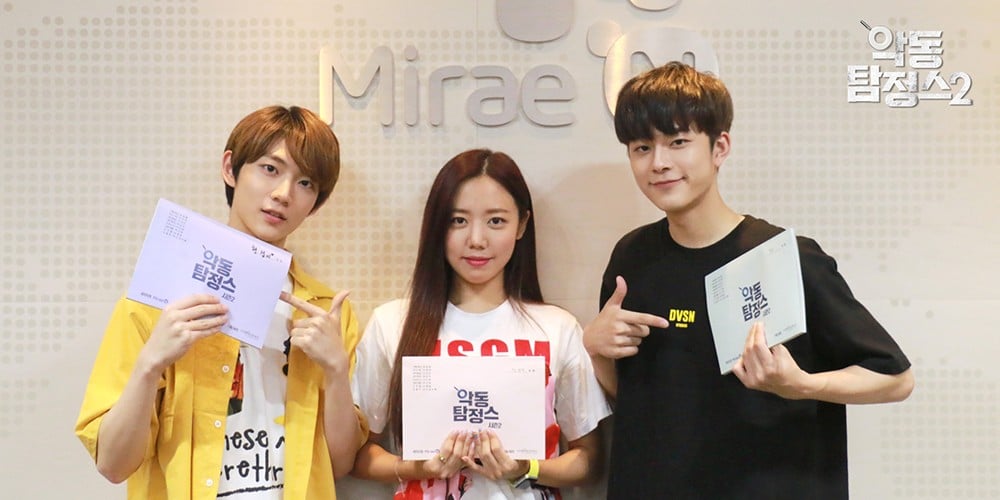 'Devil Inspector 2' will be going with the same main cast from season 1.

The first season had cast A Pink's Namjoo, Ahn Hyung Seob, and Yu Seon Ho. The same three will be the main cast once again for the second season. The trio reunited for the script reading on July 26th, and it's now been revealed that they'll be joined by Jang Moon Bok, Kim Tae Min, and Yoon Yong Bin, all from 'Produce 101' season 2.

The drama will air through NaverTV starting in September.
Click to expand... 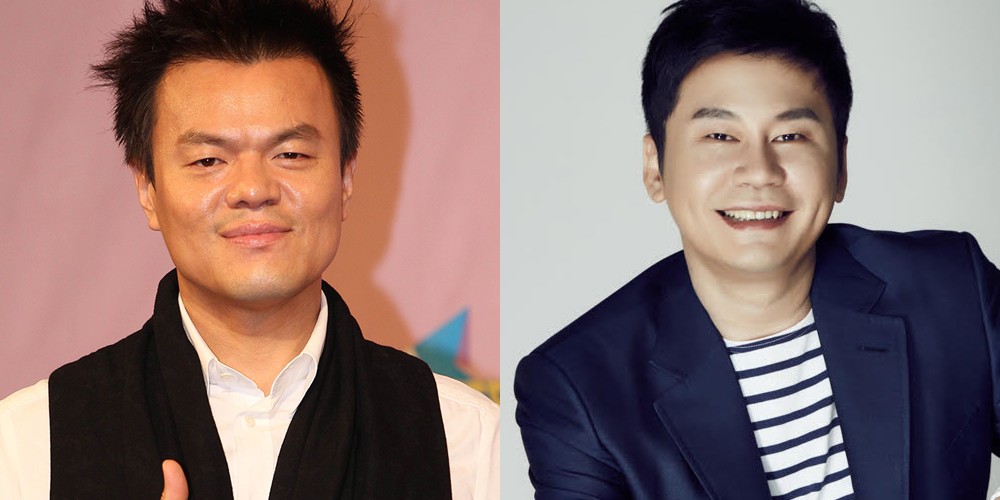 What do you think the change in the stock market says about the current entertainment industry?
Click to expand... 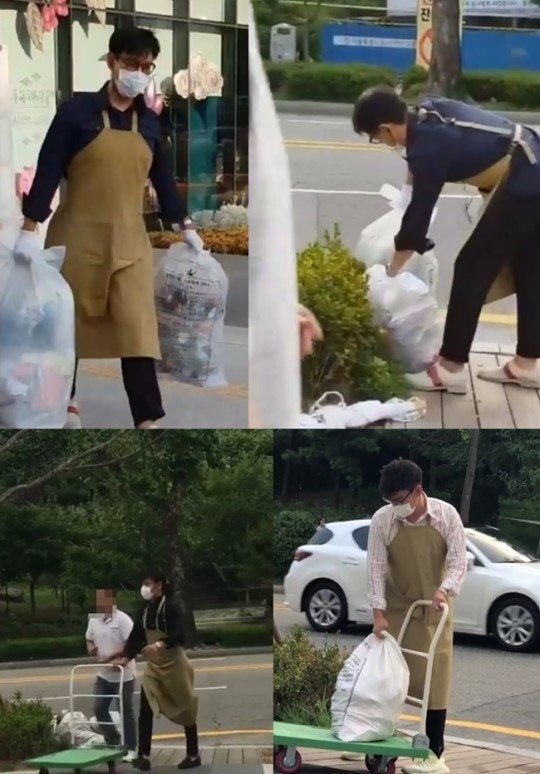 Last time was 2PM and Suzy...now is Twice turn liao

TwMilkTeaTw said:
Take out Se chan.. Put HJY or LDH as his replacement..

GFRIEND to appear on JTBC's 'Idol Room' on July 31st at 6.30PM KST, the members had time to look back on their past videos during recent recording of the show + Yuju burst into tears while watching the video

Gugudan SEMINA has officially ended their promotion on the 29th after Inkigayo performance, "It was such a happy time, thank you for another good memory"

I dont recall her being on running man before though. Can try but got feeling she seldom appear on variety leh.

wizardmao said:
I dont recall her being on running man before though. Can try but got feeling she seldom appear on variety leh.

wizardmao said:
I dont recall her being on running man before though. Can try but got feeling she seldom appear on variety leh.

She is one of the MVP of the team

Lead in solving many problems even with yjs in the team