Ottoke said:
Ya just get a drink. You see the tweet for more details

Btw if you go there before the cafe actually quite small

I went there for Tzuyu birthday event
Click to expand...

Yes I see before

yamapi said:
Yes I see before

Lol you going? I most prob going
T

Yeeun Opens Up About The Situation With Her Father 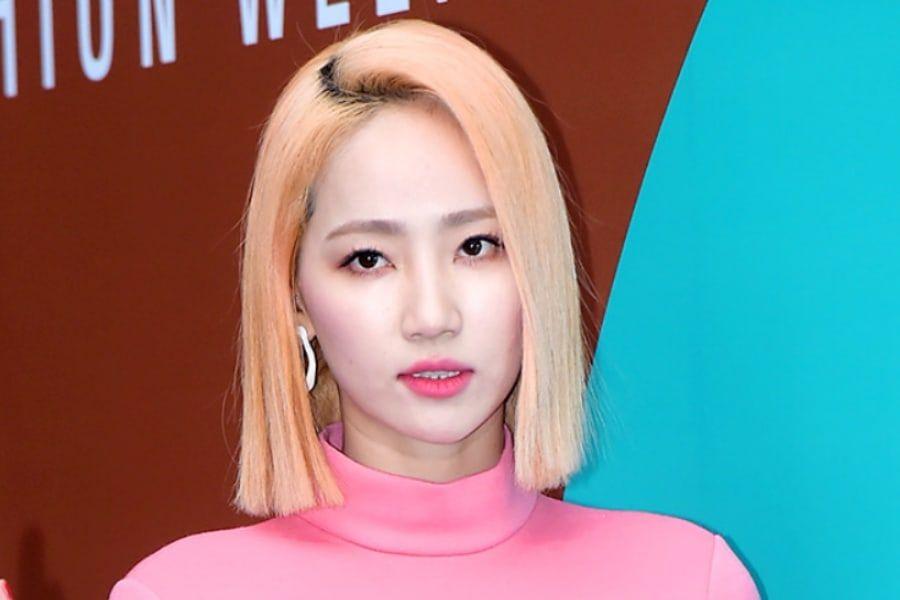 Yeeun has personally addressed the controversy surrounding herself and her father.

On September 11, Yeeun spoke up about the situation with her father in an interview with Edaily. She shared, “I debuted and promoted as a member of Wonder Girls for over 10 years. Since then, I joined Amoeba Culture and greeted the public with the name HA:TFELT. It wasn’t much, but I earned enough to eat the things I want, and to give my family money for living expenses. Logically, there is no reason whatsoever for me to participate in fraud. I’m not so reckless or foolish that I would do something like that.”

Yeeun talked about her painful family history and how her parents had gotten divorced when she was 12 years old. Her father got remarried three years later, and she had grown up without being in touch with father. She explained, “Ever since I could remember, because of my father’s extramarital affairs, my parents were divorced. I have an uncomfortable relationship with my father to the point where I’ve never even called him ‘father.'”

She continued, “When my sister got married in 2012, our family members inevitably had to speak to my father. Afterwards, he continued to reach out to me, saying, ‘I miss you, I’m sorry.’ I forgave him for a while, and we kept talking, but eventually the anger between us would explode again, and we would cut each other out. This process kept repeating. I had no idea that the few short times I forgave my father would become such a huge situation.”

Regarding a report that she participated in a business information session held by her father, she commented, “I have never participated and can promise that this is not a lie.” Her father continuously asked her to introduce him to a producer to prepare for an entertainment business, so she introduced a producer to him and three clients at a cafe once. She continued, “I only introduced the producer, and it was not a business information session. Also if I had known that it was for a situation related to fraud, I would not have met them and would have cut off contact with my father immediately.”

Yeeun shed tears as she talked about the victims of fraud and sexual assault. She expressed, “My heart hurts so much. They have been through a lot more pain than I have. If my name was used for fraud without my knowing, I’m even more ashamed.”

She concluded by saying, “I cannot ever forgive my father for being under charges of committing fraud and sexual assault. My family and I have promised, ‘We will no longer contact my father.’ Though it hurts my heart, I am not involved in this case. With a clear conscience, I will endure the investigation and earnestly face it.”

The singer’s agency recently confirmed that she and her father had been sued for fraud but that she was not involved in the incident and had cooperated with the police in their investigation to prove her innocence. Both Yeeun and her pastor father are being sued for fraud for conning members of his church under the ruse of an entertainment business. Her father, serving a six-year prison sentence, is also charged with alleged sexual assault.
Click to expand...

Their fan got what they wanted, Gyuri is back! 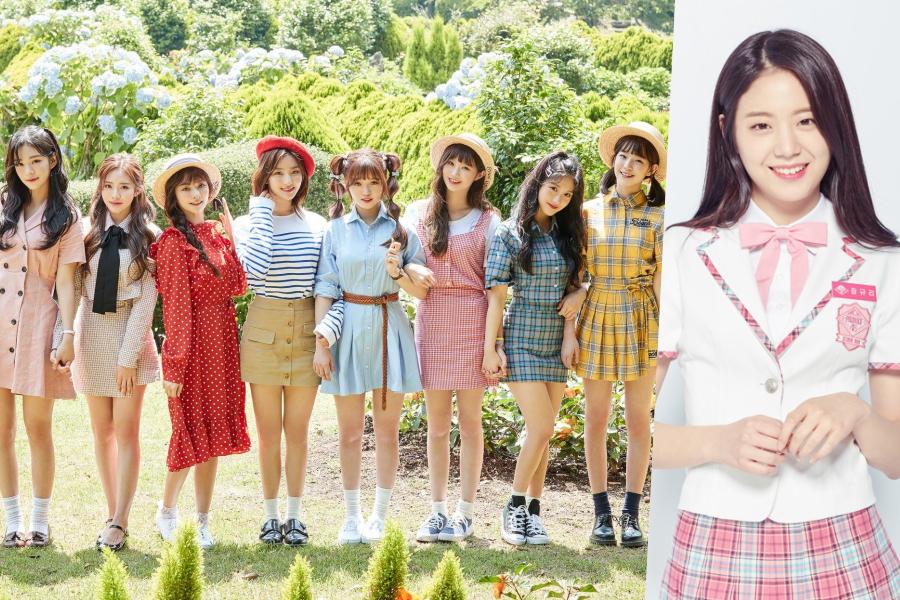 fromis_9 may be making a comeback with all its members!

On September 10, media outlet Newspim stated that fromis_9 would be coming back in early October as a whole group.

Jang Gyu Ri recently took a hiatus from her group activities due to her appearance in Mnet’s “Produce 48.” She will be joining the rest of the eight members to begin her fromis_9 activities again after the group’s last comeback in June with their mini album “To. Day,” featuring the title track “DKDK.”

fromis_9 made their debut in January with their first mini album “To. Heart,” after being chosen as the top trainees on the Mnet show “Idol School.”
Click to expand...

I think they got chance for 1st win at the show next week if they perform there.


Oh My Girl Talks About Their New Concept, First Place Promise, And More 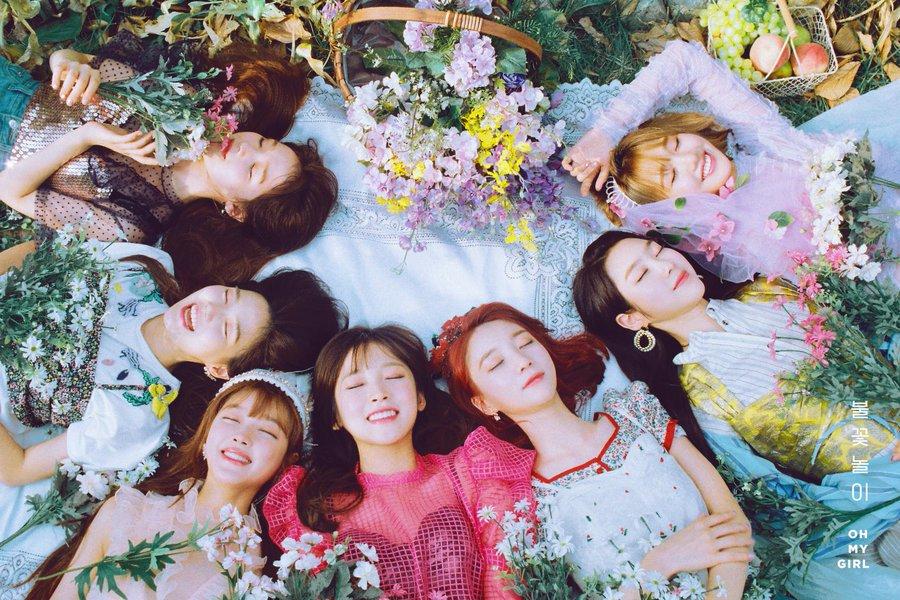 Oh My Girl talked about their new mini album “Remember Me” during their showcase on September 10.

Binnie said the concept of their title track “Remember Me” is a sky garden. She commented, “You can think of it as a continuation of ‘Secret Garden.’ We tried to express memories, which are bright like fireworks in the sky, with various emotions.”

YooA talked about the image for this mini album, saying, “Up until now, we showed a bright and lovable side. This time, we have a powerful and strong image. The strong EDM sound in the beginning of the song becomes more emotional as the song goes on, which allowed us to show various charms.”

Oh My Girl made a comeback at the same time as other idols, such as Girls’ Generation’s new unit Oh!GG, GOT7, and WJSN. Concerning that, Jiho said, “We want to show our growth while we’re promoting with our senior idols. We’ll show our own fireworks. We want to become the ending fairies on all stages with ‘Remember Me.'”

The members shared that if they win first place on music shows, they will perform at the Han River fireworks festival for free.
Click to expand...

H.O.T. Unable To Use Their Group Name And Logo For Concert Promotions 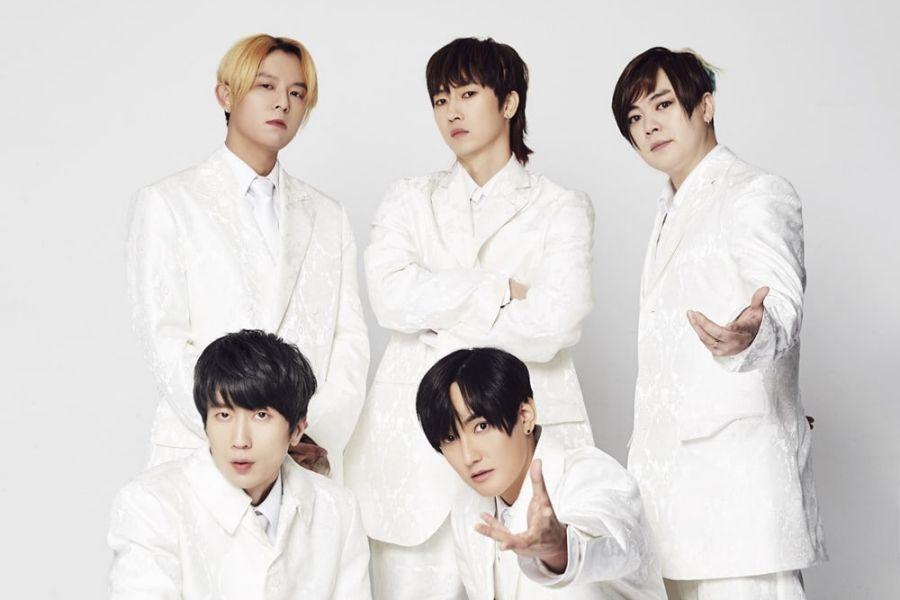 Legendary first generation idol group H.O.T. will be holding their first concert in 17 years in a few weeks. Though the group’s reunion has gotten fans quite excited, H.O.T. will not be using their group name and logo for concert promotions until certain legal disputes are resolved.

In late August, when the concert dates were confirmed, the concert title was “Forever H.O.T.” while the logo was changed to an illustration of the members. But when ticketing for the group’s October 13 and 14 concerts began on September 7, it was noted that the name H.O.T. was nowhere to be found in the concert’s title. Instead, the title was “Forever High-five Of Teenagers” (H.O.T. is the acronym for “High-five Of Teenagers”). The group’s logo was also missing, with an empty space outlined in the shape of the logo in the middle of the concert poster.

It was revealed that the production company, Salt Innovation, was unable to come to an agreement with “A,” who holds the trademark rights to “H.O.T.” “A” is a producer who cast and worked with the group in the 1990s. He re-joined SM Entertainment in 2001 until 2004 as a director, and moved to Xing Entertainment afterwards. According to the production company, “A” sent them a certification of contents entitled “Request for Discontinued Use and Permission of Use Regarding Violation To Intellectual Property” on August 23.

“A” stated, “The concert production company as well as the H.O.T. members announced the concerts without prior discussion. As promotions have already begun, royalties, which are standards accepted internationally, should be paid. If the concerts were for the betterment for society or public interest, I would agree to the use of the trademark for free. However, if the members and concert production company are putting on the concerts in pursuit of profit, then I will wield my right as the trademark holder.”

As Salt Innovation has been unable to come to a consensus with “A,” the company has gradually been reducing their usage of the group’s name and logo, while also deciding to hold the concert as planned. A source from promotional company PRM Idea Lab stated, “After receiving legal consultation, we believe that currently there will be no problem in holding the concert.”

A representative from the H.O.T. members shared, “The members as well as the production company are currently trying their best not to make problems out of this situation. They believe that it would be best if an agreement on the trademark was made, even if it were made right before the concert. There is a determination to first figure out the problem of the empty logo on the official posters, then to fill it out.”

“A” has currently decided to watch the situation and look for countermeasures later on. If H.O.T. and “A” are unable to come to an agreement and the group does not use their name or logo at the concert, there may still be legal disputes afterwards.
Click to expand... 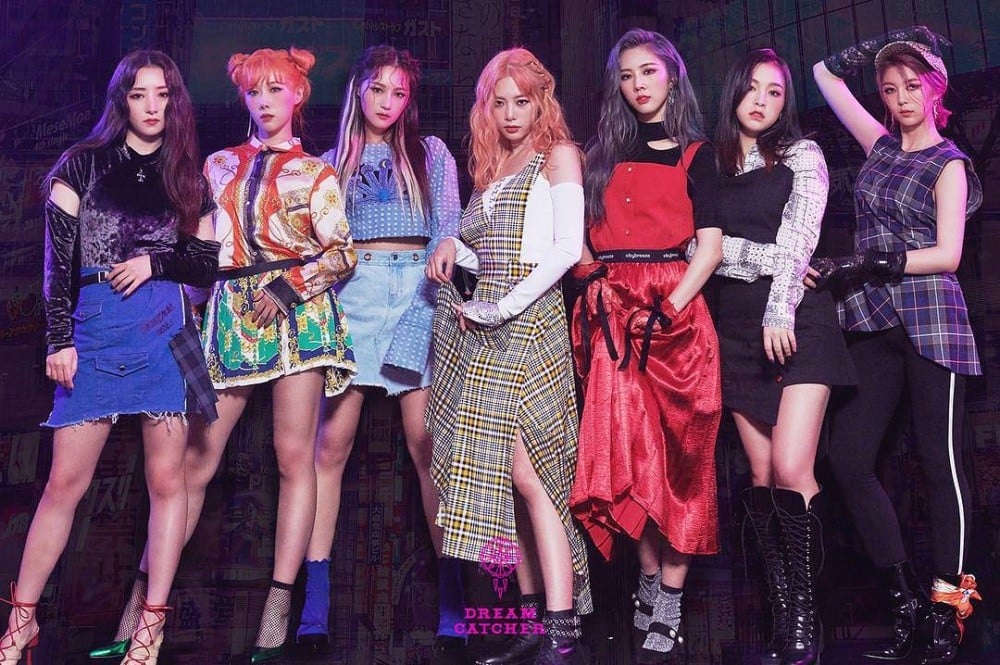 First pic I like abit wild
You mean they not going music show?

Ottoke said:
Lol you going? I most prob going
Click to expand...

Will go if have nth on. Havent check the date. Must make time for nabongs liao. Xmas still need celebrate with sana

yamapi said:
Will go if have nth on. Havent check the date. Must make time for nabongs liao. Xmas still need celebrate with sana
Click to expand...