Ottoke said:
Watched ep 51 of KB, and they made a song sung by Heechul and MKH, and MV featuring Momo with the KB cast. The entire episode is the behind the scenes and the production of the MV and it's damn funny. Despite all the humour, it's actually a gay MV which I think the KB cast purposely made it this way. If not it's actually a sad love song

The song was later released through SM Station Season 1 project

this song actually quite nice when i 1st heard it .. but i think it peaked at no2?

but the mv more LOL

waiting for the mv blue outfits too

this type of concert must chiong 1st row

anyone watched this movie 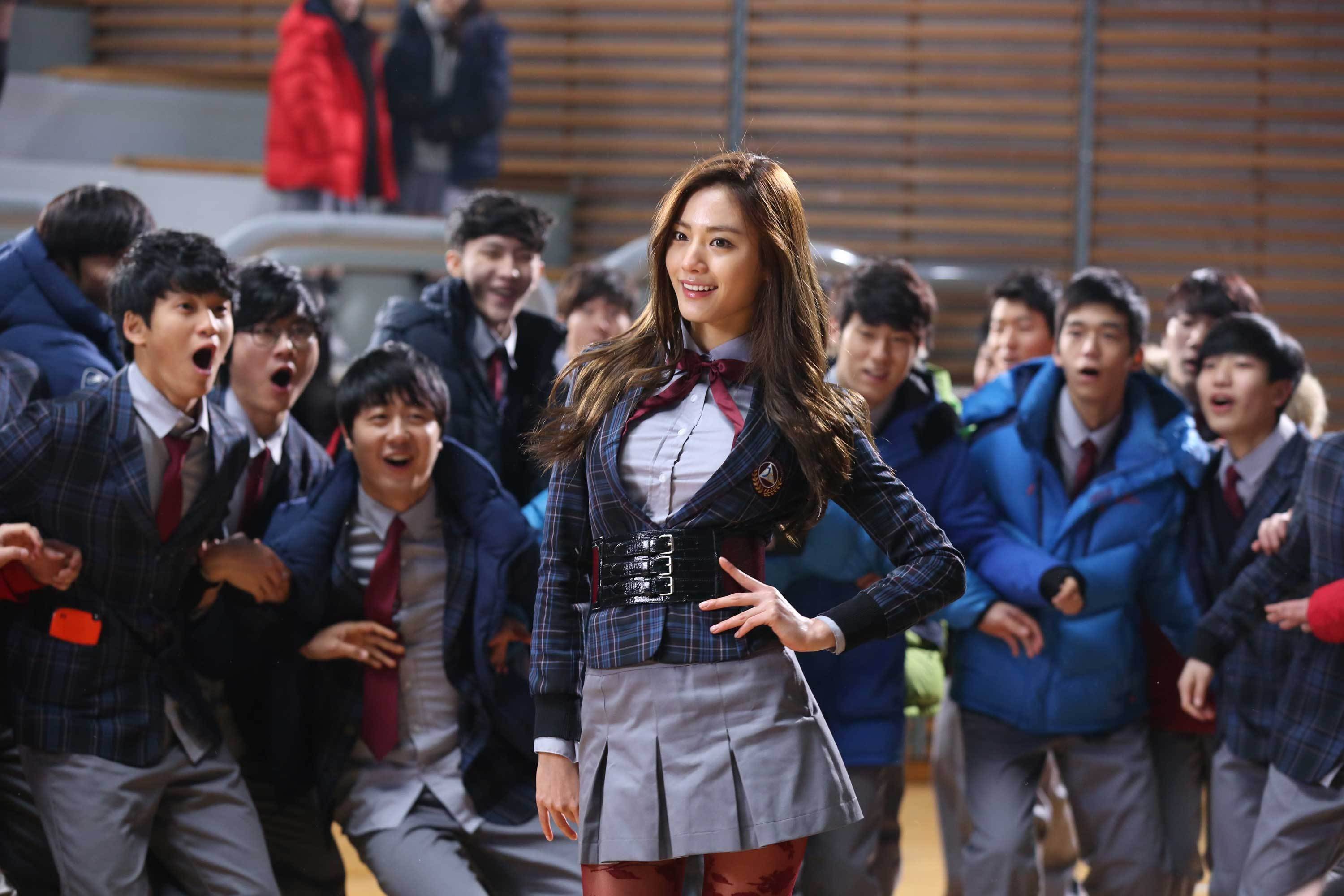 the brand of the jewelry PMY wore in secretary kim

Gxgx to Twice for winning Inkigayo 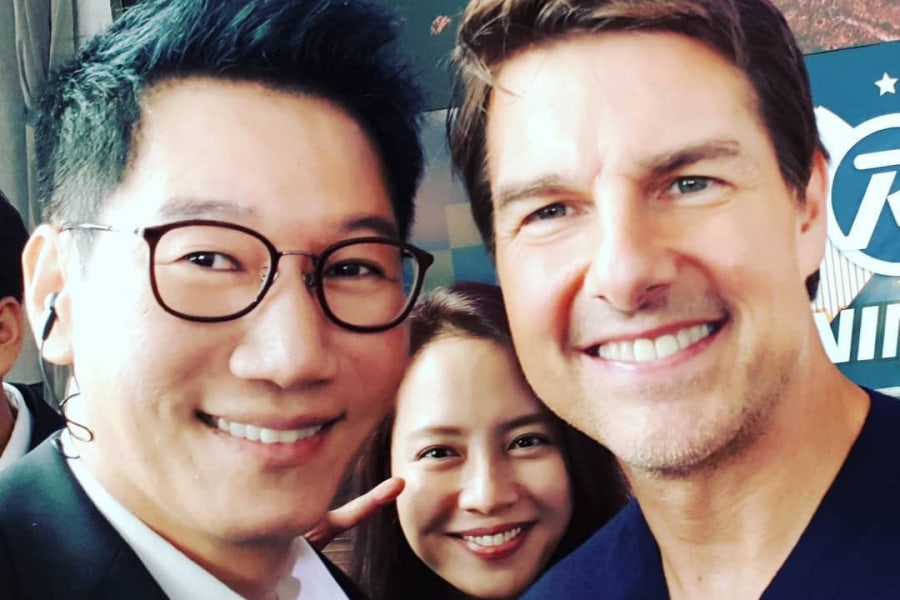 After filming an episode of “Running Man” together, Ji Suk Jin had no shortage of good things to say about Hollywood star Tom Cruise!

Tom Cruise will be appearing on the next episode of the popular SBS variety show, along with Henry Cavill and Simon Pegg, his co-stars from the upcoming action film “Mission: Impossible — Fallout.” Not only did the three actors surprise the cast of “Running Man” with their skills and fierce competitive streak, but Tom Cruise also appears to have impressed Ji Suk Jin with his friendly attitude and great manners.

On July 21, Ji Suk Jin posted a photo of himself with Tom Cruise on Instagram, featuring a hilarious photobomb by Song Ji Hyo.

He wrote in Korean, “The awesome Tom hyung. Such a friendly, sweet guy. Someone who has the sense to greet everyone [on set] and to look each and every person in the eye. You have given us a great memory.” He then added, “I didn’t know Ji Hyo was there, hehe.”

Ji Suk Jin also wrote in the hashtags, “He’s taken really great care of himself,” “He looks like he’s still in his forties,” and “Ji Hyo, what are you doing there, hehe.”
Click to expand... 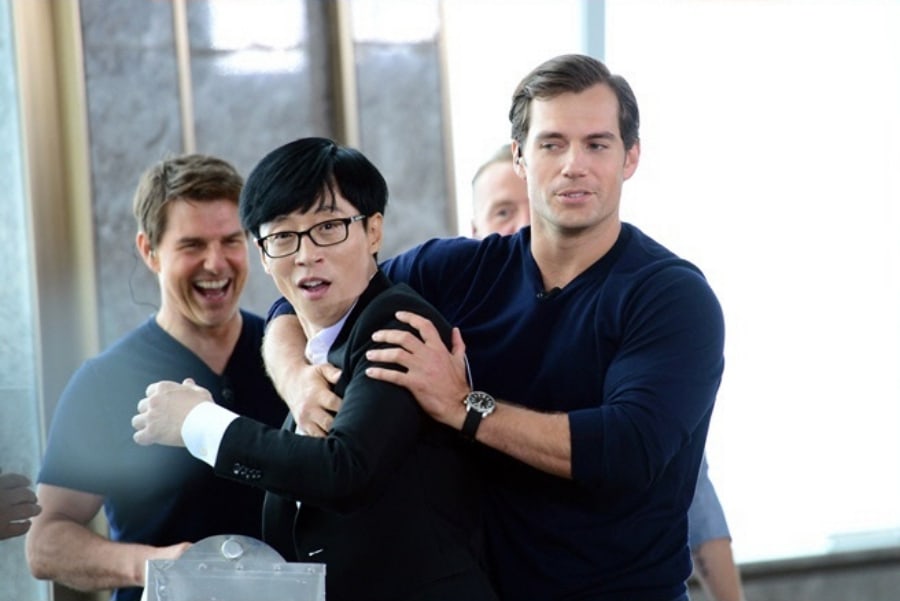 The three stars of the upcoming action film “Mission: Impossible — Fallout” will be appearing on the highly-anticipated next episode of the variety show. According to the production staff, the actors had no trouble adapting to “Running Man,” showing off an unexpected competitive streak as they jumped into the show’s various missions and games.

During the course of filming, the “Running Man” members were so impressed by their guests’ skills in completing the episode’s missions that they asked, “How is this possible?” Tom Cruise replied, “We actually have to pull off some tremendous action stunts [for the movie], and we even fly the helicopters ourselves. At this point, there’s nothing left for us to be scared of.”

Once filming had ended, Tom Cruise remarked, “[The show] was really funny, and I had a lot of fun.” The “Running Man” cast also expressed their regret that they weren’t able to spend more time with the three “Mission: Impossible — Fallout” stars.
Click to expand...

NSFW! sure go on fiddle and reddit on slow-mo~

Opps, already got people make Gif. of it...

Didn't realise Sunmi so big...maybe I didn't look at her when she was at WG..most of the time I was looking at Sunye n Jenny

I realise only Nabongs use this function