For one, they're cohabiting — and paying rent — in a comfortable condominium apartment a stone's throw away from Orchard Road.

For another, they're both self-made millionaires. That's right, they're each worth between $2 million to $3 million, Dalton, who just turned 20, tells us.

Admitting that they lead unconventional lives, 19-year-old Joella says both of them have the same fiercely independent streak and grew up with an entrepreneurial mindset.

"You know the people in primary school who go and buy the six-pack of erasers and sell each one individually? We're that kind of people," she laughs.

Indeed, while most people their age are toiling away at their minimum wage part-time gigs, the pair make a comfortable $70,000 to $150,000 monthly from their various businesses and investments.

Dalton runs two start-ups: Glance.sg, a hyperlocal platform for freelancers, and ContainerPay, a payment processing system for the shipping industry.

As for Joella, she operates several stores on e-commerce platform Shopify. She also handles the pair's stocks and cryptocurrency investments.

The grind seems to have paid off for them — at just 18, they were able to move out of their families' homes. Not to mention, they have more than enough spare cash to drop on designer clothes and custom PCs.

The pair didn't simply strike it rich one day. Rather, their financial freedom is all thanks to hustling hard since secondary school as well as saving and reinvesting their earnings, they tell us.

Joella got her start in the entrepreneurship game reselling clothes she'd bought on sale at H&M and Cotton On on Carousell, earning thousands in revenue by the time she was in upper secondary school.

Dalton, on the other hand, started programming and developing apps when he was in secondary school, earning about $10,000 for each project.

The first time he ever made money, he spent most of it, he confesses.

"I was like, hell yeah, new iPhone, new MacBook. But after like two or three months of that, I started saving and accumulating and reinvesting most of the money I made."

Even if their businesses aren't doing well, they try to invest at least $30,000 a month, Dalton says, explaining that they think of it as "buying more income".

"We put luxuries — things like designer clothes or fancy dinners — as the last thing that we spend on every month. The first thing would be our essentials like rent, basic food expenses, basic transport expenses, and then our dog's upkeep, followed by investments." Dalton Ng and Joella Lum aren't your average young couple. For one, they're cohabiting — and paying rent — in a comfortable condominium apartment a stone's throw away from Orchard Road. For another, they're both self-made millionaires. That's right, they're each worth between $2 million and $3... 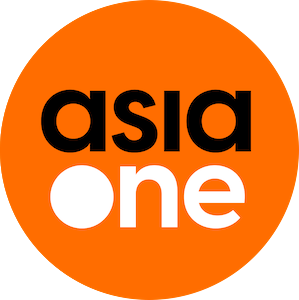 Damn envious of Chinese that can grow full beard

Their name can tell worth few millions liao.

i think that one warrior

I bet it is crypto

IRAS knocking at their home , if they undeclared income tax

tot got that poly kia also boast he CEO of some company that time?

Each has his own luck do not compare

isit earn thru some sh1tcoin? dont look like hot couple though

idolcritic said:
tot got that poly kia also boast he CEO of some company that time?
Click to expand...

Is this another Poly Kia scam?

i think they are seeking investors after getting these published

In before another scam. The last scam was that indian guy who claimed multi millionaire? This one easy... juz report guy to mindef. Why no ns?
You must log in or register to reply here.
Share:
Facebook Twitter Reddit Pinterest Tumblr WhatsApp Email Share Link
Important Forum Advisory Note
This forum is moderated by volunteer moderators who will react only to members' feedback on posts. Moderators are not employees or representatives of HWZ. Forum members and moderators are responsible for their own posts.