pmetpmet said:
LOL normally people who are sour only sit and watch and beat their chest (kum dui)
Click to expand...

Pathetic keyboard master who r so negative, complain about e gov, our own singaporeans, about everything under e sun, but not himself, and most likely still stay in SG.

Must b living in misery.
P

Already happening faster than you thought:

Travel to Singapore resumes in May for IATA pass holders​

Travel to Singapore resumes in May for IATA pass holders​

Pathetic keyboard master who r so negative, complain about e gov, our own singaporeans, about everything under e sun, but not himself, and most likely still stay in SG.

we may come from e same country, but have totally different values.

i will stick w my sunshine n b optimistic about life, n u can stay one side n criticize about everything

Actually how many here buy a company's stocks cos you really wish to support the company? I dare say most of us are here to just profit off trading the stocks, if not you should buy and hold till the day you die or the company fold? Don't understand why need to bring in morals, patriotism and whatnot...

Anyway for individual retail investors, it really doesnt matter what we do, it's not going to impact the company much. Even if the share price plummet, is the company going to fold immediately? Not necessarily also.

Ya I’m just an opportunistic “free rider” whom c e stock as undervalued n say I bought some.

then this pathetic smart Alec bring up his political nonsense that is irrelevant.

he’s way of putting down people to show how good he is a bit fire me up.

what to do, forums r like that.
in real life what is he?
Loser

A key question is whether the Additional MCBs will be activated. If yes, means more potential dilution in long term.

My view is around 60% chance it will be activated, hence observing from sidelines for now.
发

SIA has gone up so much.
What we know here is known to others for weeks / months.
Today at recent record high .
Still ‘observing’ ?

Yes I'm always observing, esp before I make any decision.
Since the activation of Addtl MCBs is a lingering question mark, I don't intend to make any moves for now. There are alternatives to put my $ which I feel have a better risk-reward proposition.
发

Read , scrutinised too much and missed its low.
The fear was too strong to have grabbed when it was cheap .
N

Yah... current price seems to be much higher than pre-covid?

Nofear40 said:
Yah... current price seems to be much higher than pre-covid?
Click to expand... 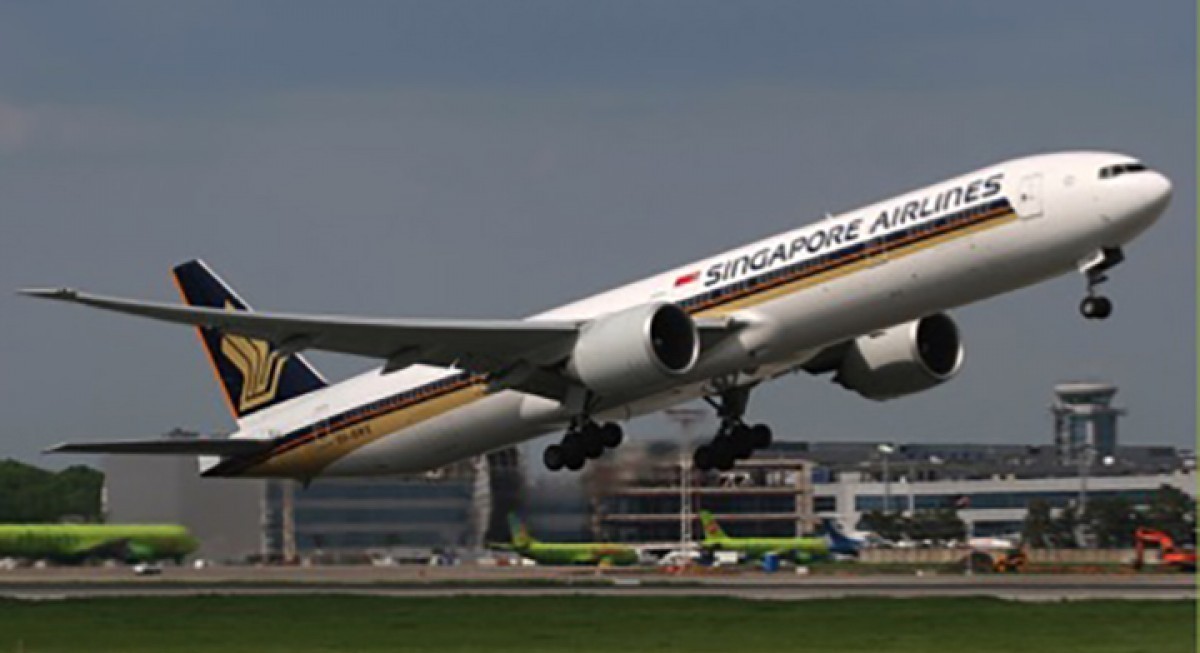 “Excluding [the] $6.2 billion in mandatory convertible bonds (MCB) which is recognised as equity, SIA is trading at about 1.6 times FY2022’s book value or about 70% premium to pre-Covid-19 levels… [which] is anything but cheap,” he adds.

Since 4QFY2020, the airline’s stock price has tracked the US Global Jets (JETS) ETF, and its stock price is only about 7% away from its pre-Covid-19 levels since news of the Covid-19 vaccine broke.

“We believe that much of the re-rating on SIA was led by ETF purchases on expectation that vaccinations would lead to a swift recovery in traffic. While domestic air travel has recovered in China and moderately in the US, international air travel has shown no signs of recovery as governments grapple with increasing infections and new strains,” he writes.

For the airline, this translates to a monthly operating cash burn of between $200 million to $250 million. The carrier had also guided for $4 billion in capital expenditure (capex) for FY2022 and another $4.5 billion in FY2023.

“Assuming that capex is distributed evenly, at 1HFY2022, SIA could have utilised at least $3.8 billion in cash or 30% of its liquid funds,” notes Ajith.

“A key uncertainty is whether SIA will exercise the option to tap into another $6.7 billion in MCB. The option will expire by July. Given these uncertainties, we downgrade SIA to ‘sell’,” he adds.

Uncertainty in the recovery of international travel

Investors’ optimism on the airline due to the promise of the gradual reopening of borders, rapid vaccination rates and the formation of travel bubbles boosted the counter by 30.8% year-to-date as at March 12, which outperformed the Straits Times Index’s (STI) 11.6% gain over the same period, as well as the JETS ETF, which is trading some 10% below pre-Covid-19 levels.

However, with the low rates of vaccination outside Singapore and with news of new Covid-19 strains emerging, Ajith says he is now “less optimistic” of a traffic recovery by 3QFY2021.

As such, he has raised his FY2022 loss assumptions by 247%. He has also lowered passenger traffic growth assumption for FY2022 by 34% and passenger load factor assumption by four percentage points.

The economic reality, he notes, is also not as rosy as most might think. Airlines around the world are still facing bankruptcy or are still being bailed out a year after Covid-19. The International Air Transport Association (IATA) has estimated that airlines could burn through US$75 million ($100.6 million) to US$95 million in cash for 2021, while Air-France KLM is seeking EUR4 billion ($6.40 billion) in state aid as well as from other parties including China Eastern Airlines.

Furthermore, the rollout of the digital travel passports from May 1 would not spur border openings, notes Ajith.

I am in the aviation sector. Sia is very agreesive currently and fly to a lot of destinations regularly
N

CaptainTeo said:
I am in the aviation sector. Sia is very agreesive currently and fly to a lot of destinations regularly
Click to expand...

They dun want to give up their slot in the respective airports. So continue to mount flights. Got pax and cargo flights. Their freighters to India and Australia are full k. Their Brussels freighter also quite packed.

Of cos cargo is now the main revenue to sustain the pax side. They also deal with vaccine shipments.

SINGAPORE: Singapore Airlines (SIA) Group reported a decline in overall passenger carriage for March by 90.2 per cent year-on-year, as border ...

"Although many key markets have started the mass roll-out of COVID-19 vaccinations, the recovery in international travel demand continued to remain depressed in March 2021," the group said in its March operating results announced on Thursday (Apr 15).

SIA expanded its network to 47 destinations, up from 41 the month before. This was due in part to a progressive transfer of services from the SilkAir to SIA - such as Chongqing, Male, Phnom Penh and Phuket - and the reintroduction of flights to Haneda Airport and the opening of sales to Yangon.

SilkAir also reintroduced flights to Cebu in March. The subsidiary operates flights to five destinations as of the end of March: Cebu, Kathmandu, Kuala Lumpur, Medan and Singapore.

The number of destinations served by Scoot grew by one to 18, with the addition of flights to Perth. Operations to South Asia and Europe remained suspended.

All route regions served by the SIA Group continued to record year-on-year increases in cargo load factor in March.

"SIA Cargo registered a monthly cargo load factor of 92.3 per cent, which was 24.1 percentage points higher year-on-year, as cargo traffic, measured in freight tonne-kilometres, rose marginally by 0.8 per cent on the back of a capacity contraction of 25.5 per cent," said the group.

The SIA Group said it remains hopeful for a "measured recovery" in international air travel demand. The group expects its passenger capacity to be around 27 per cent of pre COVID-19 levels by June.

SIA will reinstate services to Denpasar from May, while Scoot will restart flights to Macau in April, and Cebu, Clark, Kuala Lumpur and Kota Kinabalu in May.

"The progressive transfer of narrow-body routes from SilkAir to Singapore Airlines is on track." the group added.
You must log in or register to reply here.
Share:
Facebook Twitter Reddit Pinterest Tumblr WhatsApp Email Share Link
Important Forum Advisory Note
This forum is moderated by volunteer moderators who will react only to members' feedback on posts. Moderators are not employees or representatives of HWZ. Forum members and moderators are responsible for their own posts.