S'pore cannot afford to shut its borders for a long time as we're not resource rich: Lawrence Wong

As a small country that is not resource rich, Singapore cannot afford to shut its borders for a long time, said Education Minister Lawrence Wong on Tuesday (May 4).

Mr Wong, who co-chairs the Multi-Ministry Taskforce on Covid-19, was explaining why Singapore did not close its border to India earlier given the raging outbreak there.

"We are small… We need migrant workers to build our homes," he said at a briefing by the task force. Foreign workers are also needed for a range of other essential services, including caring for the elderly.

"It's really very hard for us to close our borders permanently," he said. "Instead, we've always taken a risk-based approach in managing our borders from the start."

This involves controlling the number of arrivals. He said the overall number coming in has been going down, even before restrictions on arrivals from India kicked in.

He added: "We've already become very tight, to the point that the backlog of applications has been growing… Many projects have been suffering from delays, as all of us know.


"More recently when we restricted the flow of workers from India and the entire South Indian continent… it means considerable delays will be added to all of our projects.

"Some of our housing projects may now be delayed by up to a year or more. So it does come at a considerable cost to Singaporeans."

Furthermore, Mr Wong said, migrant workers who come in are isolated and "we've been progressively tightening that regime over the past few months".

They are also tested more regularly.

In spite of all measures, Mr Wong said there will be leaks into the community from time to time. This can happen even in a country like China with its very tight border measures, he added.

So there cannot be sole reliance on border measures, he said.

"We have to make use of other tools at our disposal," he said "If we do all of these well, then we can control the spread of the infection in our community."

As for visitors who tested negative, but later test positive when they want to leave the country, Mr Wong said there are two possibilities.

One is they could have been infected in the community while in Singapore. The other is that it is an older infection and they are "intermittent shedders" of virus particles. If so, they are less likely to be infectious. 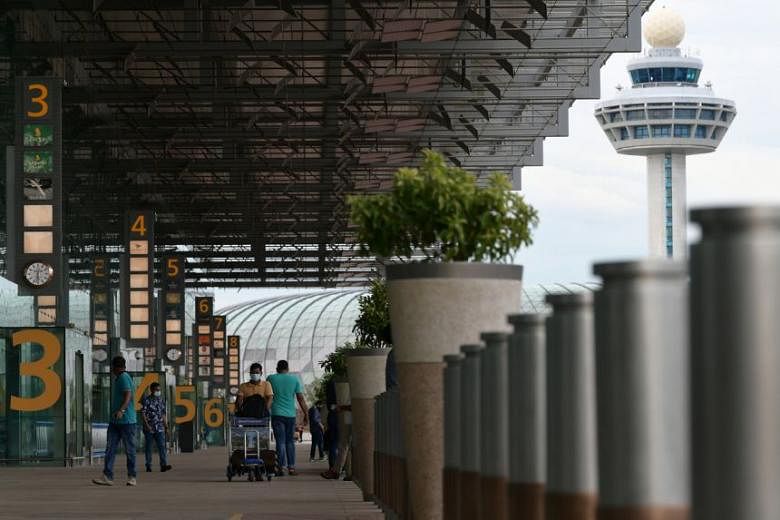 Mr Wong was explaining why Singapore did not close its border to India earlier. . Read more at straitstimes.com.

shut against motherland only is what we are asking for. they give us what thing good so far? 66k ramesh, imda nisha and indian covid?

import 79 yo ah pek can build BTO for us?

And due to not closing borders, he is allowing the virus and variants in to infect sinkies. Good job, next pm.
M

Jiao wei lai liao on why they love ceca so much

now the cost outweights the risks 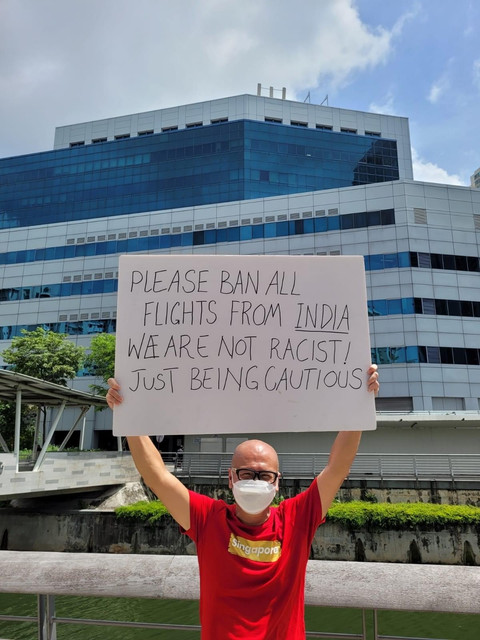 yah you can bring in the ceca to build our flats but those in changi biz park ... hey they can work from home in yeendia.
D

pap is to blame since they developed our economic structure

What he was saying is: Stop kpkb, live with it sinkies
U

Where is the leadership???

singapore also don't need SAF because others can just wipe us out with a nuke... as usual.. using extreme scenarios to justify flawed decisions..

i mean, go ahead if our reserves are rich and risk another outbreak!
C

Last year never close to Wuhan, blame that they dunno much about the new virus.

This year never close to India, what excuse now?

how can he be sure that the new wave is from the migrant workers and not those on what dependent pass, short term visit pass etc?
You must log in or register to reply here.
Share:
Facebook Twitter Reddit Pinterest Tumblr WhatsApp Email Share Link
Important Forum Advisory Note
This forum is moderated by volunteer moderators who will react only to members' feedback on posts. Moderators are not employees or representatives of HWZ. Forum members and moderators are responsible for their own posts.