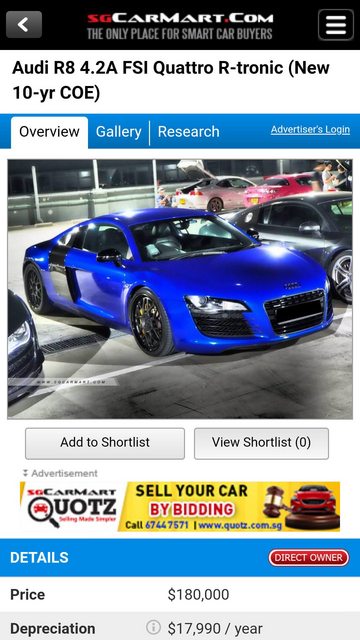 Xcert said:
I knew there was a Audi on Demand thing but I didnt follow up on it because I didnt think they would be interested in letting their vehicles become PHV.....

Should be interesting to see if Grabcar Premium can do or not....

This Audi On Demand is to let potential buyers test drive at a fee before signing.
E

georgemcics said:
Tomorrow collecting car and will be starting Grab

To make my life easy from read all the pages of this thread.

Can give me some tips for driving PHV???

One of the ten commandments is:

Watch WC la. Drive what grab . So quiet I suppose

My friend said, just STFU and drive. U need to make the passenger money. Sux it up chaodriver, my friend said


edwinttt1978 said:
One of the ten commandments is:

edwinttt1978 said:
One of the ten commandments is:

even if they are FT ABNN

Optionstrader said:
for the other side and those wanna go full blown lol Updated.
——
Ryde files police report after 2,000 fake app bookings, 'including some from Grab'

SINGAPORE - Ride-hailing platform Ryde has filed a report after receiving thousands of 'phantom' bookings from fake accounts - including some allegedly made by rival Grab.

More than 2,000 cancelled bookings have been made from more than 300 fake accounts on its app in the last two months, the company said on Thursday (June 28).

He added that drivers had submitted feedback regarding numerous cases of rider "no-shows".

The rider accounts had no prior activity, and attempts to contact the riders via email addresses and phone numbers provided to the firm proved unsuccessful.
Mr Wu added that the mode of payment for these trips was cash, preventing the firm from tracing the users through their credit card details.

"As an interim measure, Ryde has also been conducting user audits to eliminate these fake accounts and also informed drivers to look out and report the incidents," he said.

In a copy of a police report lodged on Tuesday (June 26), seen by The Straits Times, Ryde claimed it had traced some of the bookings back to IP addresses belonging to three companies, one of which was rival Grab.

A Grab spokesman said on Thursday evening that the firm was investigating the matter.

Ryde has also notified the Land Transport Authority, as well as the Competition and Consumer Commission of Singapore, which said it was looking into the matter.

He declined to say whether the firm would be beefing up its cyber-security further, or pursuing legal action.

Mr Wu estimated that Ryde drivers have lost about $50,000 in income because of phantom bookings.

One affected RydeX driver, who wanted to be known only as Mr Pang, said he has been experiencing about two phantom bookings a week. However on Wednesday (June 27) alone, the 52-year-old had two no-shows.

These often cancel their bookings just as he arrives, he said.

"You lose time, you lose money, but what can you do? Just bang your head on the steering wheel," he said.

Last week, it was reported that in Indonesia, ride-hailing rivals Grab and Go-Jek may have lost millions due to fake bookings.

Leave No Men Behind said:
@ kl
As promised 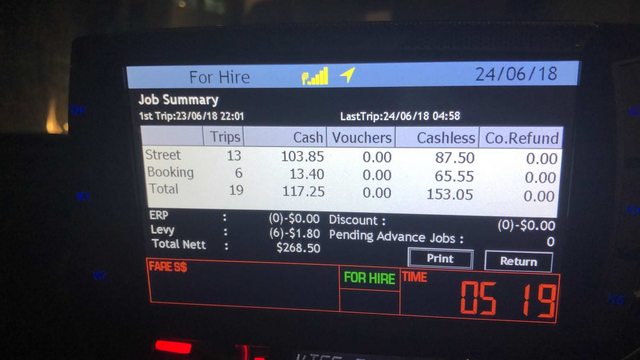 Soccer Ball said:
even if they are FT ABNN

Of course. If cannot swallow such a simple thing, don’t drive for a living.
K

edwinttt1978 said:
To have the best of both worlds, just make sure the official registered home address is a 3-room HDB flat. Then simi poon wu.
Click to expand...

georgemcics said:
Tomorrow collecting car and will be starting Grab

To make my life easy from read all the pages of this thread.

Can give me some tips for driving PHV???

Start at 7am peak.

These days not so easy.
It’s a few hundred dollars only. Don’t be penny wise, pound foolish.
K

edwinttt1978 said:
These days not so easy.
It’s a few hundred dollars only. Don’t be penny wise, pound foolish.
Click to expand...