Wang Lei not happy with Mothership 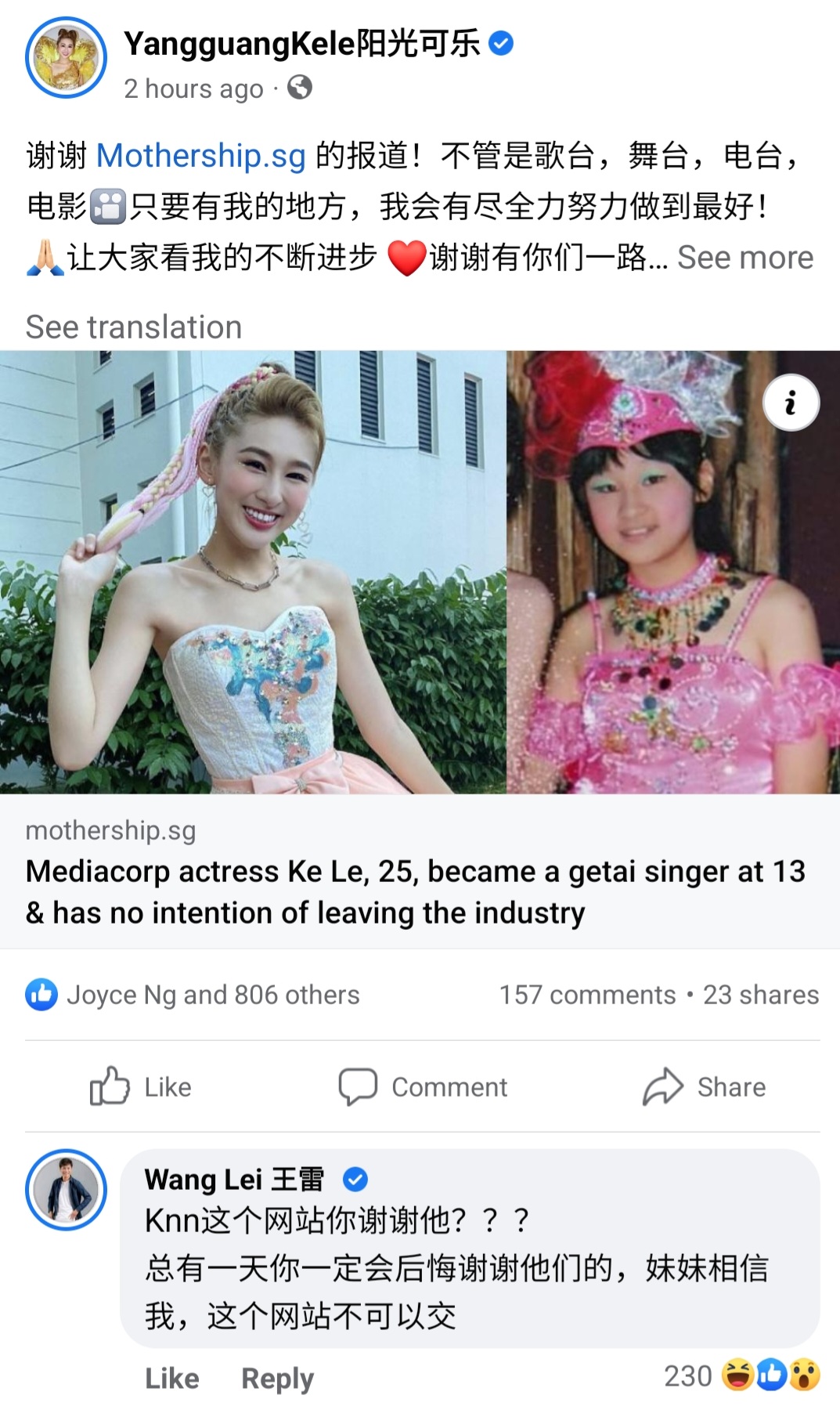 He not happy with everything one. He only want people to por him and give him money nia.

he wanted to sue Kope-ship a few months ago, cos that blogger kope something from shin min and the headline make it sound like he is causing issue. He also found a few lawyers for this matter, as he claimed

then he said that "someone powerful" push the issue down, and he decide to drop it. If he never dua pao, i wonder who.... George Yeo?

the issue with him and Kope-ship stretched all the way till 2020. One of their bloggers criticize him for selling endangered marine stuffs, which he is not aware. He is upset that the blogger didnt ask him for his side of story and just run an article like this.
M

This Coca-Cola is au naturale or is transformer one?
Q

lftwgr said:
This Coca-Cola is au naturale or is transformer one?
Click to expand...

He is itchy.
Stir the MS for what ?

Wang Lei is not wrong about kopeship though.

for moi ish 2Z sisters
You must log in or register to reply here.
Share:
Facebook Twitter Reddit Pinterest Tumblr WhatsApp Email Share Link
Important Forum Advisory Note
This forum is moderated by volunteer moderators who will react only to members' feedback on posts. Moderators are not employees or representatives of HWZ. Forum members and moderators are responsible for their own posts.