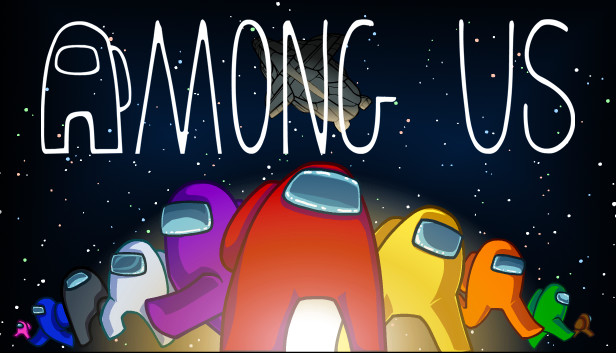 An online and local party game of teamwork and betrayal for 4-10 players...in space!
Click to expand...

Insanely popular and great role playing tool. All discussions and debates are for fun! At the end of the sessions we're still friends and a community of gamers.

Our community discord has players (on both platforms). We're opening up slots for players that are looking for a mature community of players to play with. If interested feel free to join via the Discord link below.

great game problem is you have to have people coming together with voice chat to play
if not typing is abit too diffcult to play.

fantasyrulz said:
great game problem is you have to have people coming together with voice chat to play
if not typing is abit too diffcult to play.
Click to expand...

we actually had one session with just one player without a mic. but in voice with us, listening.

not ideal, but it does work. but yes it is more fun when everyone is in voice and able to discuss. even our mobile users are on Discord voice.

Pyre said:
we actually had one session with just one player without a mic. but in voice with us, listening.

not ideal, but it does work. but yes it is more fun when everyone is in voice and able to discuss. even our mobile users are on Discord voice.
Click to expand...

great i just join the group, can play when you guys are free

thanks everyone who joined and spectated.
think most folks had a few good and very fun matches trying to guess

Can send me the discord link, I can't find it.

zcheez said:
Can send me the discord link, I can't find it.
Click to expand...

We have decided to cancel Among Us 2 and instead put all our focus into improving Among Us 1. All of the content we had planned for Among Us 2 will instead go into Among Us 1.
Click to expand...

Hey everyone, PuffballsUnited here! It’s been a very exciting time for us the past few months! We’ve absolutely loved seeing everyone enjoying Among Us! Forte has been working hard to get the servers adjusted to deal with the huge influx of players. Thank you so much for bearing with us through these growing pains. Hopefully we can get started on new content soon! Speaking of new content…

Us devs have had several long discussions about what we want to do with the game. When do we stop working on Among Us 1? What content goes into Among Us 2? The main reason we are shooting for a sequel is because the codebase of Among Us 1 is so outdated and not built to support adding so much new content. However, seeing how many people are enjoying Among Us 1 really makes us want to be able to support the game and take it to the next level. We have decided to cancel Among Us 2 and instead put all our focus into improving Among Us 1. All of the content we had planned for Among Us 2 will instead go into Among Us 1. This is probably the more difficult choice because it means going deep into the core code of the game and reworking several parts of it. We have lots of things planned and we’re excited to bring new content to everyone as you continue to enjoy playing!


Here’s some things that are coming on the horizon:

* Servers. Forte is still working very hard to figure out our server issues. We don’t have an ETA but things should hopefully be getting better and better. This is taking up all development time on his end.

* Colorblind support. It’s something we’ve put off for way too long… We plan on adding other identifiers for players as well as certain color focused tasks (Like wires). This should also open the potential for more colors. In the past we couldn’t add more colors because it became too difficult to tell players apart.

* Friends/Account System. This is something we’ve wanted to do for a long time but just haven’t been able to tackle. For the health of the game going forward we’re going to sink our teeth in and figure it out! This one will definitely take some time.

* A new stage! It is still very early and we have only just begun designing the layout. The theme has been settled on though! The next stage in Among Us is going to be a Henry Stickmin themed location!

We have LOTS of other things planned too, we just need to prioritize and organize all our plans. Stay tuned!
Click to expand...

Fixes the discord rich presence integration. It used to crash Among Us when players joined via Discord cards and sometimes start up crashes too.
Click to expand...

As shared earlier on our Discord. Please note these are not yet official, just in the beta of the game. But is a good indication of the future update.

Anonymous Votes
You can now choose to make voting anonymous in order to hide everyone’s votes. This way, nobody will know who voted for who during a meeting.

Task Bar Updates
You can now change when the Task Bar shows up during a game. “Always” is the default setting, but you can now select “Meetings” and “Never” to have the Task Bar only show up during meetings or to never have it visible at all.

Colorblind Support
The Wires task has been made more accessible for colorblind players. Now each wire has a shape that corresponds to its color to help colorblind players complete this task more easily.
Click to expand...

Hello! It’s been pretty crazy for us here at Innersloth. Lots of things happening behind the scenes. We’ve got a small update here for you all.

Firstly, we want to be sure to talk about the cheating and hacking going on. It was pretty bad there for a bit, so Forte pushed out server changes really fast. They seemed to help a lot, but some cheats still work and now there are bugs too. There will be more server updates to fix all of this, but rushing anti-hacks is what caused the bugs, so cleaning things up is a slower process. Also rest assured that any threats made in the game are false and your devices and data are safe. If you see a hacker, ban them or find a different room.

Here's what this update contains:

All votes appear as grey

Meeting mode only updates the bar during meetings


We have lots of things planned, but no real official roadmap. We play things pretty loose so we can tackle what we think the game needs most. We also don’t want to promise anything and then not provide it so it’s a scary thing to share. Here are some of the big things we are planning:

-Accounts. We’re hoping to get accounts into the game by December. This will allow players to report accounts that are toxic and/or hacking. They may be a bit barebones at first but things like friendslists will also come at a later date after launch.

-New Map. We’re hard at work on a new map (It’s Henry Stickmin themed!). This map is currently looking bigger than Polus! The map will contain plenty of new tasks and will be available for free to all players!

-Translations/Localization. The game is currently only translated into a few languages (and some of those translations are a bit rough). We’re planning on getting professional translations into multiple languages (More than we currently have, not ready to share quite which languages yet). To all the people offering to translate, thanks for reaching out, but we’ve got it under control!

Mind you this isn’t the full extent of our plans. We’ve got lots of things we’re planning that we’re not quite ready to share yet! Thanks for sticking with us and enjoying the game! We’re going through some growing pains right now, but I am very excited for the future of Among Us!
Click to expand... 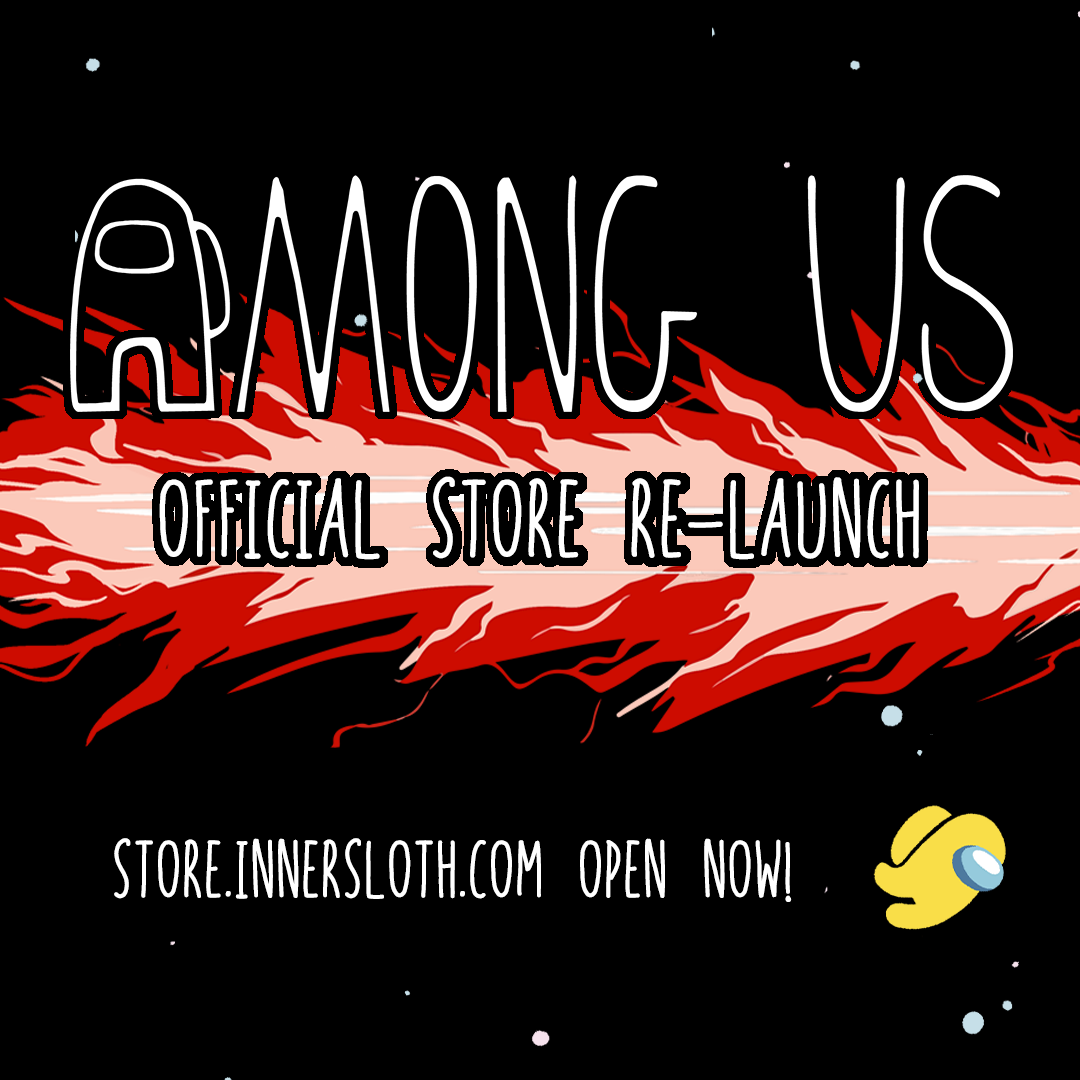 Innersloth (the Among Us devs) opened a Merch store
https://store.innersloth.com/

Fun news
- Awards. We’re nominated for TWO awards for The Game Awards – Best Multiplayer and Best Mobile Game. We’re seriously all blown away by everyone who has gathered around our game and are honored to even be nominated. You can vote for us to win here.

- New map peek. We launched an official Among Us Twitter with a sneak peek at the new map! Give it a follow if you want to hear the latest, but we’ll be sure to keep our community updated wherever they are.

- Merch. The official Among Us merch store has launched! Now you can sabotag—er, I mean, fix spaceships in true crewmate style.

What’s coming up?
- Accounts. One of our biggest priorities has been to get our account system nailed down and in line with privacy policies. The first focus for accounts will be to get reporting and moderation integrated ASAP. We want our game and communities to be welcoming, respectful places, so this will be a first step in tackling the toxicity and hacking. Thank you for being excellent to each other in the meantime! If you have any issues, you can send reports to support@innersloth.com.

- Languages. We’ve been getting the game localized so Among Us can be enjoyed anywhere! Currently, the plan will be to get these languages in: French, Italian, German, Spanish EU and LA, Dutch, Russian, BR and EU Portuguese, Japanese, Korean, Filipino (Bisaya). There will be more to come, but as we said, accounts first!
Click to expand...

March 31st is when the new map is released
https://innersloth.itch.io/among-us/devlog/232933/-march-31-the-airship-releases
B 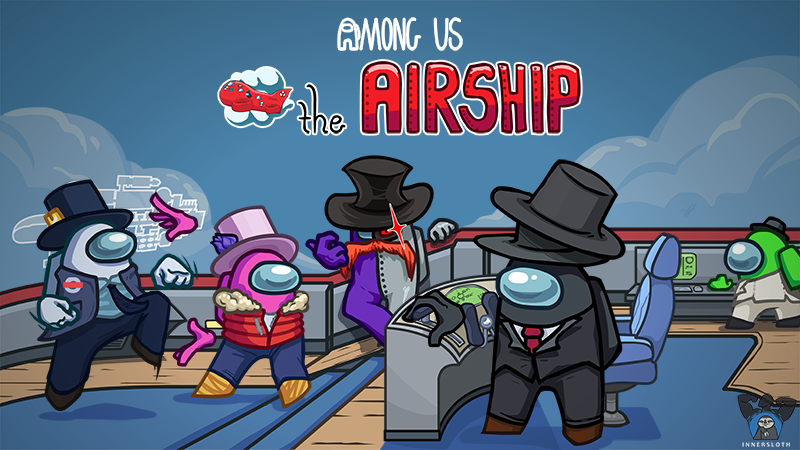 Welcome recruits! Hop onto the newest Among Us map – the Airship! Out now on all platforms, work together on this airship to carry out the greatest plan... though whether that’s as a Crewmate or Impostor is another question. This free map update includes: The 4th map, and the biggest one yet New... 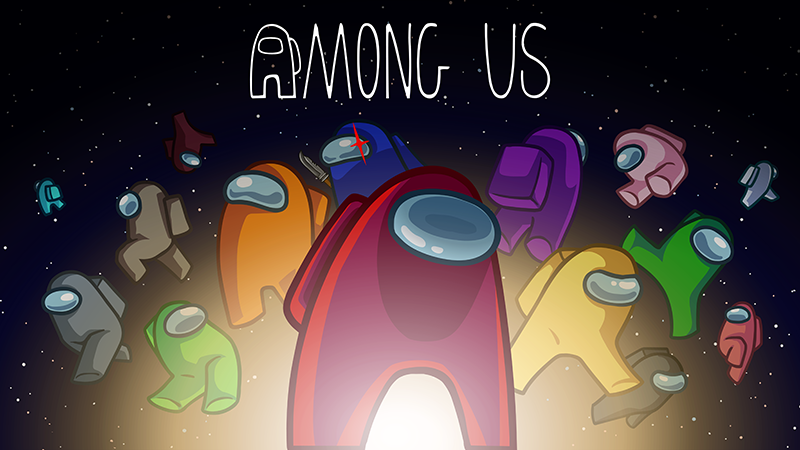 Twitch & Discord mobile integrations - Among Us by Innersloth

Hey Crewmates! The latest update (Version 2021.5.10) is focused on mobile integrations and bug fixes, so feel free to skip if you're on a different platform. Or keep reading, I dunno, I don't run your...

The latest update (Version 2021.5.10) is focused on mobile integrations and bug fixes, so feel free to skip if you're on a different platform. Or keep reading, I dunno, I don't run your life.
Click to expand...