SICK PUPPIES - YOU'RE GOING DOWN

AIRBOURNE - LIVE IT UP

JET - ARE YOU GONNA BE MY GIRL

Ok guys...I've to get ready and go to war (work). Have a fantastic day guys!

This is old school...

I remembered very clearly in the 70s many young people would listen to it full blast to feel the emotion and meaning of this song at their own homes, beaches and public buses too. It's a very powerful song.

I'm on my way to work now. Looking forward for tomorrow because it's my off day!

This song reminded me of myself. I lost my religion after a LIFE REVIEW. 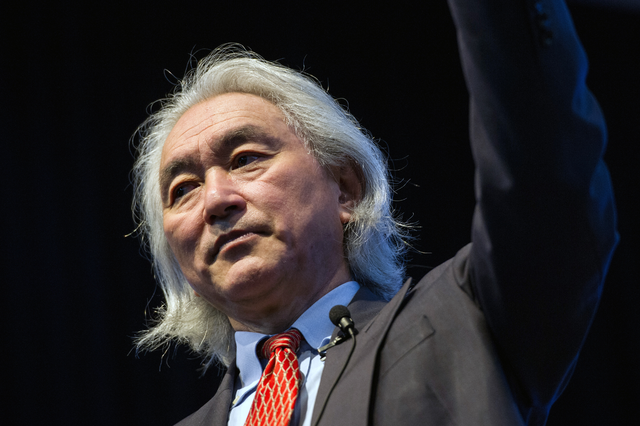 Michio Kaku on his lifelong search for ‘The God Equation’

Michio Kaku is a theoretical physicist who was inspired as a young child to search for the ‘theory of everything.’ Kaku co-founded the string field theory, which he believes may be the answer to the long quest to understand our universe. Kaku details the history of this search in his new book...

I watch the Sunset
And slowly she sinks far in the horizon
In kaleidoscopic beauty of colours in sight.
She glows as it set down to rest
Then the sky turns twilight,
And as if with her last breath,
With her final might,
She lights up the night
And the stars and moon
Comes to life
Shining heavenly bright.
Mariners see them as beacons,
Wishing upon them for guidance,
In their long journey with Divine Providence.
"Set the sails and catch the wind" they say
And "We’ll sail the high seas to distant lands
In God's Name and Blessings"
And new paradises and the seven seas
Were discovered and conquered by them.
I saw all their stories
Within the morning glories,
As if I’ve been a Mariner myself
Like the Sun sleeping and rising. Embark on a journey of discovery with the Hubble Space Telescope.

ATREYU - DO YOU KNOW WHO YOU ARE?


YOU AND THE UNIVERSE ARE ONE

There's one relationship in your life - in everyone's life - that has been kept a secret. You don't know when it began, and yet you depend upon it for everything. If this relationship ever ended, the world would disappear in a puff of smoke. This is your relationship to reality.

A huge number if things must come together perfectly to construct reality, and yet they do so completely out of sight. Think of sunlight. Obviously, the sun can't shine unless stars exist, since our sun is a medium-size star floating beyond the center of the Milky Way, our home galaxy. There are few secrets left to discover about how stars form, what they are made of, and how light is produced in the incredibly hot cauldron at the core of a star. The secret lies elsewhere. As sunlight travels 93 million miles to Earth, it penetrates the atmosphere and lands somewhere on the planet. In this case, the only somewhere we're interested in is your eye. Photons, the packets of energy that carry light, stimulate the retina at the back of your eye, starting a chain of events that leads to your brain and the visual cortex.

The miracle of vision lies in the mechanics of how the brain processes sunlight, that much is clear. Yet the step that matters the most, converting sunlight into vision, is totally mysterious. No matter what you see in the world - an apple, cloud, mountain, or tree - sunlight bouncing off the object makes it visible. But how? No one really knows, but the secret formula contains sight, because seeing is one of the basic ways of knowing that an object is real.

What makes seeing totally mysterious can be summed up in a few undeniable facts:

Photon are invisible. They aren't bright, even though you see sunlight as bright.

The brain has zero light inside it, being a dark mass of oatmeal-textured cells enveloped in a fluid not terribly different from seawater.

Because there is no light in the brain, there are no pictures or images, either. When you imagine the face of a loved one, nowhere in the brain does that face exist like a photograph.

At present no one can explain how i invisible photons being converted to chemical reactions and faint electrical impulses in the brain creates the three-dimensional reality we all take for granted. Brain scans pick up the electrical activity, which is why an fMRI contains patches of brightness and color. Something is going on in the brain. But the actual nature of sight is mysterious. One thing is known, however. The creation of sight is done by you. Without you, the entire world - and the vast universe extending in all directions - can't exist.

Sir John Eccles, a neurologist and Nobel laureate, declared, "I want you to realize that there exists no color in the natural world, and no sound - nothing of this kind; no textures, no patterns, no beauty, no scent." What Eccles means is that all the qualities of nature, from the luxurious scent of a rose to the sting of a wasp and taste of honey, is produced by human beings. It's a remarkable statement, and nothing can be left out. The most distant star, billions of light-years away, has no reality without you, because everything that makes a star real - its heat, light, and mass, its position in space and the velocity that carries it away at enormous speed - requires a human observer with a human nervous system. If no one existed to experience heat, light, mass, and so on, nothing could be real as we know it.

That's why the secret relationship is the most important one you have or will ever have. You are the creator of reality, and yet you have no idea how you do it - the process is effortless. When you see, light gains its brightness. When you listen, air vibrations turn into audible sound. The activity of the world around you in all its richness depends upon how you relate to it.

Extracted from YOU ARE THE UNIVERSE - Discovering Your Cosmic Self And Why It Matters, by Deepak Chopra, M.D. and Menas C. Kafatos, PH.D.

THE WEEKND - CAN'T FEEL MY FACE

LIVE ONE DAY AT A TIME

There are two days in every week that we should not worry about. Two days that should be kept free from fear and apprehension.

One is YESTERDAY, with its mistakes and cares, its faults and blunders, its aches and pains. Yesterday has passed, forever beyond our control. All the money in the world cannot bring back yesterday. We cannot undo a single act we performed nor can we erase a single word we've said. Yesterday is gone!

The other day we shouldn't worry about is TOMORROW with its impossible adversaries, its burden, its hopeful promise and poor performance. Tomorrow is beyond our control. Tomorrow's sun will rise either in splendor or behind a bank of clouds - but it will rise. And until it does, we have no stake in tomorrow, for it is yet unborn.

This leaves only one day - TODAY. Any person can fight the battles of just one day. It is only when we add the burdens of yesterday and tomorrow that we break down. It is not the experience of today that drives people mad, it is the remorse for something that happened yesterday, and the dread of what tomorrow may bring. Let us therefore, LIVE ONE DAY AT A TIME.

EMINEM - TILL I COLLAPSE

Last edited: May 8, 2021
You must log in or register to reply here.
Share:
Facebook Twitter Reddit Pinterest Tumblr WhatsApp Email Share Link
Important Forum Advisory Note
This forum is moderated by volunteer moderators who will react only to members' feedback on posts. Moderators are not employees or representatives of HWZ. Forum members and moderators are responsible for their own posts.