On May 12, Star News reported that Joy would be releasing her first solo album at the end of May. A source from SM Entertainment clarified to Newsen, “Joy is preparing to release a remake album. We will announce the detailed plans soon.”

Joy is making her solo debut seven years after her group debut in 2014 and is the second Red Velvet member to release a solo album after Wendy, who released her first solo mini album “Like Water” last month. 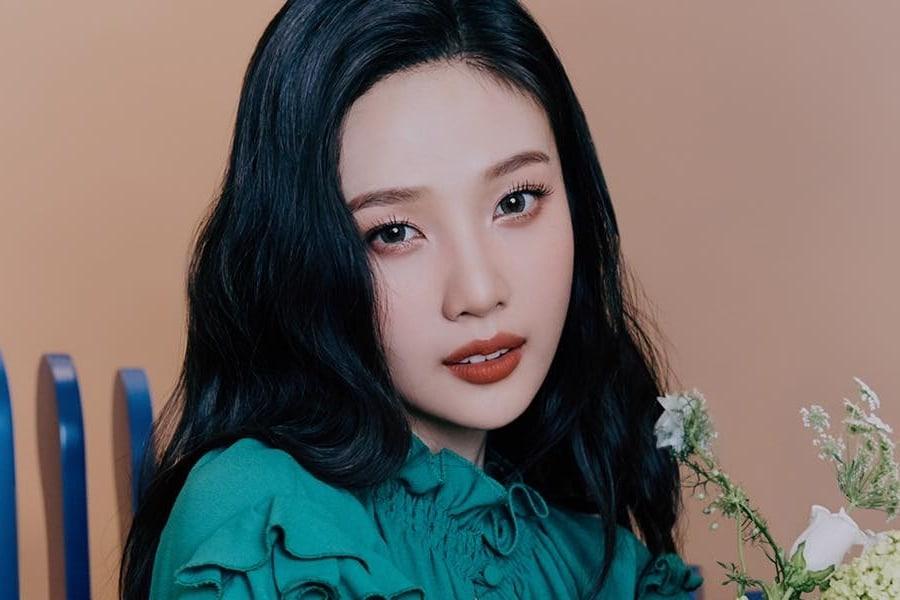 “That Song We Loved, New Singer,” which has begun receiving applications nationwide and will launch this summer, is a survival audition program out to discover a new singer who will sing old songs that touched the nation during the 1970s to the 1990s with emotions of the present generation.

Bae Chul Soo, a legendary figure of that time period, had already been previously confirmed for the large-scale project. In addition to Bae Chul Soo, Lee Seung Chul, Gummy, and Solar are confirmed to join the project as judges. The four singers will give strength to the project aiming to revive songs from the ’70s to the ’90s.

The production team shared, “Top vocalists that the citizens of South Korea acknowledge and love have joined as judges, turning on the green light for the discovery of a ‘New Singer.’ Please look forward to the birth of a ‘New Singer,’ who will heat up the second half of 2021.”

“That Song We Loved, New Singer” is currently taking applications through its official website until June 20. Anyone who loves songs released from the ’70s to the ’90s can participate regardless of age, gender, and nationality. The new audition program is scheduled to premiere in July. 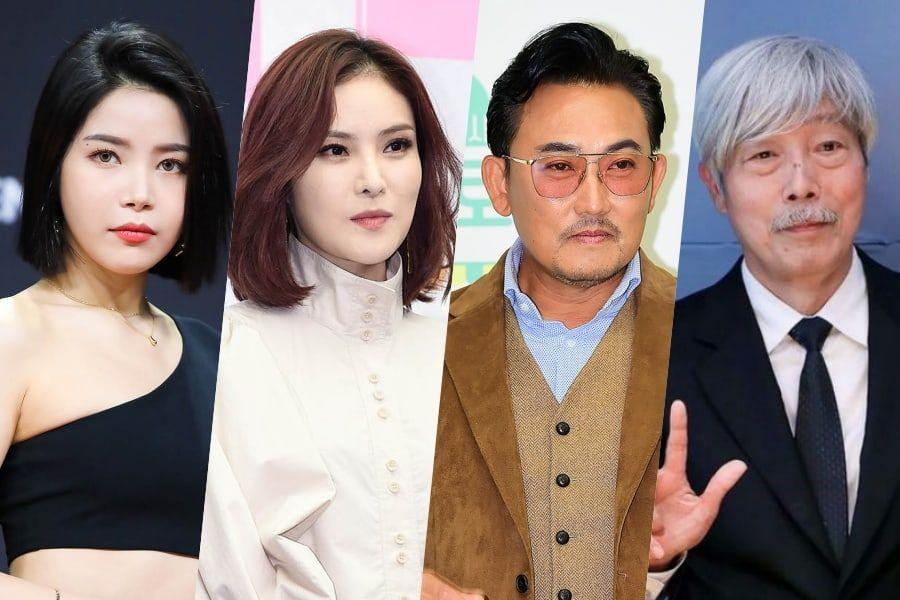 Based on a popular webtoon, “My Roommate Is Gumiho” is a romantic comedy about a 22-year-old college student named Lee Dam (played by Girl’s Day’s Hyeri), who accidentally swallows the marble of a 999-year-old male gumiho (a mythological nine-tailed fox) named Shin Woo Yeo (played by Jang Ki Yong), who was close to achieving his goal of becoming human. If a human swallows a gumiho’s marble, they can only live for one year, after which the marble will break—preventing the gumiho from ever becoming human.

The teaser begins with Lee Dam lying in Shin Woo Yeo’s arms as they gaze deeply into each other’s eyes. Shin Woo Yeo shares, “I don’t plan on letting you die,” and a single tear drop falls from Lee Dam’s eye.

Completely serious, Lee Dam shares, “Eoreushin [Korean term used to refer to an elderly person], I want to eat chicken.” With a sudden burst of energy, Lee Dam roughly pushes Shin Woo Yeo away to run towards a plate of fried chicken. However, with a snap of his fingers, Shin Woo Yeo sends the chicken flying into the air and out of Lee Dam’s reach. Angry, Lee Dam puts her hands on her hips with a large pout. The teaser ends with Shin Woo Yeo’s sly and meaningful smile.

ITZY Announces Upcoming Release Of “In The Morning” English Version​

On May 12, it was announced that an English version of their recent comeback track “In the morning” will be released on May 14 at 1 p.m. KST. 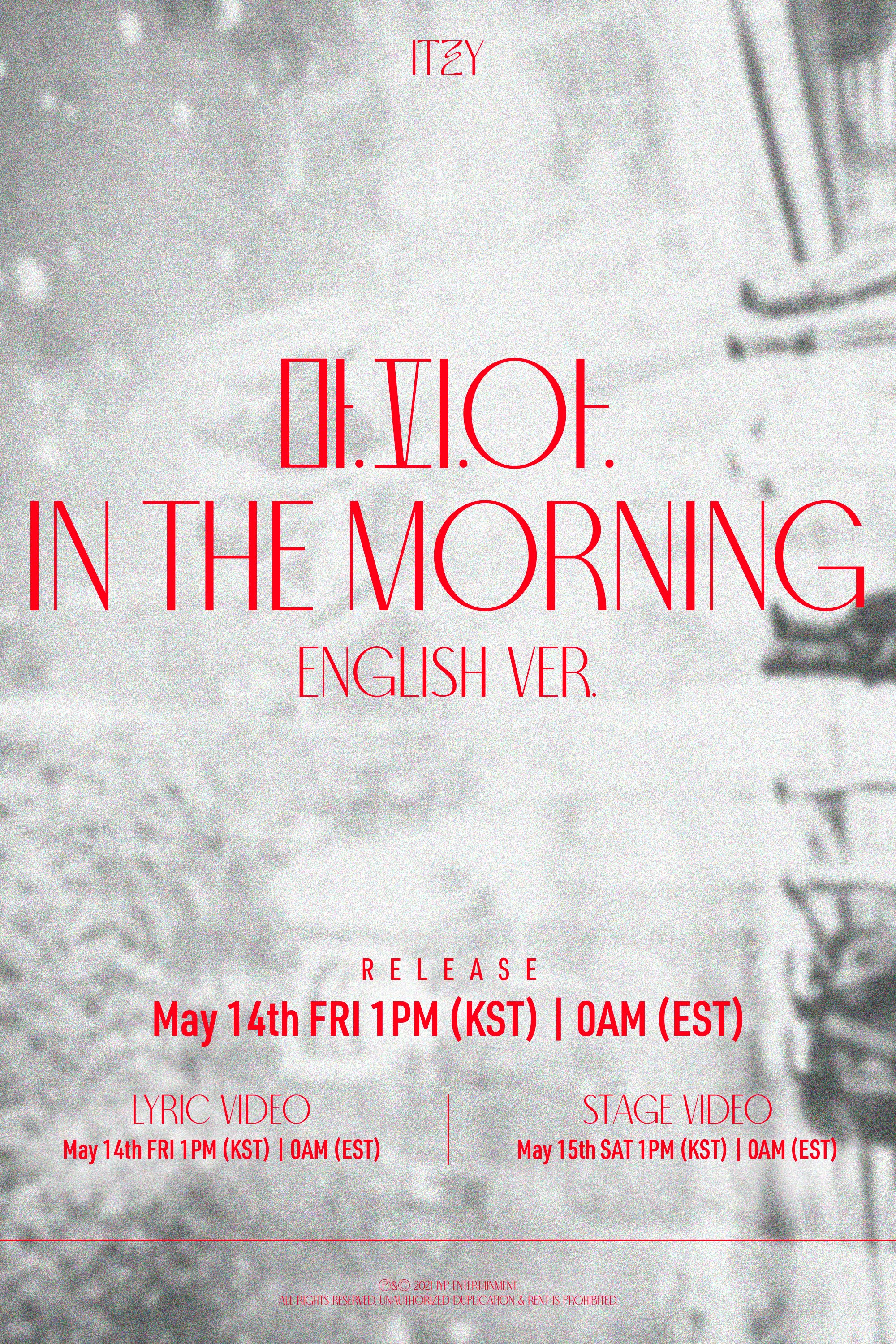 Heize looks towards the skies in 'Happen' teaser images​

In the teasers, Heize looks towards the skies in an ethereal concept. 'Happen' is the singer-songwriter's upcoming seventh mini album, and it's set to drop on May 20 KST. 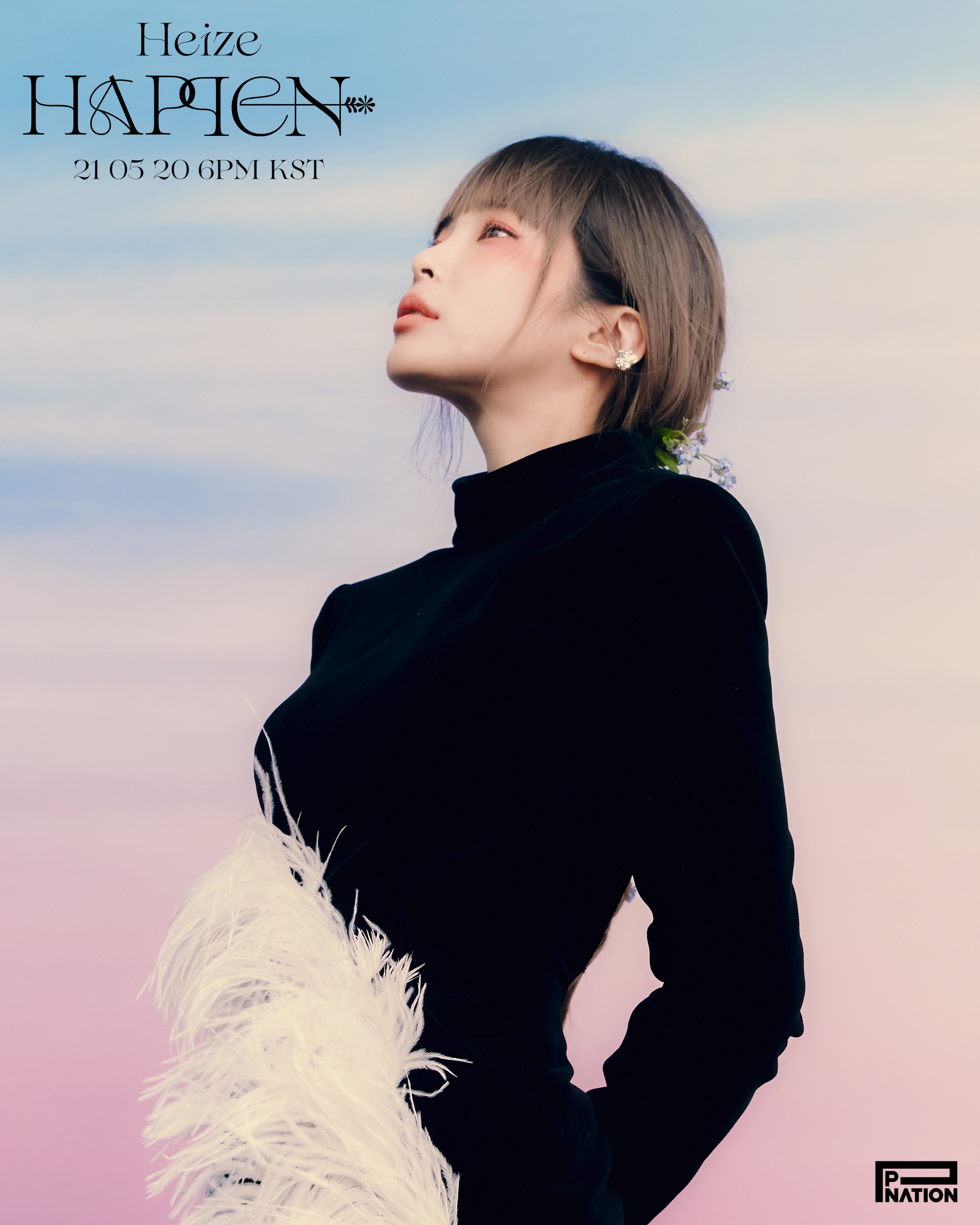 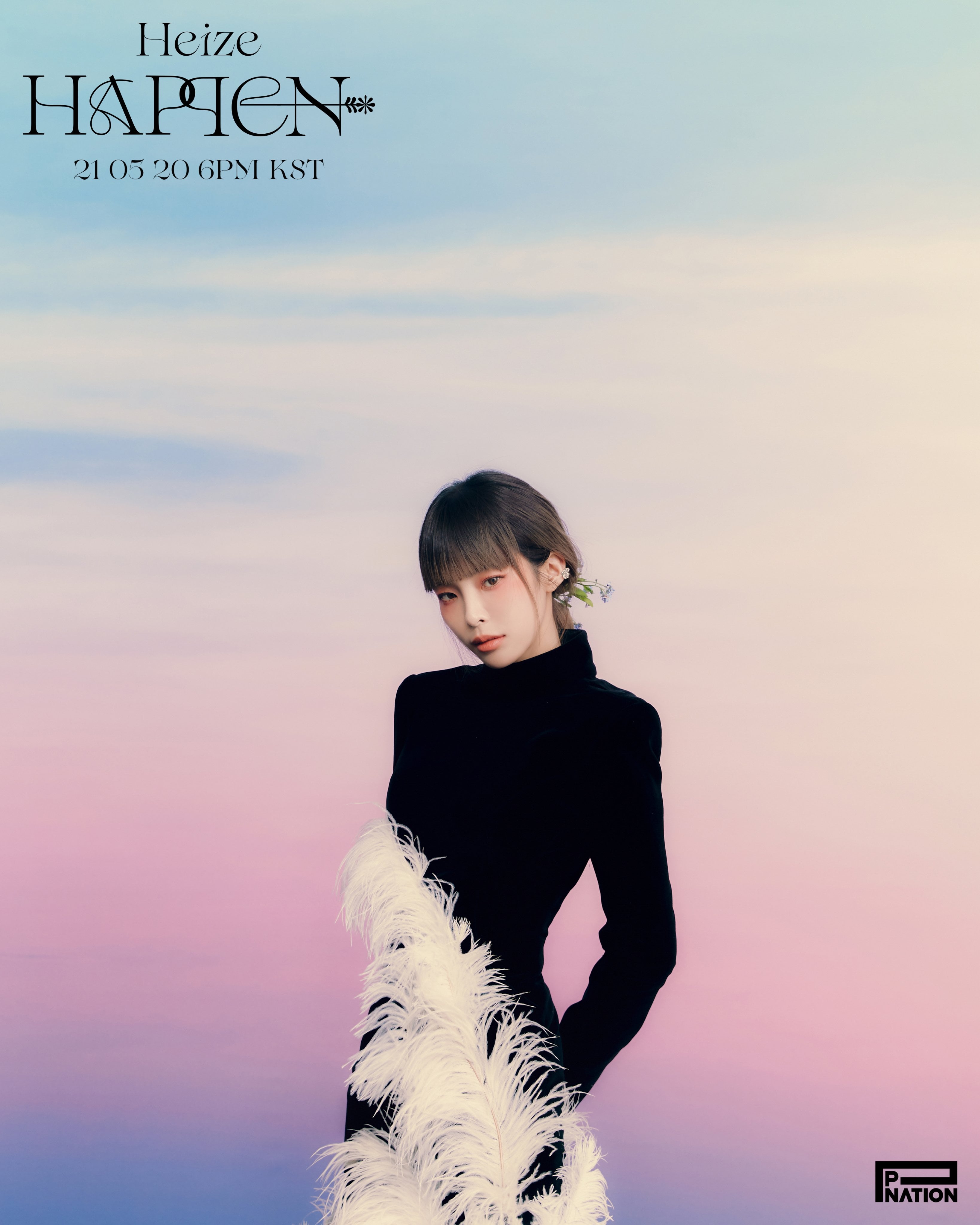 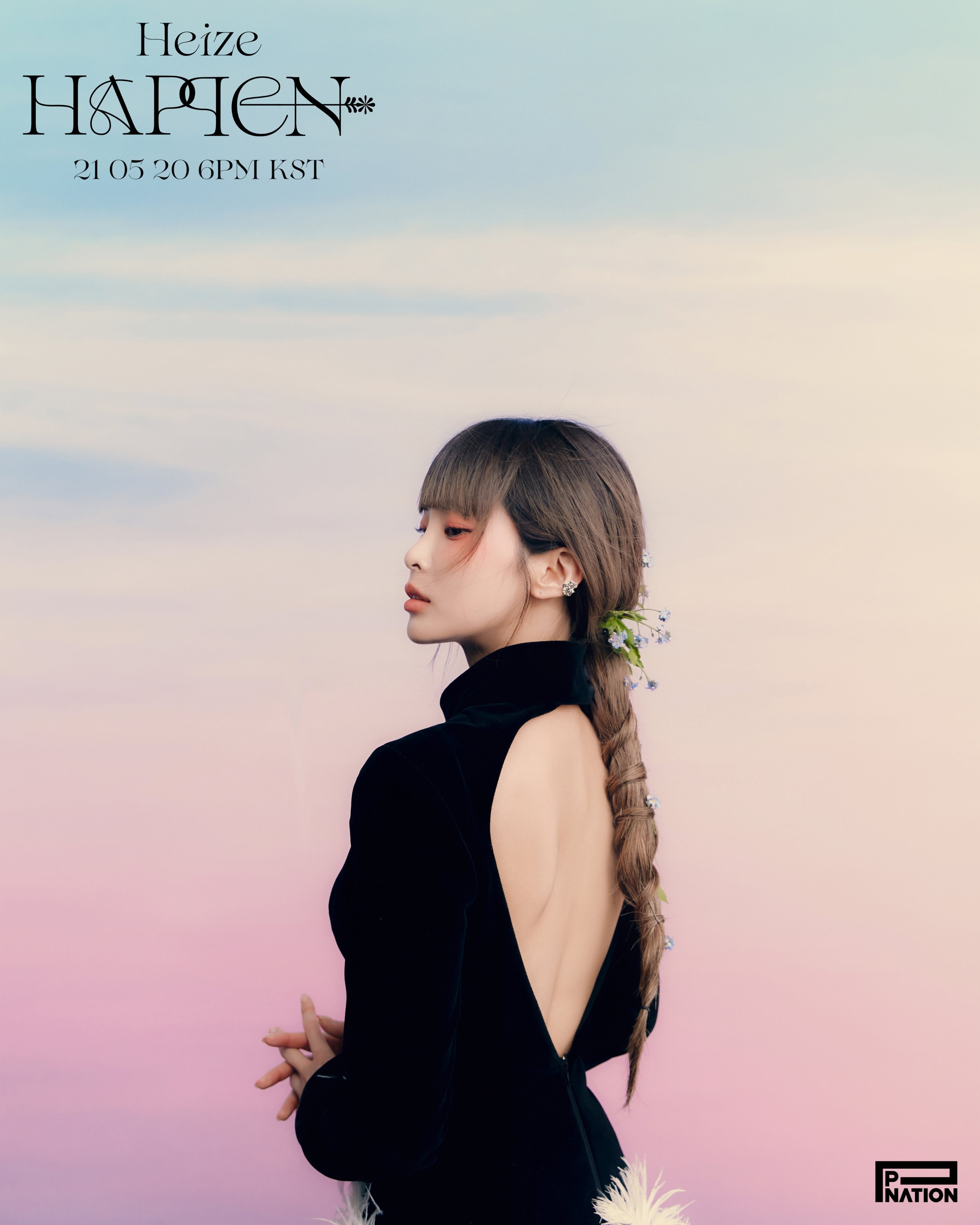 Starting May at midnight, May 8th, PIXY has been uploading concept teaser videos to their Youtube channel for their upcoming mini-album, Bravery. So far, all three have expanded on the world-building for the universe PIXY set up with their debut.


The first concept teaser shows illustrated versions of all six girls. The style is storybook-like, playing into the fantasy aesthetic of PIXY. The girls are shown in a dark forest waking from sleep disturbed by curious concern from a mysterious butterfly.


In the second concept teaser, we see the illustrated versions of the girls switch to live-action footage of them. The narration tells us that these six girls are wingless fairies who formed a friendship to protect themselves. One of the fairies found a torn pair of wings. The narration ends here where we then see shots of the girls with butterflies on their bodies.

These butterflies and the found pair of wings reference the mysterious butterfly from the first teaser, thus further connecting them together.

Considering that their debut song, WINGS, is about them finding their "wings," perhaps the torn pair of wings and butterflies helped the wingless fairies get wings somehow?

The track being played in the background here is INTRO.


Finally, in the third concept teaser, we see the girls sleeping in the forest. Similar to the first teaser, but in a brighter setting. Here, we see Dia sing a bit of the song, INSOMNIA. Shots switch from her to an awoken Da Jeong, who hurriedly buries a box in a plant bed. Appearing very cautious. She is clearly worried about being seen, but by who?

Previously, the girl group revealed ethereal teaser photos, where they became warriors going on to break the 'Next Level.' On May 12 KST at midnight, revealed another set of teaser photos with more realism as each member and their AI counterparts are being seen at the studio getting ready for the comeback. 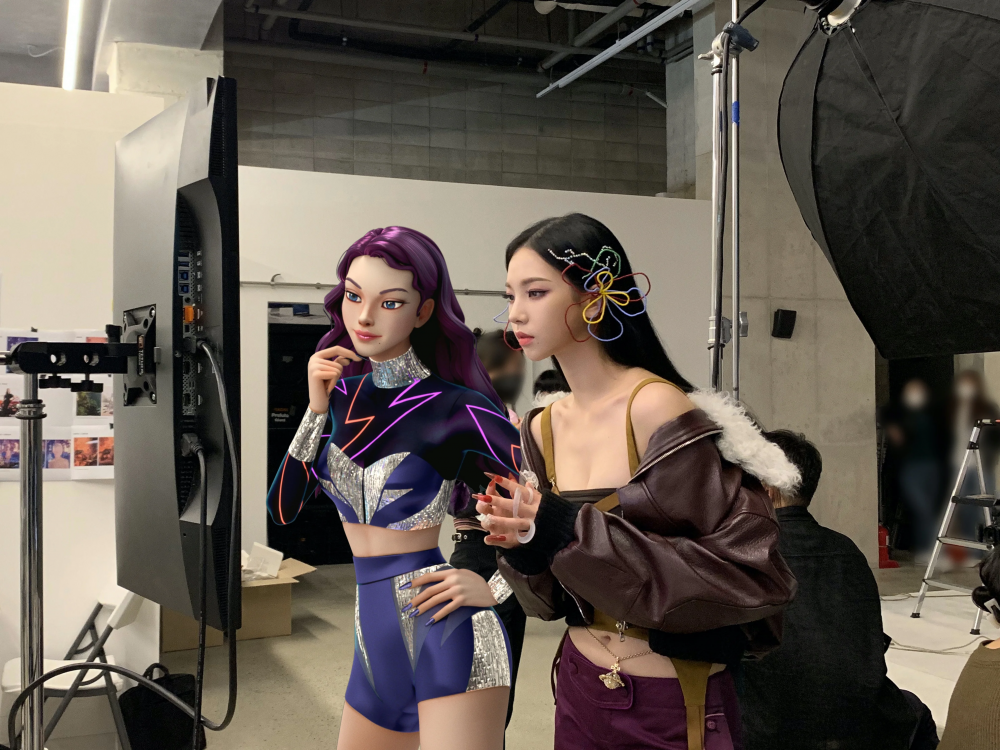 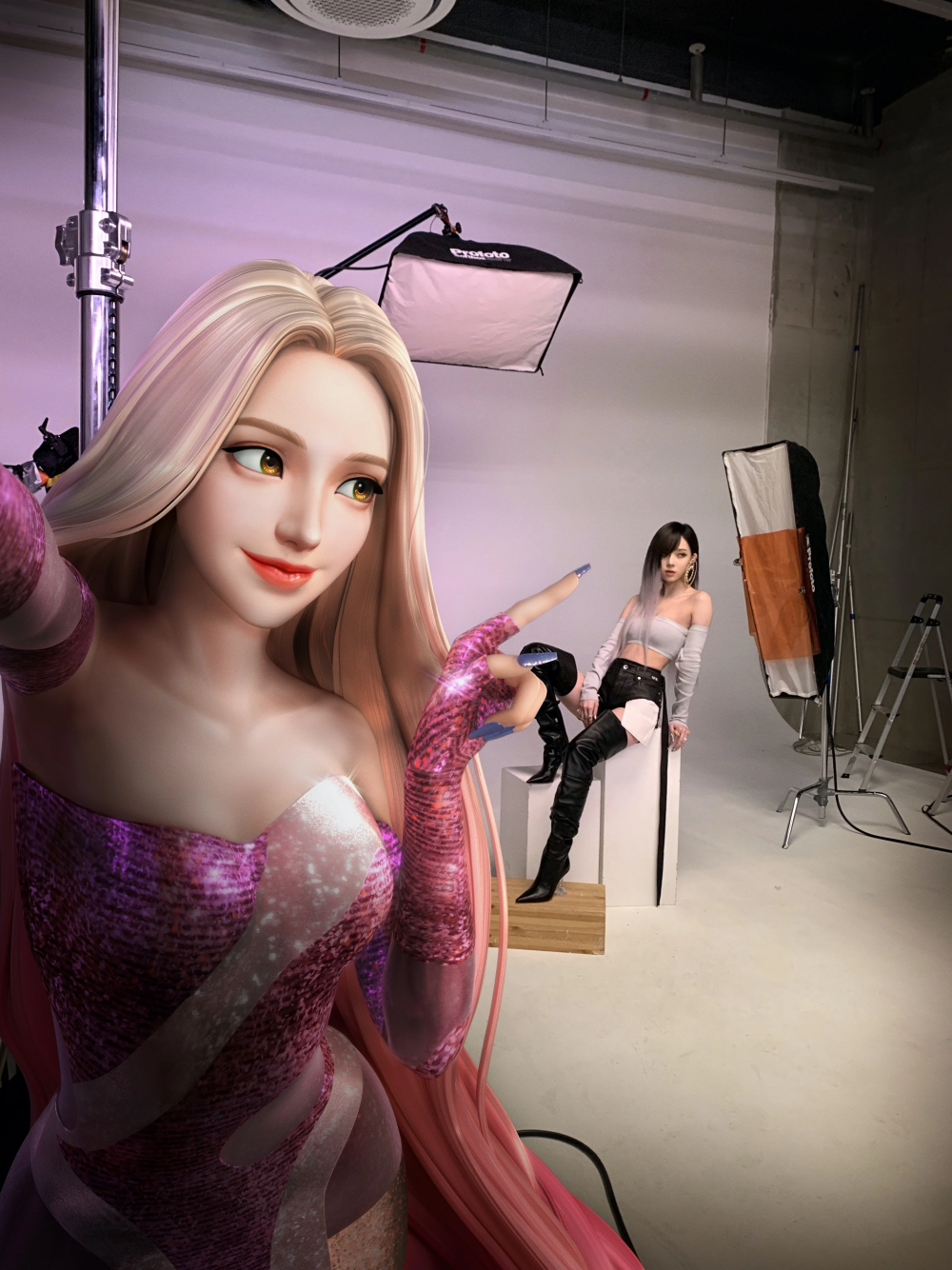 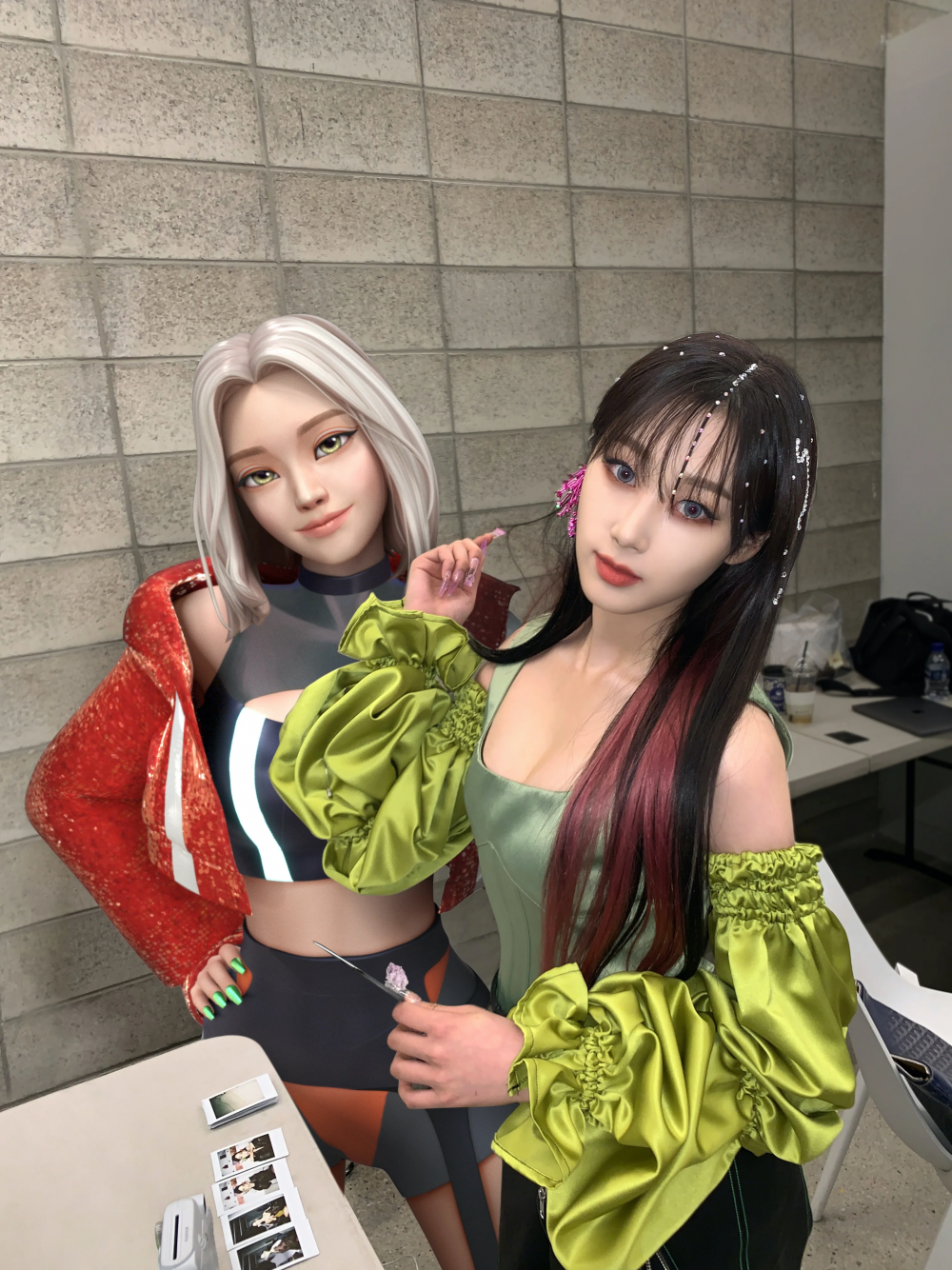 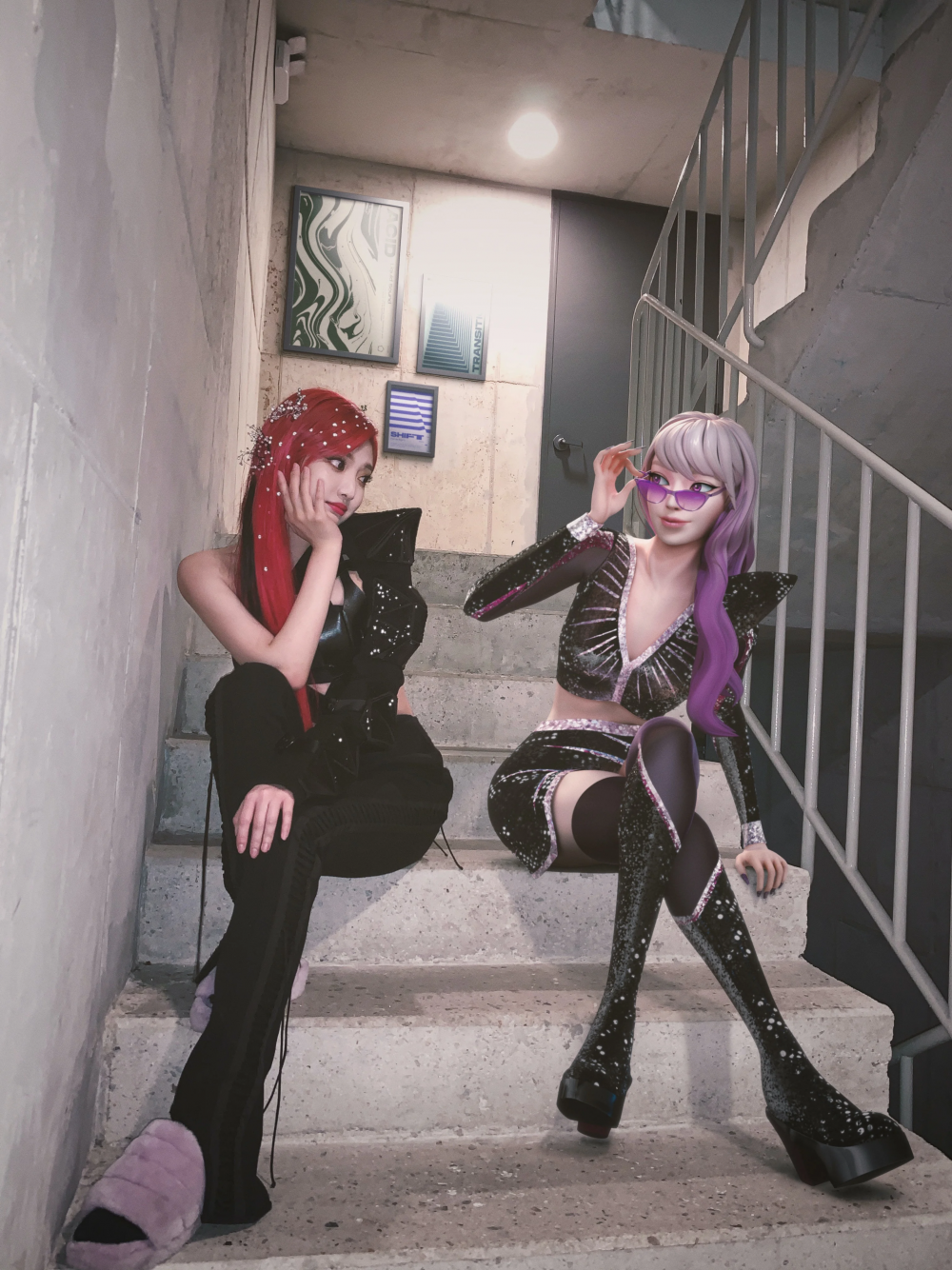 (G)I-DLE's Yuqi previously unveiled the tracklist for her digital single, 'A Page,' followed by an audio snippet teaser giving a preview of the tracks.

Now she released a music video teaser for one of the title track to her double-title single. Yuqi has prepared two songs, "Giant" and "Bonnie & Clyde," for her upcoming digital single.

"Giant" has been composed and lyricized in part by Yuqi herself and the music video teaser shows a simple yet creative animation with a dark vibe that matches the powerful track.

TRI.BE's Soeun unleashes her charisma in the individual teaser film for "RUB-A-DUM"​

As previously reported, the girls are coming back with their 2nd single, 'Conmigo.' The album features two tracks, "RUB-A-DUM" and "Loro."

On May 12 at midnight, the rookie girl group unveiled another concept film for Soeun as she completely unleashes her charisma.

On May 12, Wells Entertainment announced Linzy had signed an exclusive contract with the agency. They stated, "We're pleased to have Linzy, who shows a good image and is versatile in many fields, join our company. We plan to fully support her in a wide range of activities through content like dramas, movies, shows, musicals, and more. We ask for your support."

Linzy made her debut with the girl group FIESTAR in 2012. They disbanded in 2018 after 6 years, and she continued on as a musical actress. 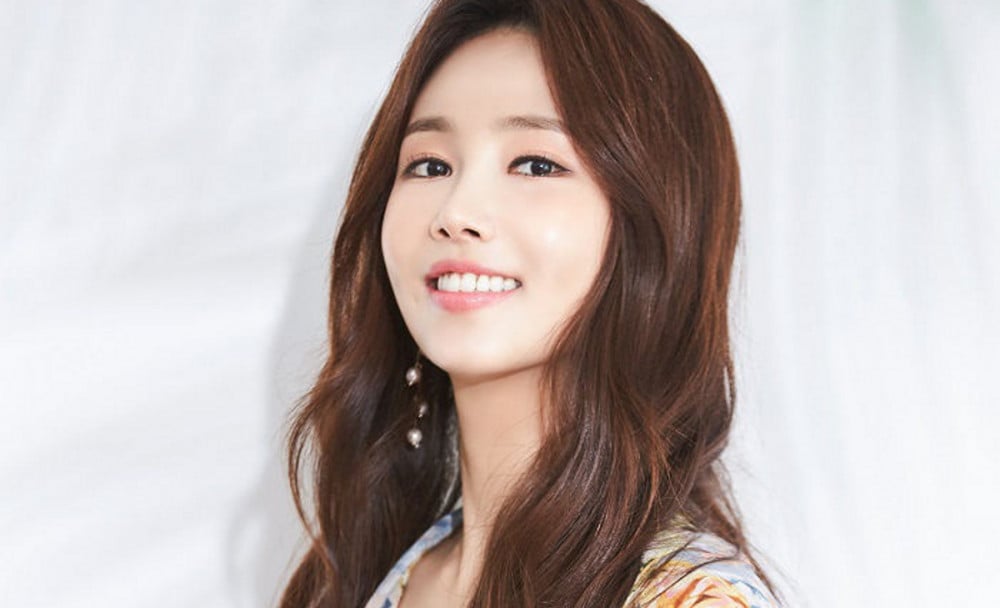 In the MV, WJSN The Black's Exy, Seola, Bona, and Eunseo investigate their way into getting their ultimate treasure. "Easy" is the title song of the Cosmic Girls unit's debut single album 'My Attitude', and it's about grabbing someone's attention with an easy attitude.

The collage video above reveals an intense compilation of EVERGLOW's music videos before they tease the coming of their third single album. "Last Melody" is set to drop on May 25 KST, and the girl group are also holding an online concert on July 25.

In the MV teaser, 10cm watches people bowl as he sits alone thinking. "Sleepless in Seoul" is the singer-songwriter's upcoming dreamy track featuring AKMU's Suhyun, and it's set to drop on May 13 KST.