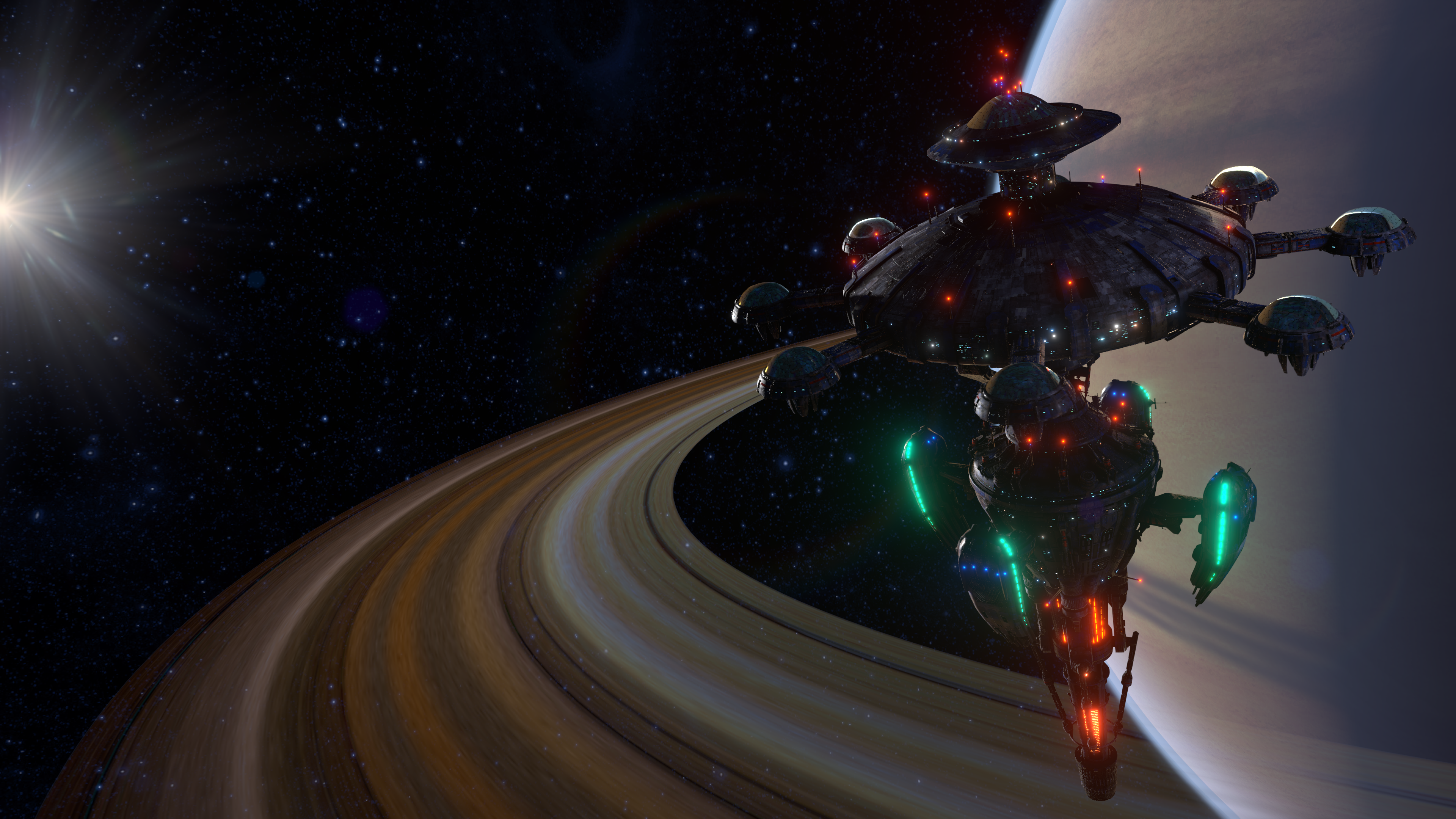 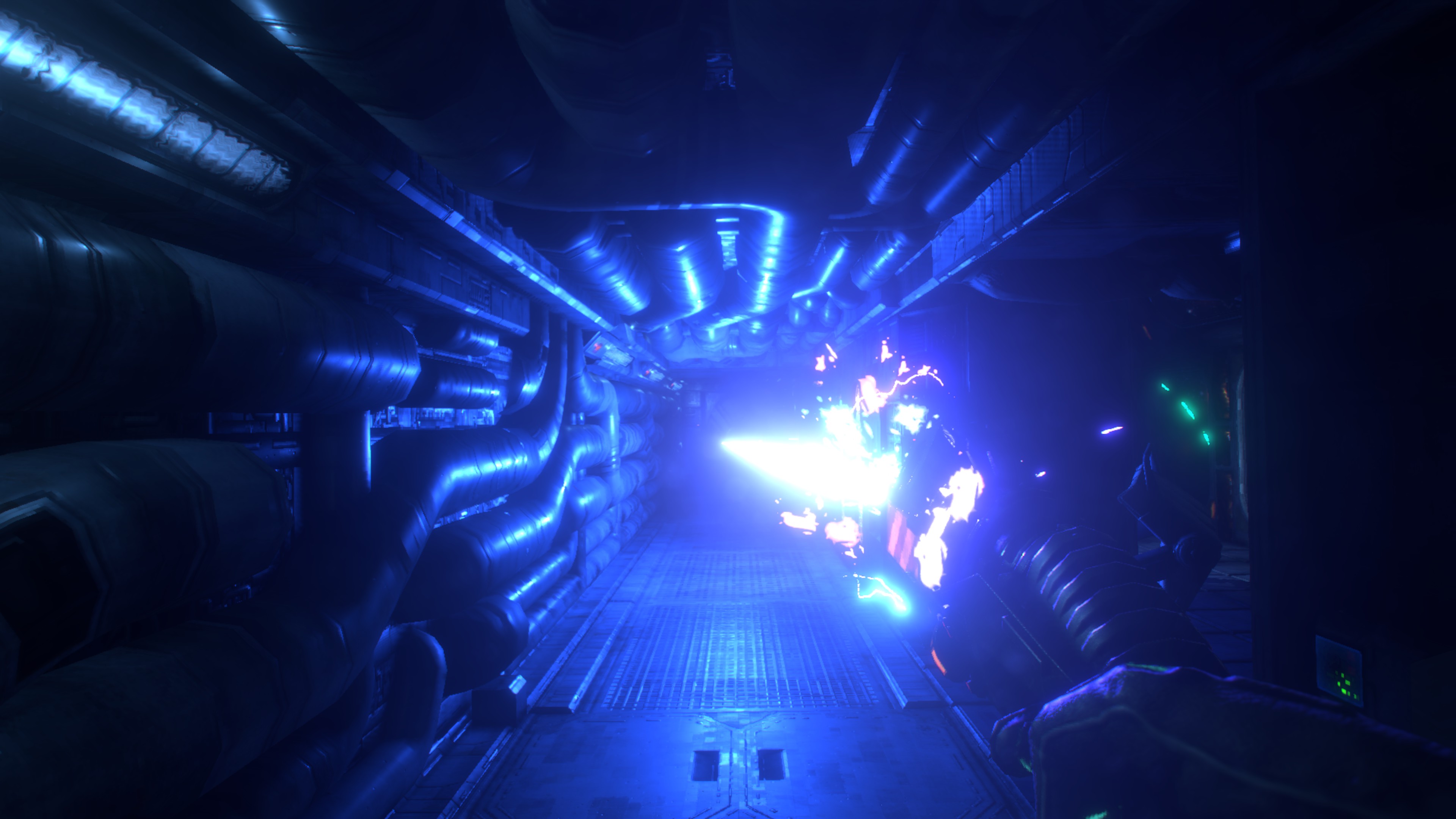 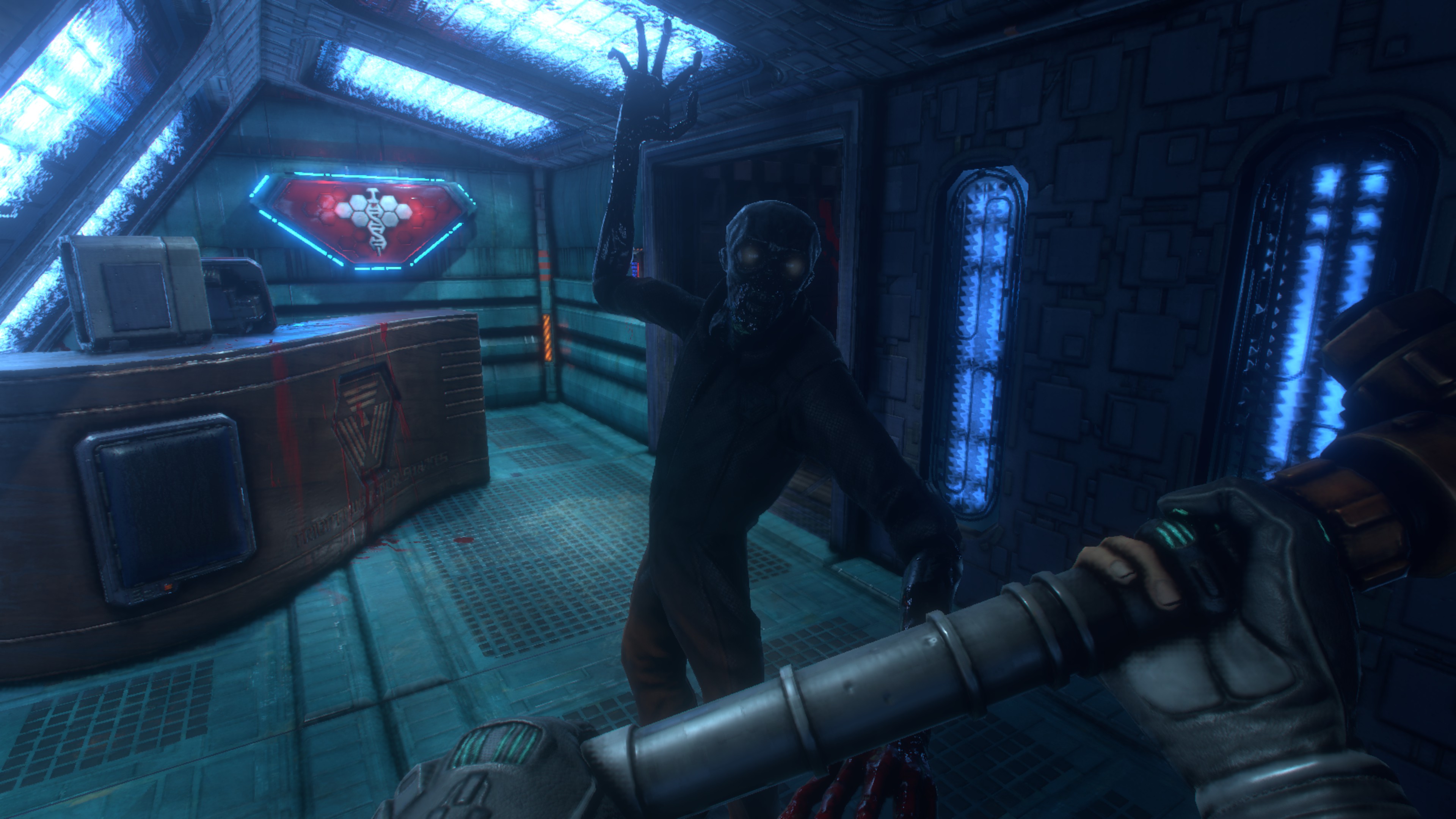 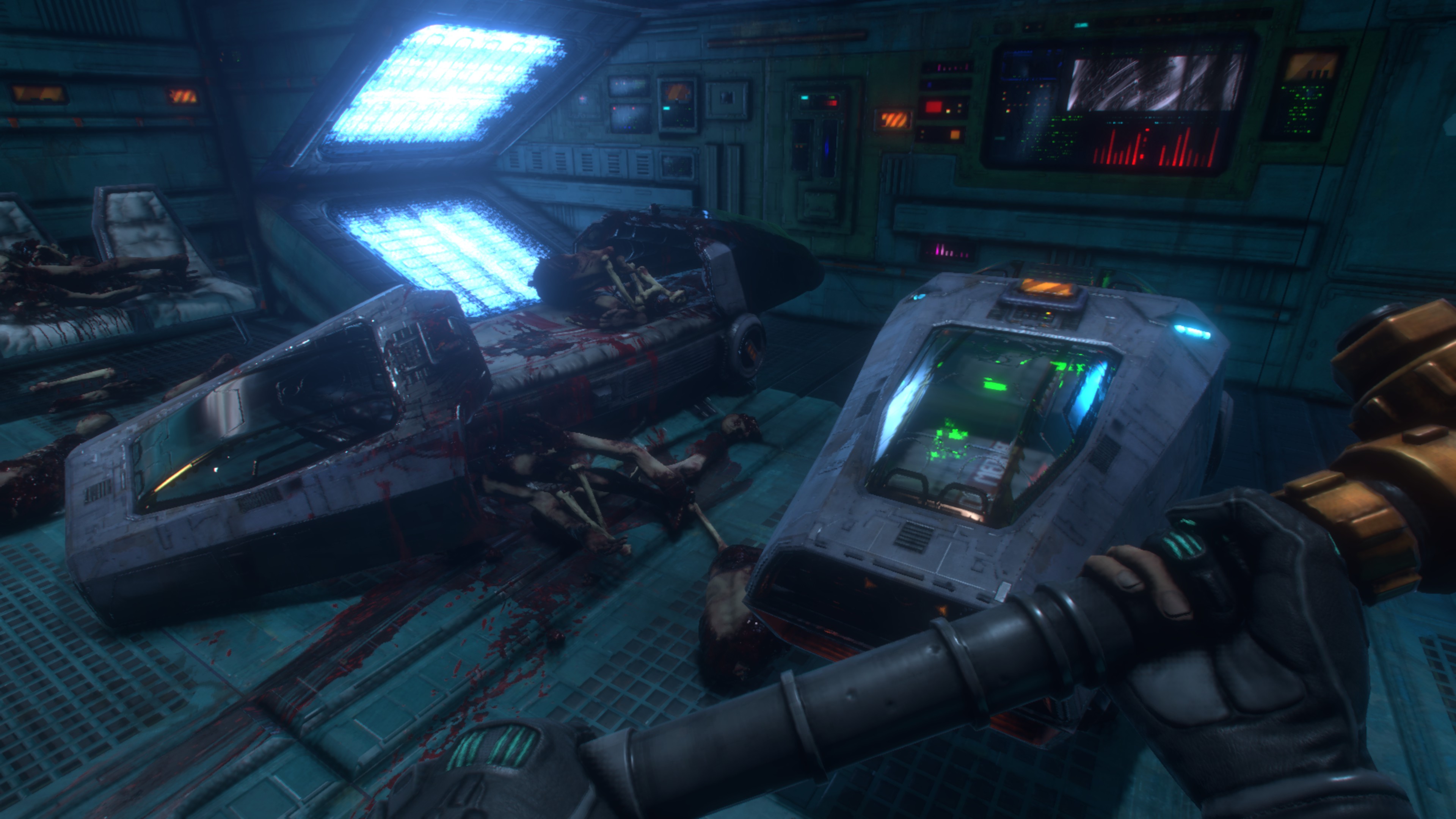 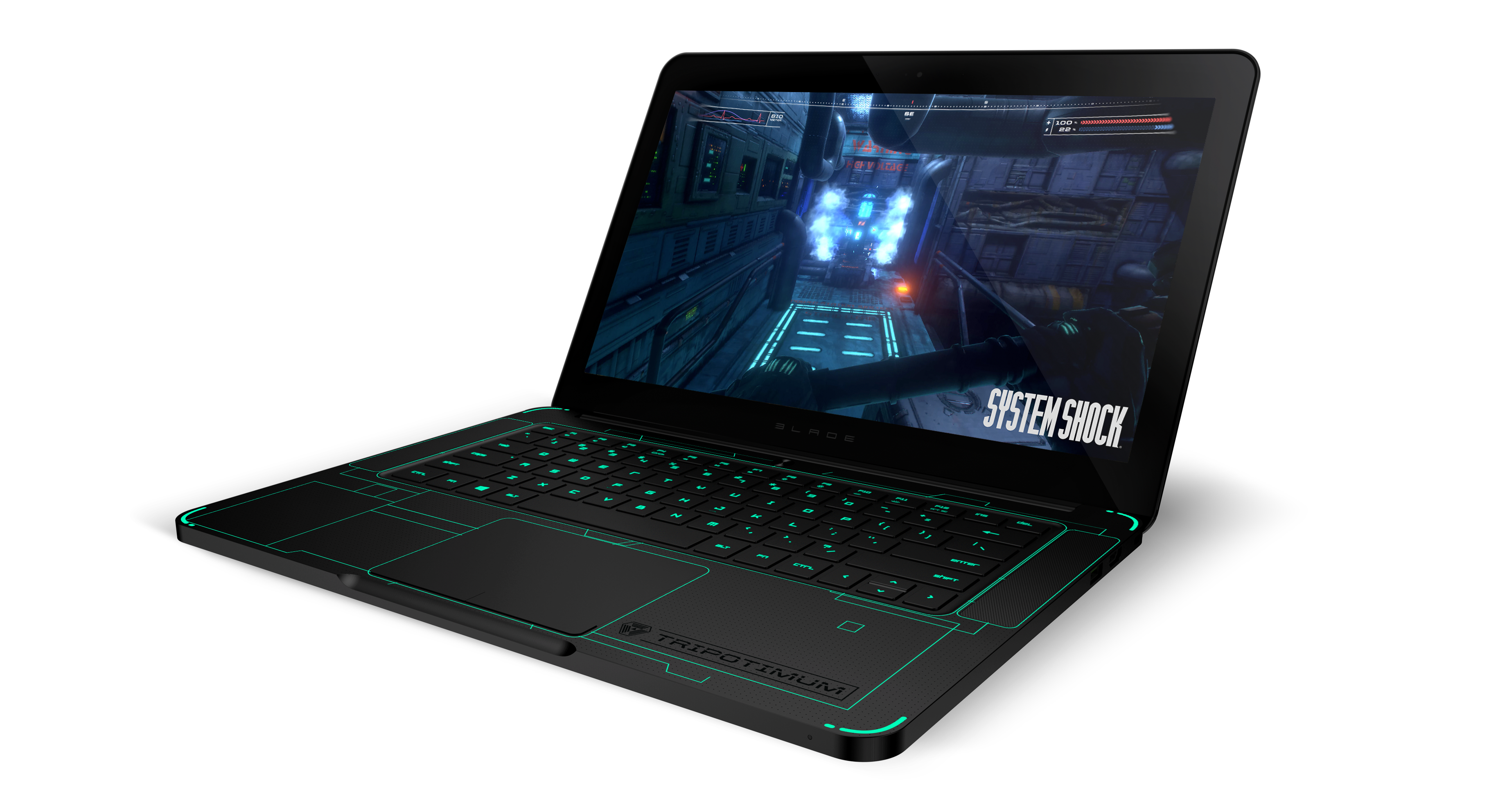 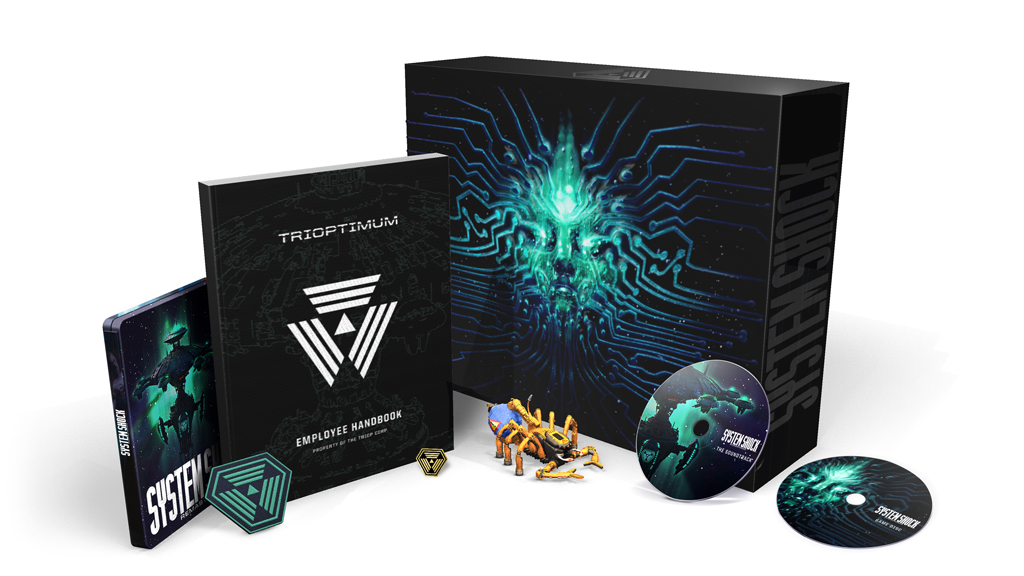 some of the concept artwork by original artist Robb Waters 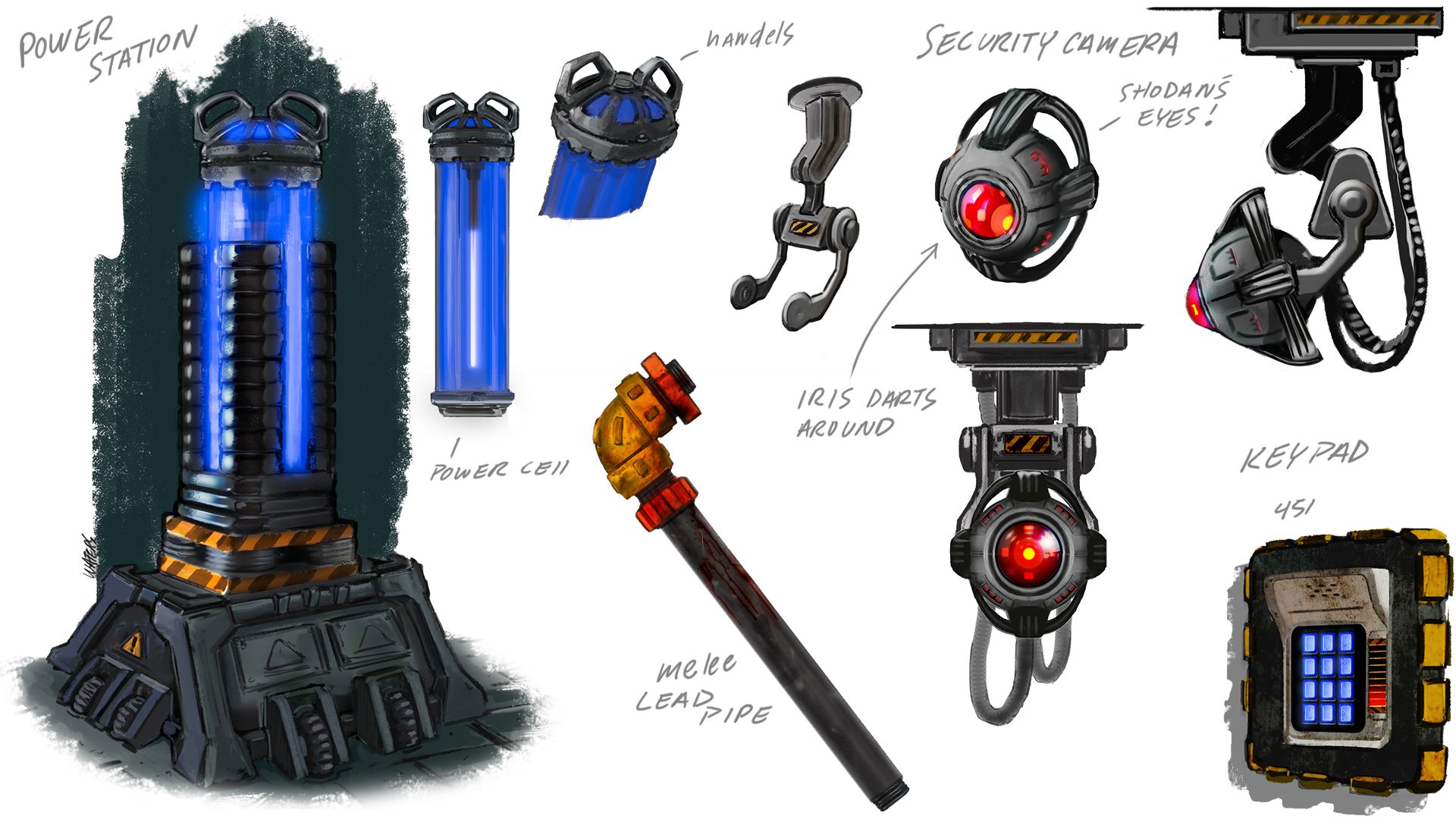 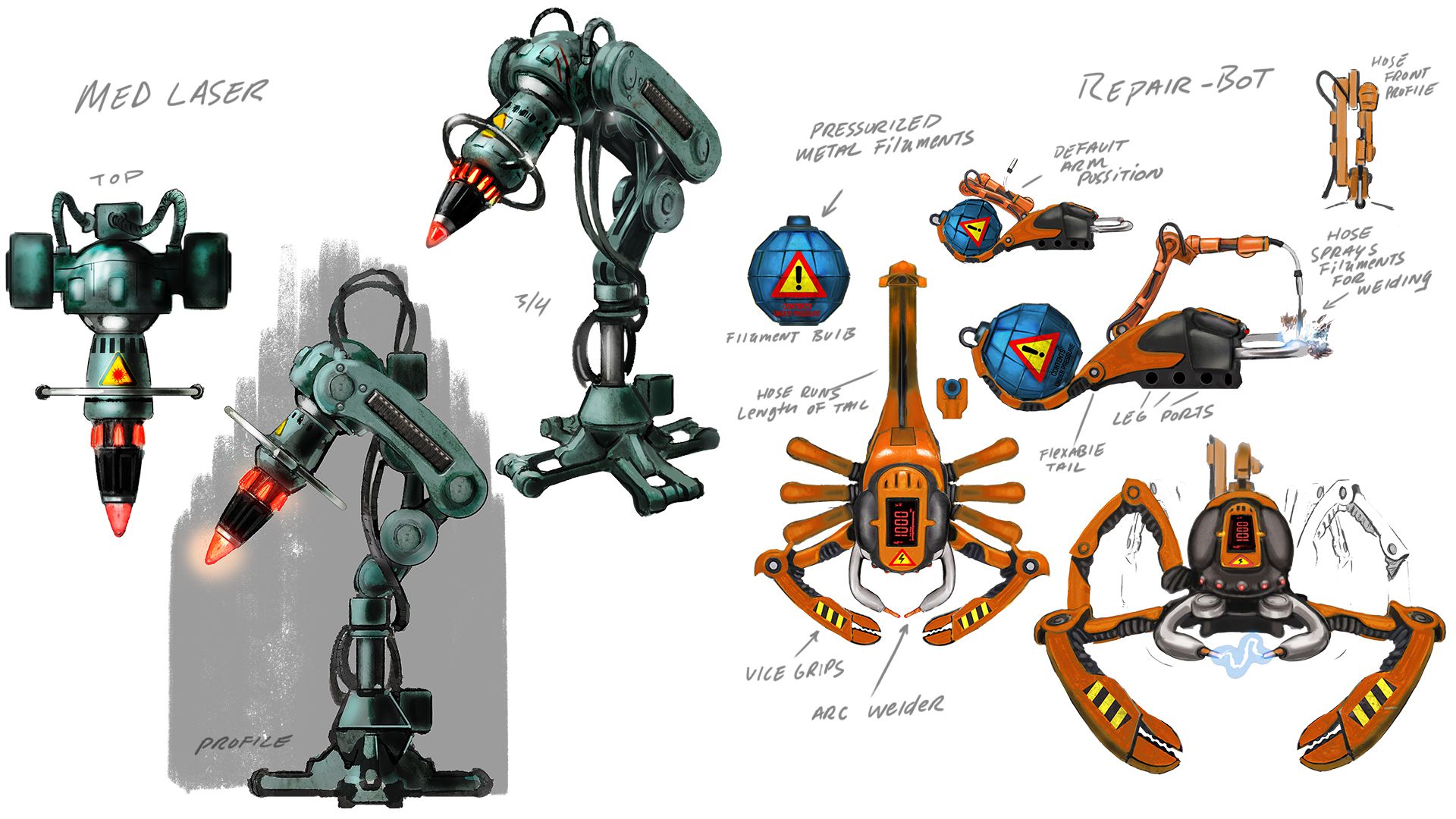 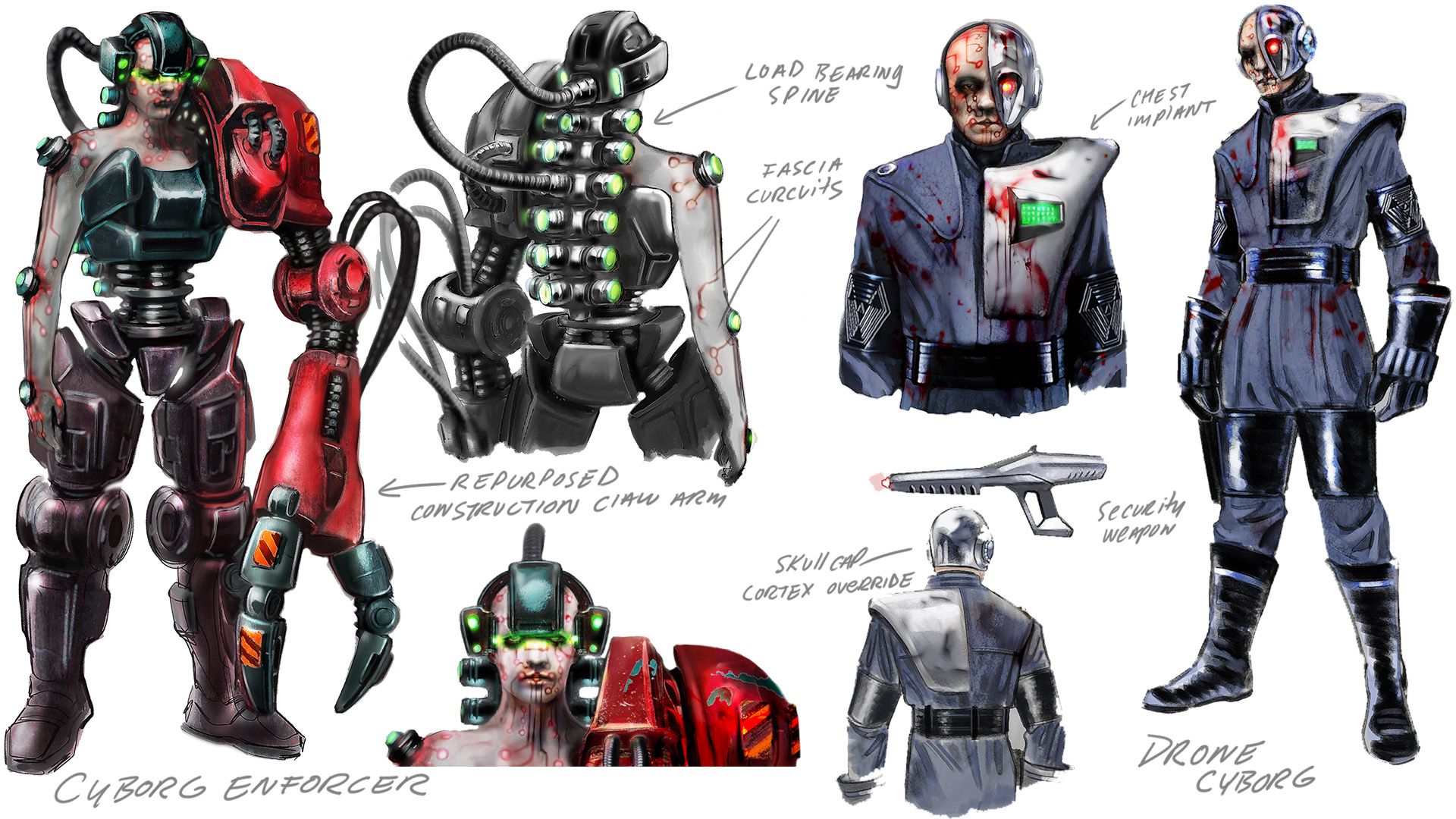 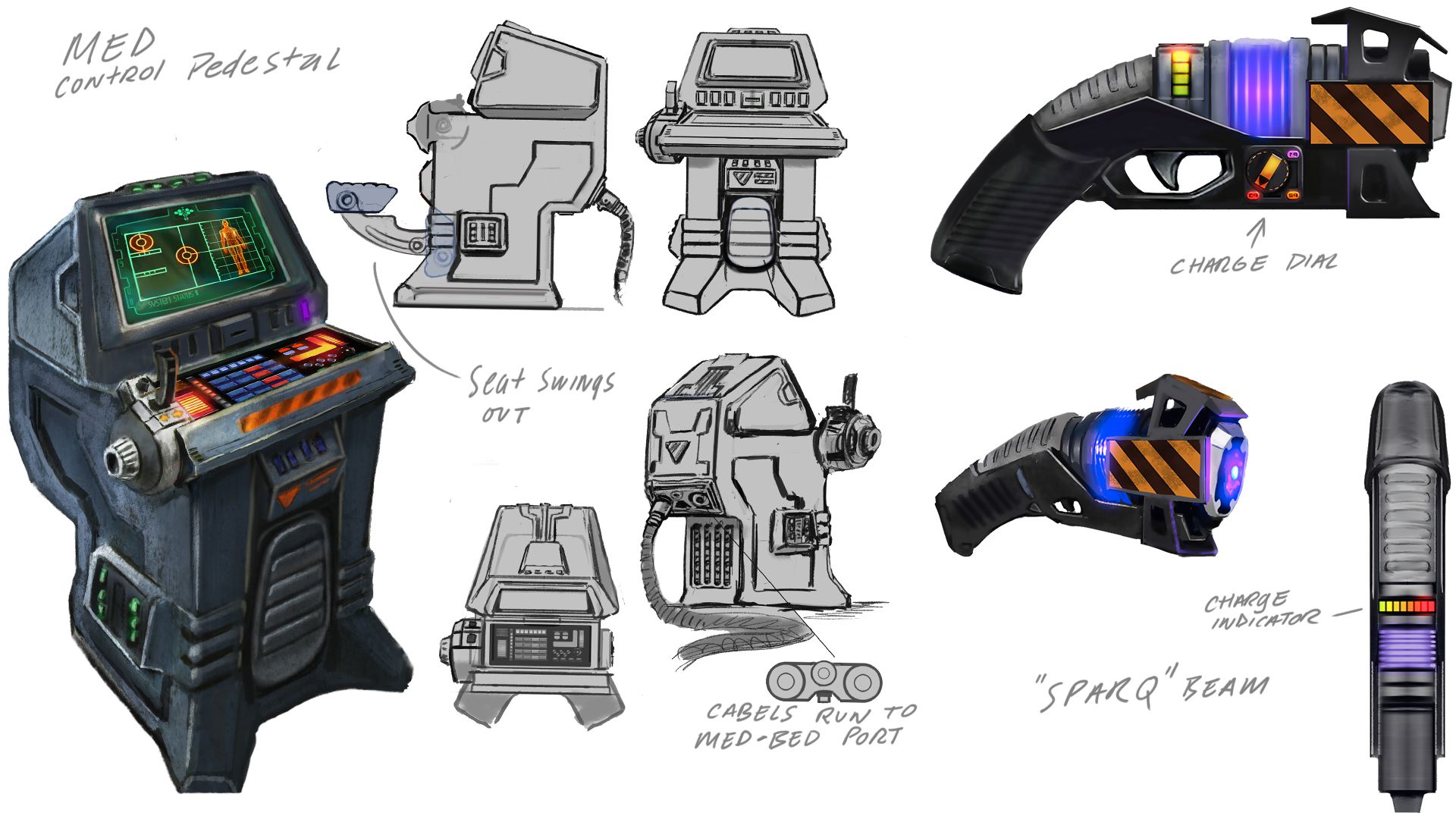 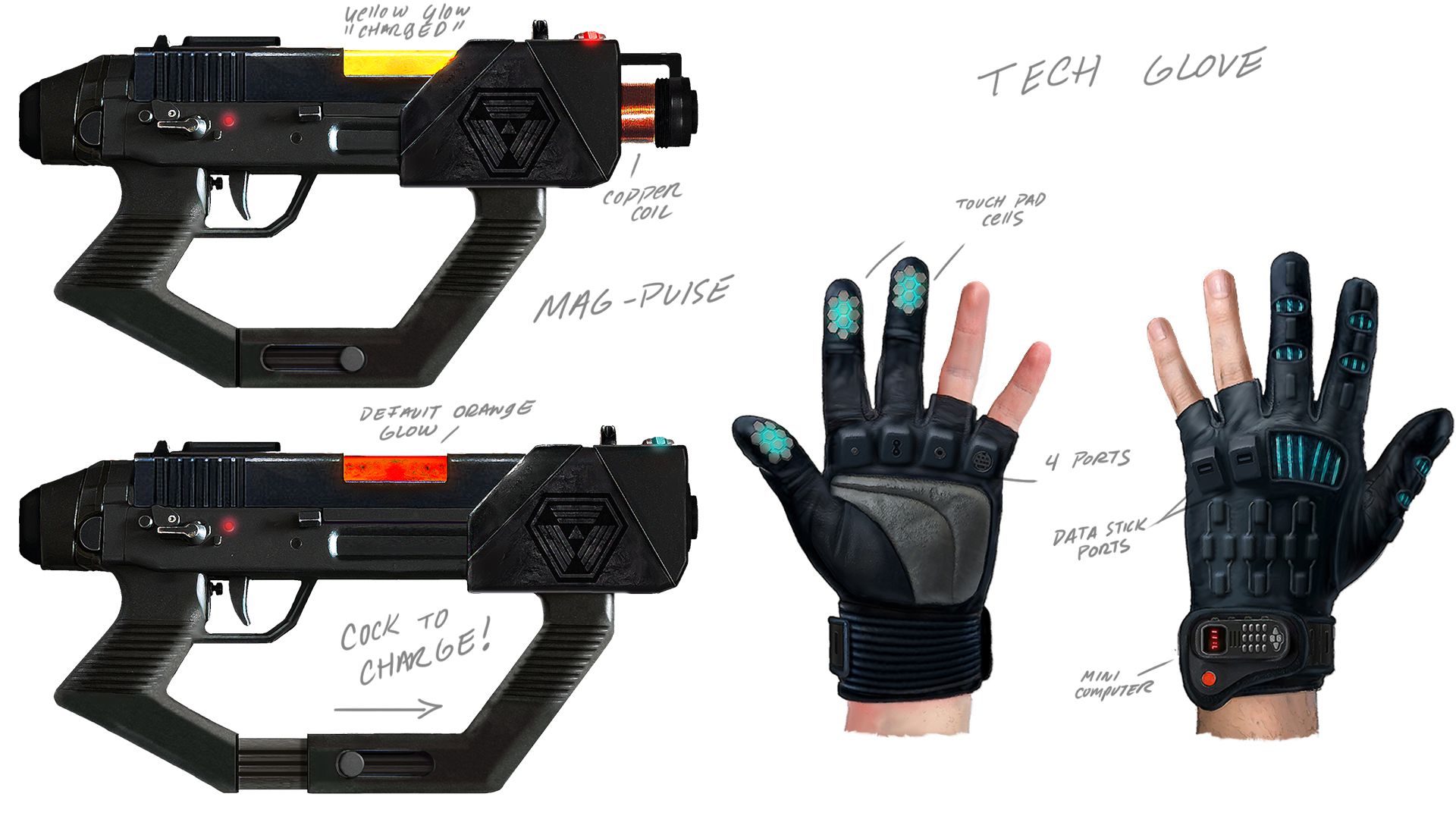 The grandmother of sci-fi horror is BACK! A word from Stephen

Our fearless leader, Stephen Kick, the CEO of Nightdive Studios and Creative Director on System Shock has a few words to share:

I'm sitting at my desk after our first day of funding and I'm finding it very difficult to put into words just how grateful I am to everyone and the support they've given us over the last 24 hours. Your outpouring is inspiring and we're doing our best to answer the various questions, requests and concerns you have regarding the campaign, rewards, supported platforms and bugs you've encountered in our demo.

Platforms: We've been listening to your requests and have started discussions with Sony regarding a PS4 release - at this stage we can't confirm System Shock on PS4, but we will follow up with an announcement in the near future with more details.

The Demo: Thanks to everyone who has downloaded and played our demo - also thanks to those of you who have been sending us crash/bug reports. We're planning an update early next week that will fix various issues and bugs you've encountered while adding in a few additional features for you to experiment with.

RPG Elements: We're aware of the discussions going on and while there is still plenty of design work to do, we have the best intentions in mind of making a game that will both challenge the player, while still staying true to what people loved about System Shock.

As Stephen mentioned, we're working on a patch with fixes and updates based on all of your feedback. That should be out around Monday if everything looks good.

We're also looking into ways of connecting more closely with our backers with some snazzy things like access to a private Discord server so you can chat with the team while we work on stuff. If you have suggestions about more ways we can connect with all of you, please let us know

There's quite a bit more brewing based on your feedback, but I'll talk about that in another update.
Click to expand... When Nightdive started in 2012, it was a one man operation with a singular goal- Recover gaming's lost treasures and make them available again for all to enjoy. As operating systems and video cards become more complex, we lose the ability to go back and replay many of the games we grew up with. I wanted to do everything I could to breathe new life into these forgotten classics.

The journey started with System Shock 2 and the reception/support I received allowed me to seek out other like minded individuals who would help locate and revive more lost classics like: I Have No Mouth and I Must Scream, Wizardry, and The 7th Guest series to name a few. As we continued to grow in team size, so did our ambitions. With the release of The Original Strife: Veterans Edition and Noctropolis we were able to restore the games and add additional features. We fixed original bugs, included unfinished games mode, added support for widescreen monitors, and implemented OpenGL to update the visuals. Next was Turok, followed by System Shock: Enhanced Edition and an even greater desire to take our mission to the next level.

We had done everything we could to make the Enhanced Edition more accessible to a modern audience but it reached the point where we began discussing a remake from the ground up. We started with a core team and a simple prototype to see if we could capture the look and feel of the original game.

Pleased with the results we then brought on Robb Waters to help us re-imagine the enemies, weapons and other memorable props and items from the game, and to create a common thread between the remake and the original game. Robb concepted the original game, he should be the one to revisit the remake.

A few more team members were brought on to take our prototype and develop it into the pre-alpha demo we would eventually release with Kickstarter. Our campaign began with a tremendous surge of support and in less than two weeks we've been completely funded...

There's no possible way I could convey how grateful the Nightdive team is to the 14,000+ backers who put their trust in us - we're having a lot of fun remaking System Shock and we owe it all to you! 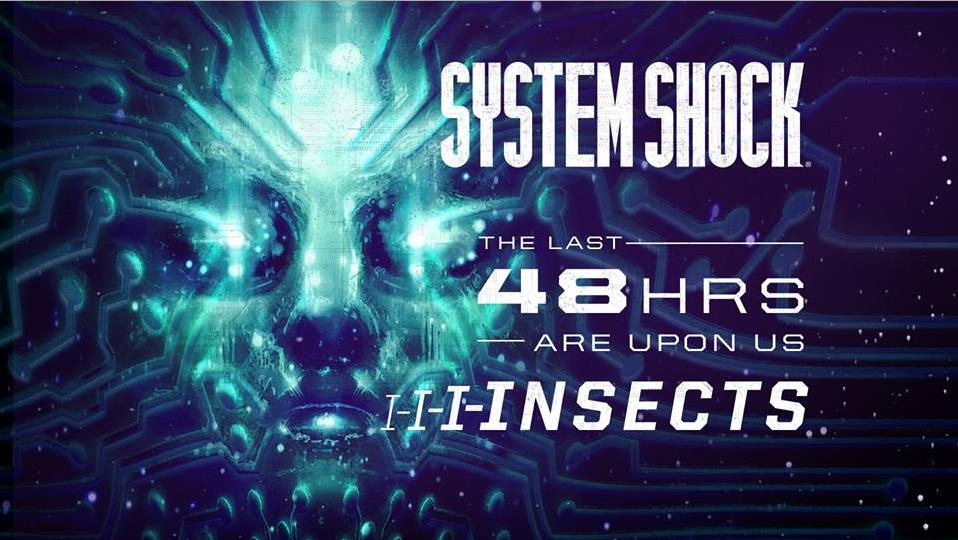 Note: No longer able to cancel KS pledges but can change the amount.

Q: When is the release date?

A: We're still early in development. Once we enter our Production phase, we'll have more info for all of you.

Q: What happened to the old Unity Demo?

A: At this time, we have taken down the old demo since it does not reflect the current state of the project.

Q: Will there be an Unreal Demo soon?

A: We do not have plans to release a build of the game until the backer Beta begins.

Q: Any hope for a Nintendo Switch version? How about Xbox One X?

A: It is not off the table.

Q: Will there be Mod Support?

A: While we did not hit this goal as part of the Kickstarter, however it is a goal on Backerkit: https://system-shock.backerkit.com/

A: Yes. Mac, Linux, and Windows
Click to expand...

Welcome to the System Shock: Adventure Alpha! Backers will be able to freely traverse Citadel Station, pick up items, listen to audio logs, read emails and complete the game’s objectives from start to finish.

These are the original textures and not final art. Not only will these re-tooled textures make the Adventure Alpha more interesting but it will provide the team with a blueprint of how to approach updated art, lighting, level design, and more.
Click to expand...

Update bros - Nightdive Studios has given fans of the upcoming System Shock remake who missed out on the game's pre-alpha demo during The Game Festival - a bit of a consolation with a streaming of the demo.It is coming!

System Shock Remake is going to be published by Prime Matter!
Partnership will allow a simultaneous release on PC and console platforms: (PS4/PS5/XboxOne/Xbox Series)