What are you reading now?

jennlimm said:
Did anyone read Shadow and Bone? I personally found Netflix's version made the main characters so annoying......
Click to expand...

I did with the audiobook version. I enjoyed it but it didn't generate enough interest for me to quickly proceed to the 2nd book. But will keep in mind.
G

Finally done with book 9 of wheel of time. Book 10 next! Hoping to finish the series before the end of the year 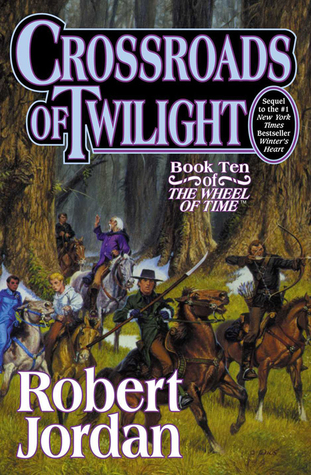 Going to start on The Lady of the Lake, the final book in the Witcher series.
P

I am currently reading this 5 titles right now:

The Great Empires of Asia by Jim Masselos, Jonathan Fenby​

Overview:
Asian empires led the world economically, scientifically and culturally for hundreds of years, and posed a constant challenge to the countries of Europe. How and why did those empires gain such power, and lose it? What legacies did they leave?

This major book brings together a team of distinguished historians and 200 illustrations to survey seven great Asian empires that rose and fell between 800 CE and the mid-20th century: the Mongol Empire, Ming Dynasty of China, Khmer Empire, Ottoman Empire, Safavid Empire of Persia, Mughal Empire of India and the Meiji Restoration in Japan. Compellingly written, The Great Empires of Asia shows how those seven empires played a key role in forming today’s global civilization – and how, with the renewed ascendancy of Asia, their legacies will help shape the continent’s future.

Personal review: easy and readily digestible; the history version of "pop-sci", can be read by any member of the public.
You must log in or register to reply here.
Share:
Facebook Twitter Reddit Pinterest Tumblr WhatsApp Email Share Link
Important Forum Advisory Note
This forum is moderated by volunteer moderators who will react only to members' feedback on posts. Moderators are not employees or representatives of HWZ. Forum members and moderators are responsible for their own posts.