Although I like this kind of games, from the video playthrough it does seem quite boring. Mainly just going around blasting(mining) rocks?

RobinTeoHood said:
Although I like this kind of games, from the video playthrough it does seem quite boring. Mainly just going around blasting(mining) rocks?
Click to expand...

yeah don't bother with the game. not worth $60 as everyone says. just wait for bargain bin price.
Q

[PC] Following reports of some people experiencing issues with the game while unsupported mods are installed, we’ve added mod detection which will show a warning screen on loading when mods are detected. A mouse click or button press will dismiss this screen. We have also introduced a new method for mod installation which should prevent player’s games from breaking when a new update is released. For details please see the ‘DISABLEMODS.TXT’ file in the \GAMEDATA\PCBANKS folder.

[PC] We’ve enabled a temporary workaround for the SLI issues people are experiencing. If you are running in SLI, please disable TAA and the game should run. We are looking into a more permanent solution to this issue.

Fixed an issue which, in some rare cases, prevented NPCs from giving you mission critical dialogue.

Fixed a bug which could cause core items to be transferred from exosuit inventory to starship inventory.

Fixed a number of rare crashes (if you continue to experience crashes, please send a crash report and include your crash dumps).

[PC] Running the game via the .exe file should no longer give Steam Init errors.

Fixed an issue where underwater buildings could spawn without doors which in rare cases would mean the NPC missions could not be completed. (Note: If you are still being pointed to missing facilities during the NPC questlines, you can either claim a new base and re-build the NPC terminal, or if you have a Freighter, remove the NPC terminal from your base and rebuild it in the Freighter. The NPC should then give you new coordinates. We are still working on a more permanent fix for this issue).
Click to expand...

Fixed a bug that would make the player character small.
Space battles will now vary in size more and players should see bigger battles.
Fixed the instantaneous death loop that could occur in survival mode if you saved with 1 health and no hazard protection. You will still be on the verge of death when you load in, but it won’t happen instantaneously.
[PC] Fix for steam controller not being able to warp.
[PC] Removed up, down, left, right as quick menu navigation keys to allow left handed players to move while using the quick menu.
[PC] Page Up and Page down can now be used to navigate up and down in the quick menu.
Removed duplicated planets from discoveries menu.
Fixed an issue with redeeming promo ships in survival, which would result in the ship being spawned above the ground.
Fix for missing ruins underwater which could cause missions to point to nothing.
Various audio tweaks and fixes:
Added ladder climbing sounds.
Fixed base building prop sounds not playing when placed inside a Freighter.
Added sound effect for calling Freighters.
Added sound effect when using communication stations.
Fixed an issue which could affect ambient sound in Freighters.
Changed the sound effect when using the Terminus Teleporter.
Fixed some rare crashes.
Click to expand...

Laced: How did it come about that a game development studio like Hello Games hired a rock band?

Weir: “Using 65daysofstatic was [No Man’s Sky game director and Hello Games’ Managing Director] Sean Murray’s idea. Right from the earliest stages, from when we first started talking about audio for the game, Sean didn’t want a conventional game soundtrack—he was listening to their music when the team was initially prototyping the game and the intention was always to work with them.

Part of the Waking Giant ARG that has been ongoing for over a month now.

Latest messages have been decoded. Things are astir. 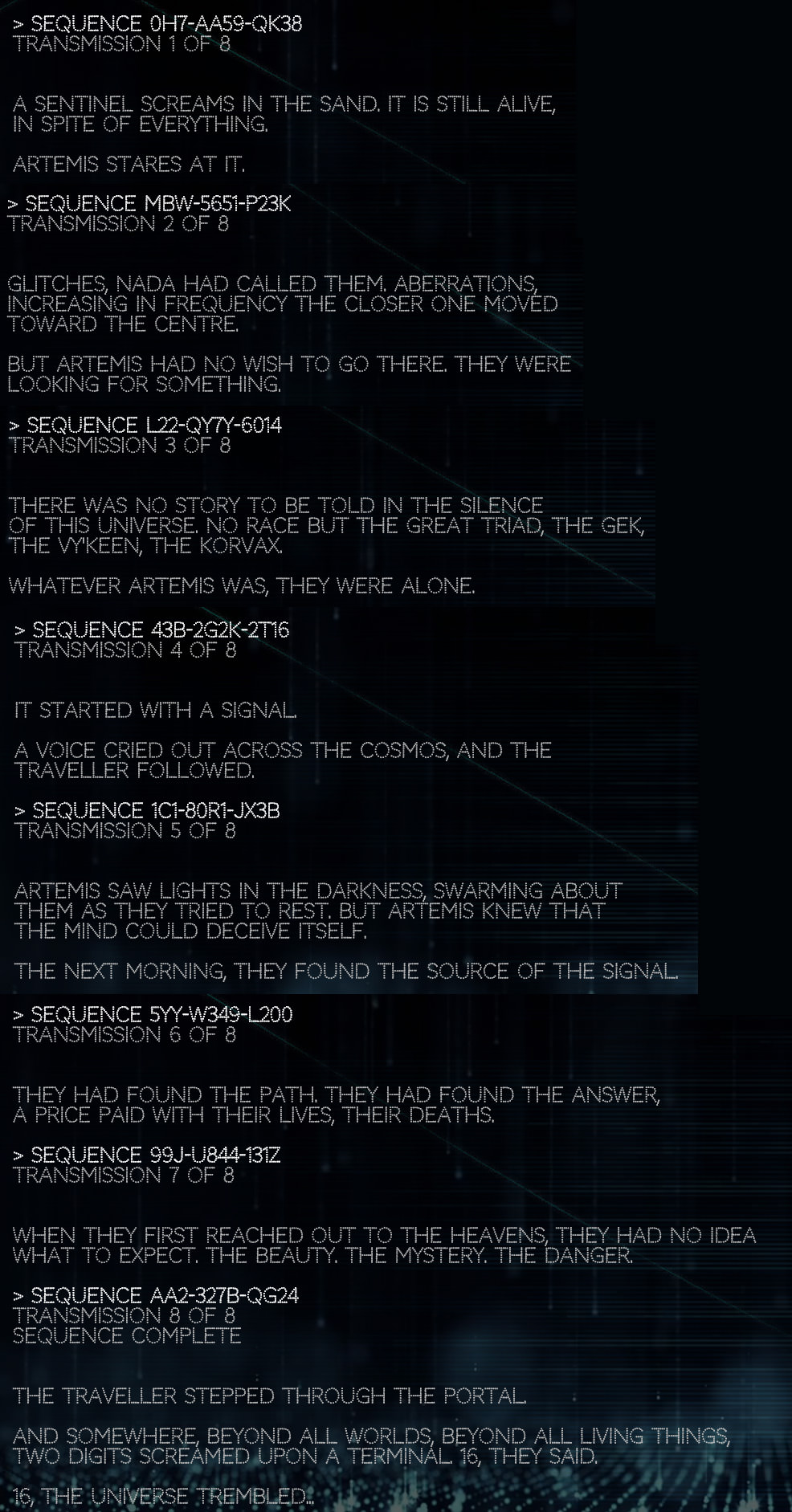 and just like that.... wakingtitan.com and project-wt.com are both offline. something is definitely astir. It’s been a year since No Man’s Sky first released, and it’s been an exciting, intense and emotional year for us at Hello Games. We have been quiet, but we have been listening intently.

We've spent that year working hard on free updates for this game our team cares about so much.

Update 1.3 will release this week and will be available for free to all No Man’s Sky players. We're calling it Atlas Rises. It focuses on improving the central story of No Man’s Sky and adds the ability to quick travel between locations using portals. Patch notes will be made available shortly before the update goes live.

What we do is much more important than what we say, but since launch we have sometimes focused too much on that.

We wanted to reach out and celebrate the devoted community that means so much to us. We launched Waking Titan to try to do that.

When we posted those cassettes we didn't know what to expect. In the last eight weeks a quarter of a million players from across the globe (174 countries, to be precise!) have come together - united by a shared love of mystery and science fiction - to form the Citizen Science Division. You’ve travelled great distances both real and virtual, undertaken complex tasks, and explored the depths of simulation theory. New friendships have been forged, and a tight-knit community has been created. Most importantly a cute hamster has a new home.

You've become part of the No Man's Sky origin story.

It's been an honour to watch, but this is just the beginning. Whether you’ve followed Waking Titan or not, we welcome anyone to sign up to the Citizen Science Division, and to join us on the official CSD forums.

Thank you for this year. We hope you enjoy what comes next. GAMEPLAY
More tech available in tech shops
Balanced tech shop standing requirements
Standing lights have a proper name when you interact with them
Increased robustness of systems for locating buildings
Increased number and types of objects which can be scanned
Increased information available about scanned foliage and creatures
Improved planet resource lists
Craftable products now sorted by most recent use
Improved differentiation of weapons
Fixed pinning product recipes and technology guides
Continued story unlocked through abandoned buildings
Added interactions and dialogue options for many structures and characters
Overhauled secondary character interactions
Joint exploration has been introduced allowing 16 players to see visual representations of each other in game. Joint exploration does not require PS Plus, and is not currently available on GOG Galaxy. 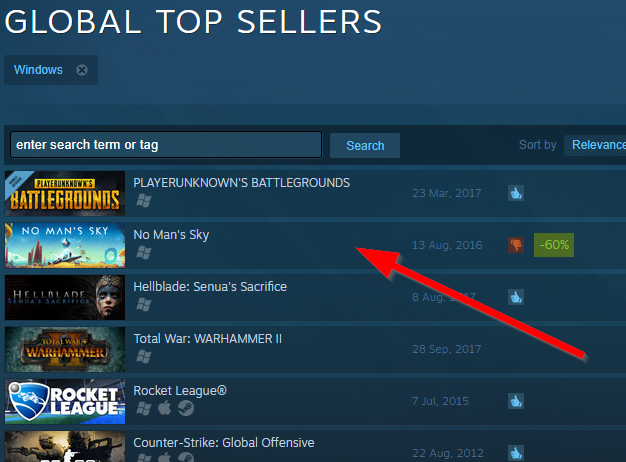 Nice to see it in the top seller list again.

not going to sugar coat it. there's bugs for sure. but an experimental build is already being worked on and trialed by players.

The Waking Titan ARG was worth it and time well spent. And story is more polished - at least better hand-holding than previously.

Rest of my current NMS album here. more to come.

edit:
Also very popular on Amazon now. And I just found out patch 1.3.1 is already out on the PS4. 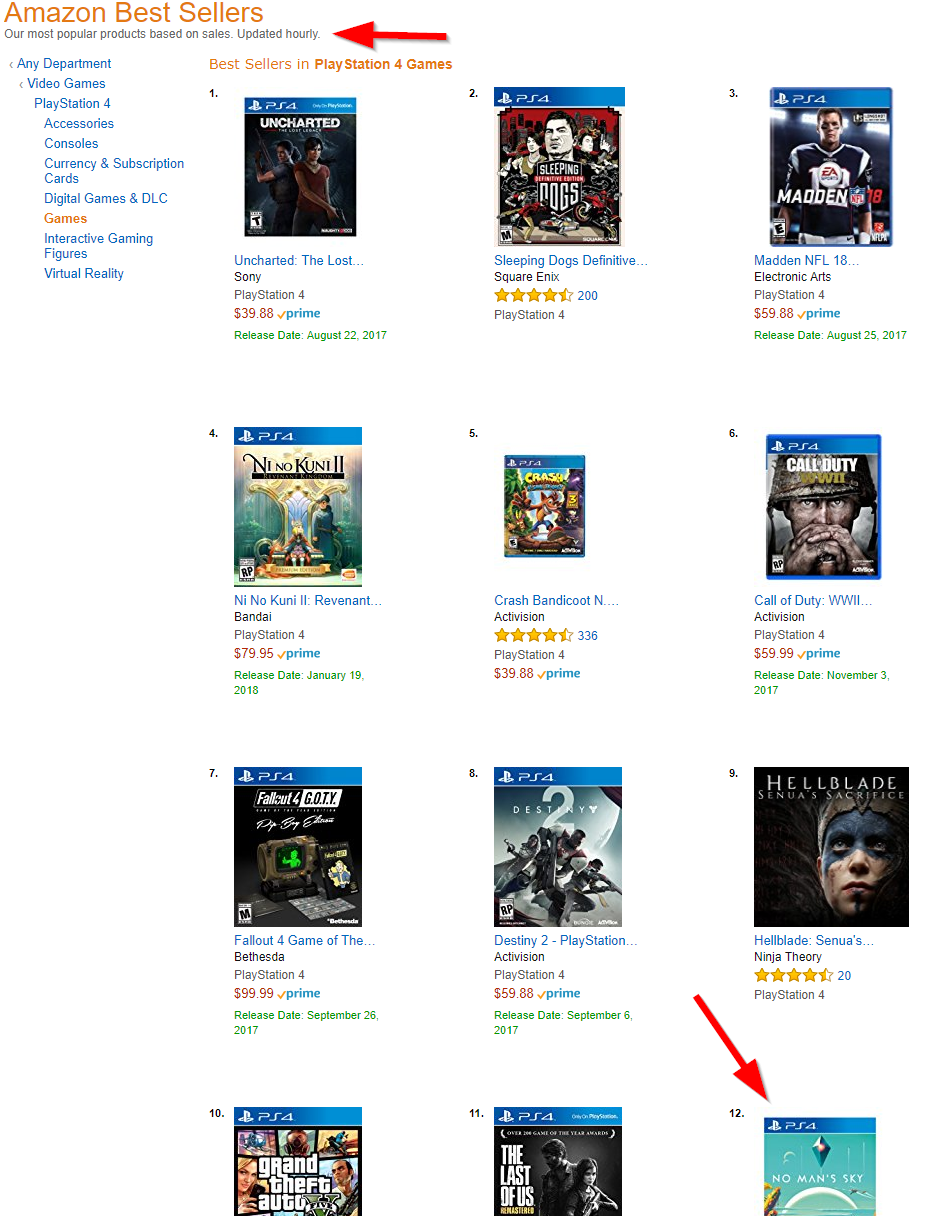 is this game nice? heard there was commotion that the dev lie about multiplayer and stuff and boring? 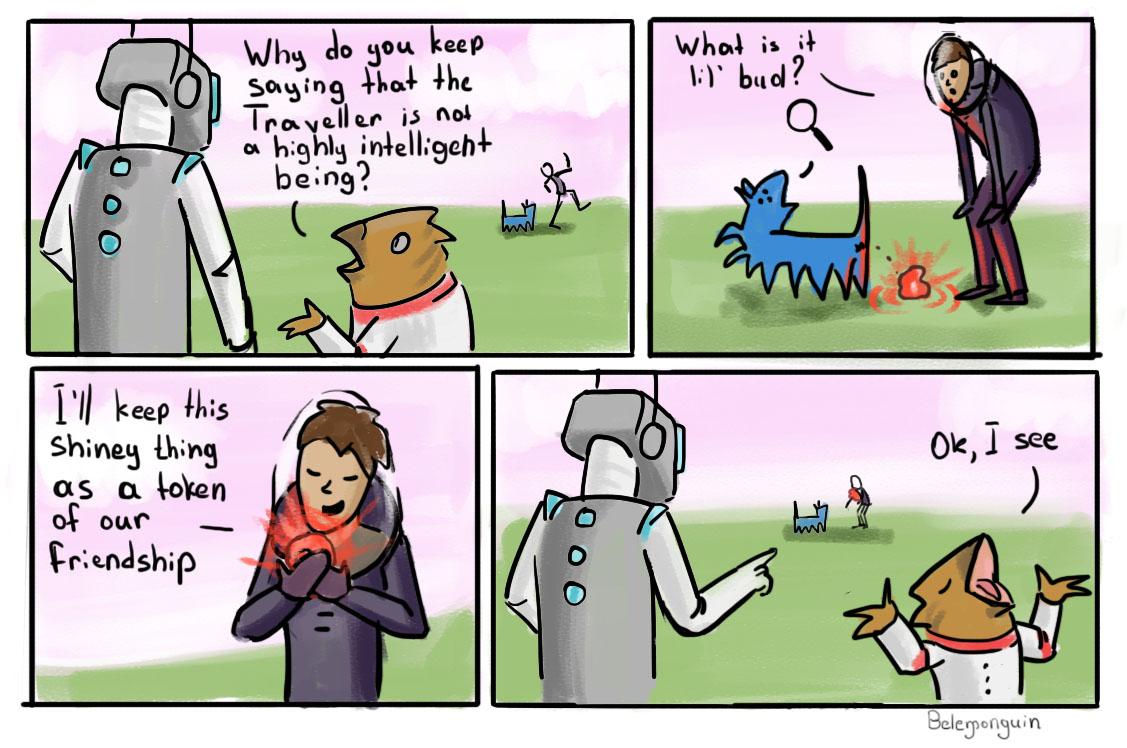 Hello Games' Innes McKendrick presents a study of the technical architecture of No Man's Sky, focusing in particular on the techniques used to generate planets and the supporting structures allowing this to happen continuously in real-time.

this considered as thread digging anyway the game dev is basically a scam . caution to stay away from this game which changed the entire gaming landscape of what game not to support or dev not to do list and also primarily for making steam doing mass refund 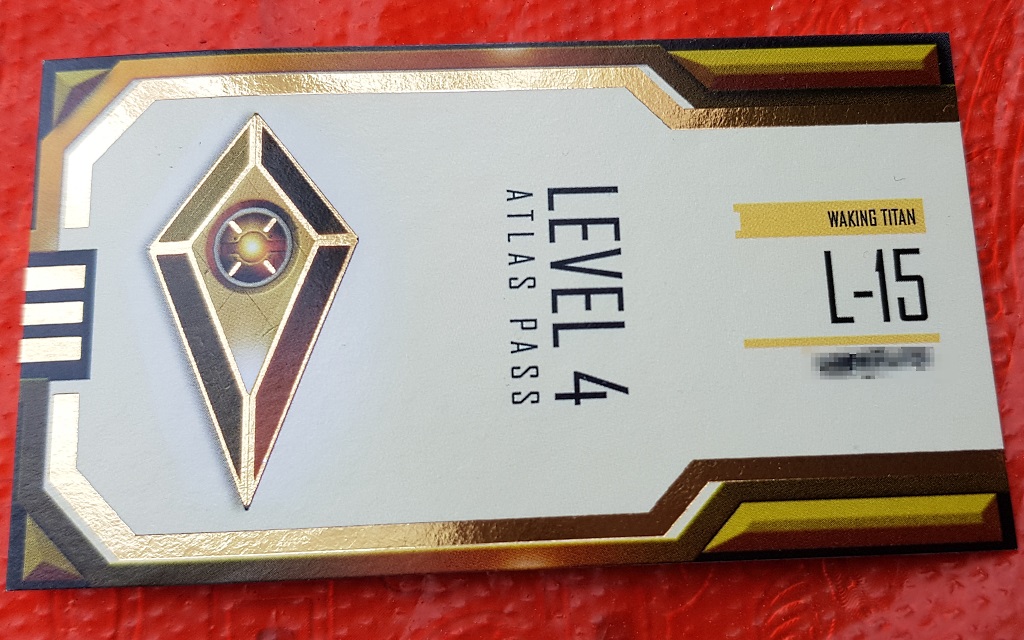 Last edited: Jul 17, 2018
You must log in or register to reply here.
Share:
Facebook Twitter Reddit Pinterest Tumblr WhatsApp Email Share Link
Important Forum Advisory Note
This forum is moderated by volunteer moderators who will react only to members' feedback on posts. Moderators are not employees or representatives of HWZ. Forum members and moderators are responsible for their own posts.