In the teasers, Hayoung, Jisun, and Jiheon are ready to fly the skies in the '9 Travelers' concept of their teasers. '9 Way Ticket' is the girl group's second single album, and it's set to drop on May 17 KST. 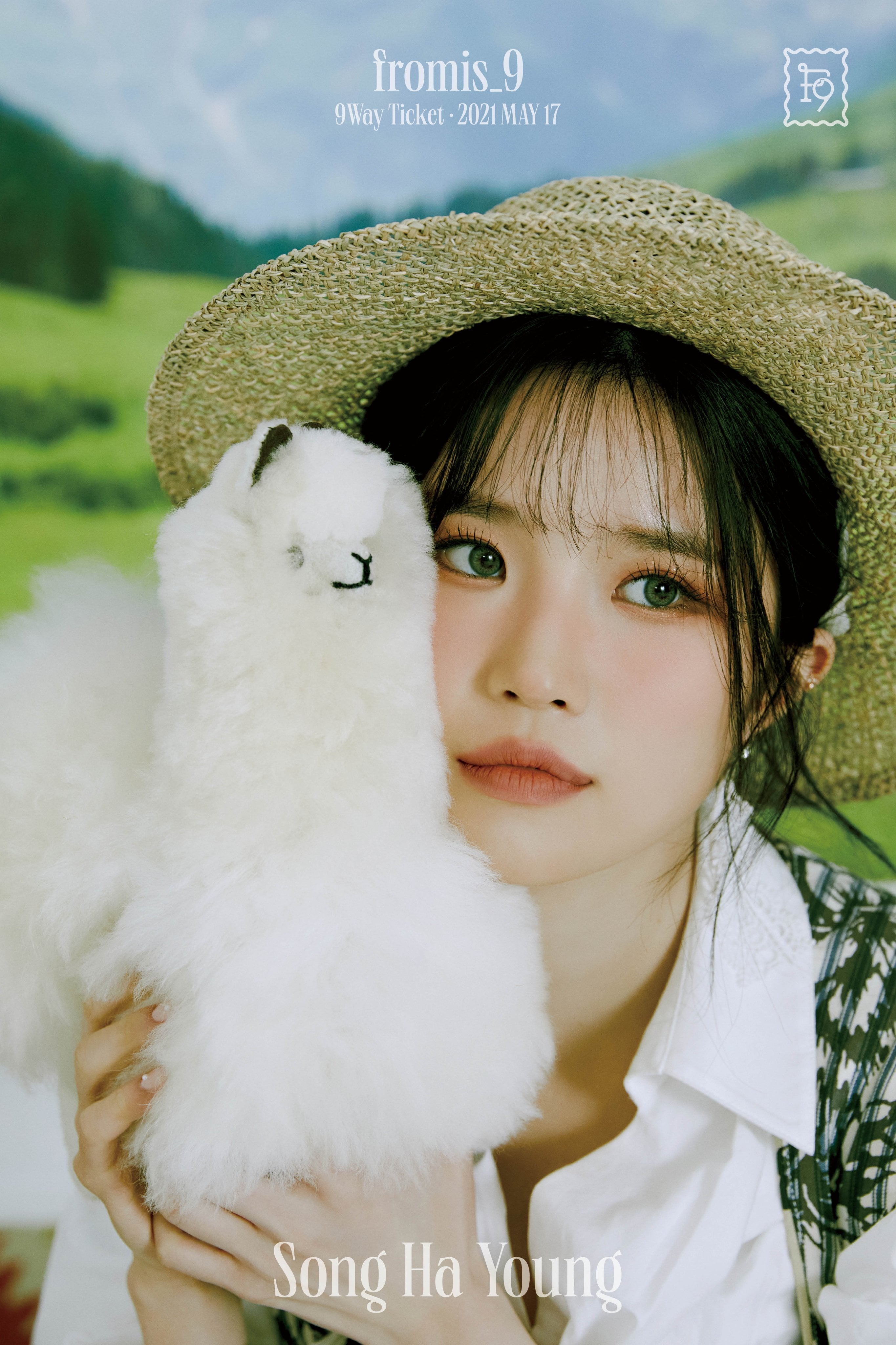 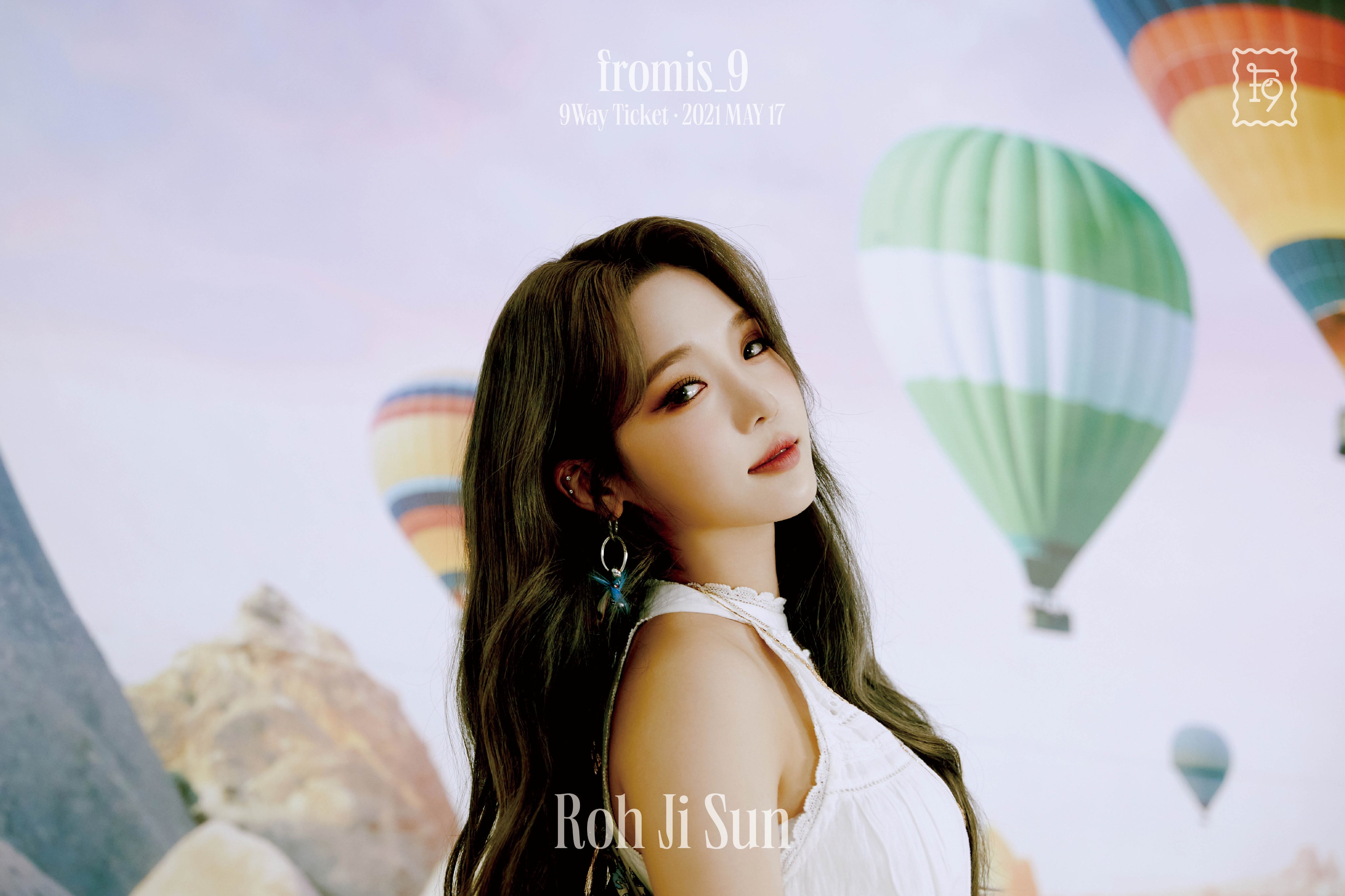 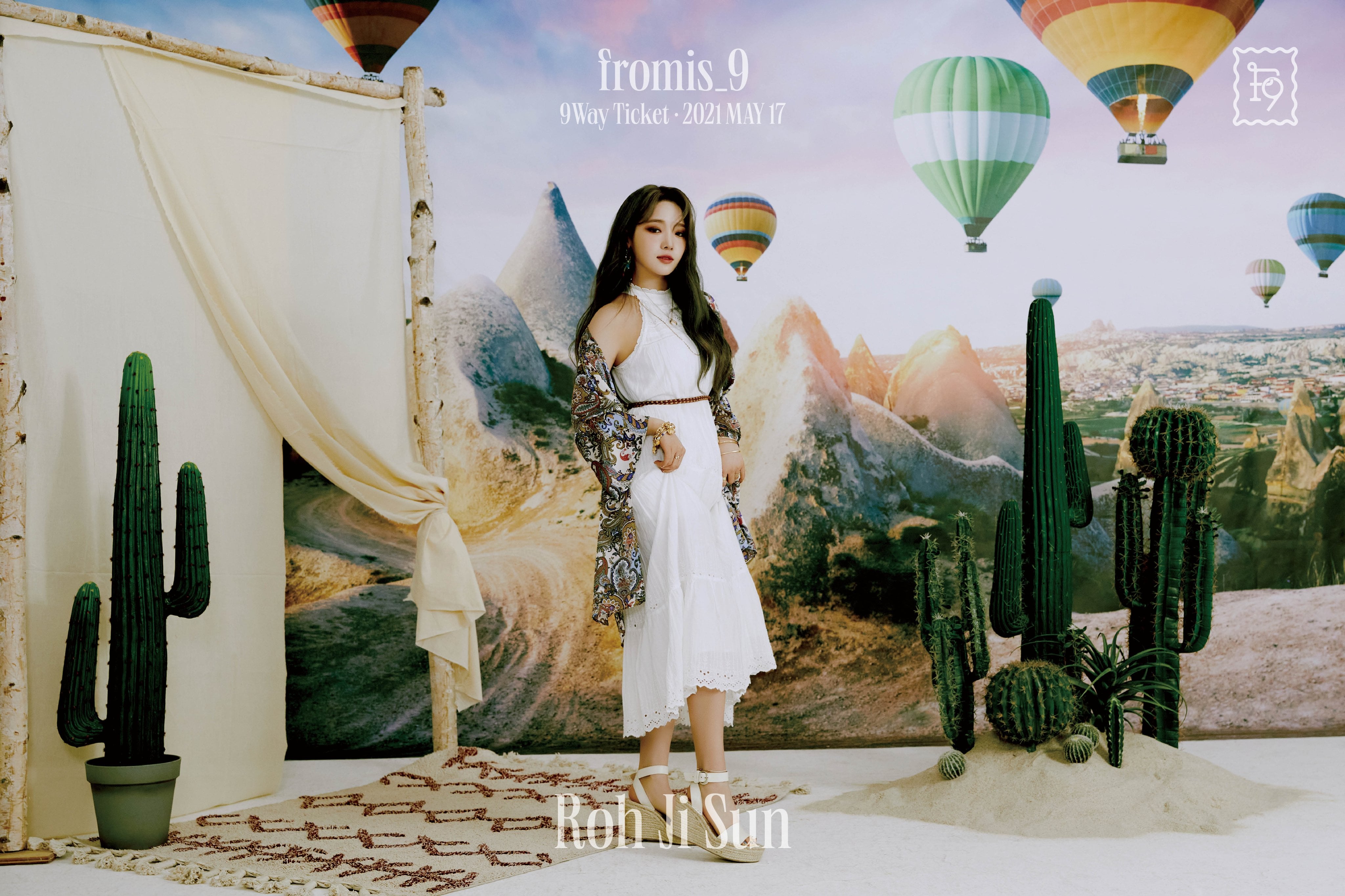 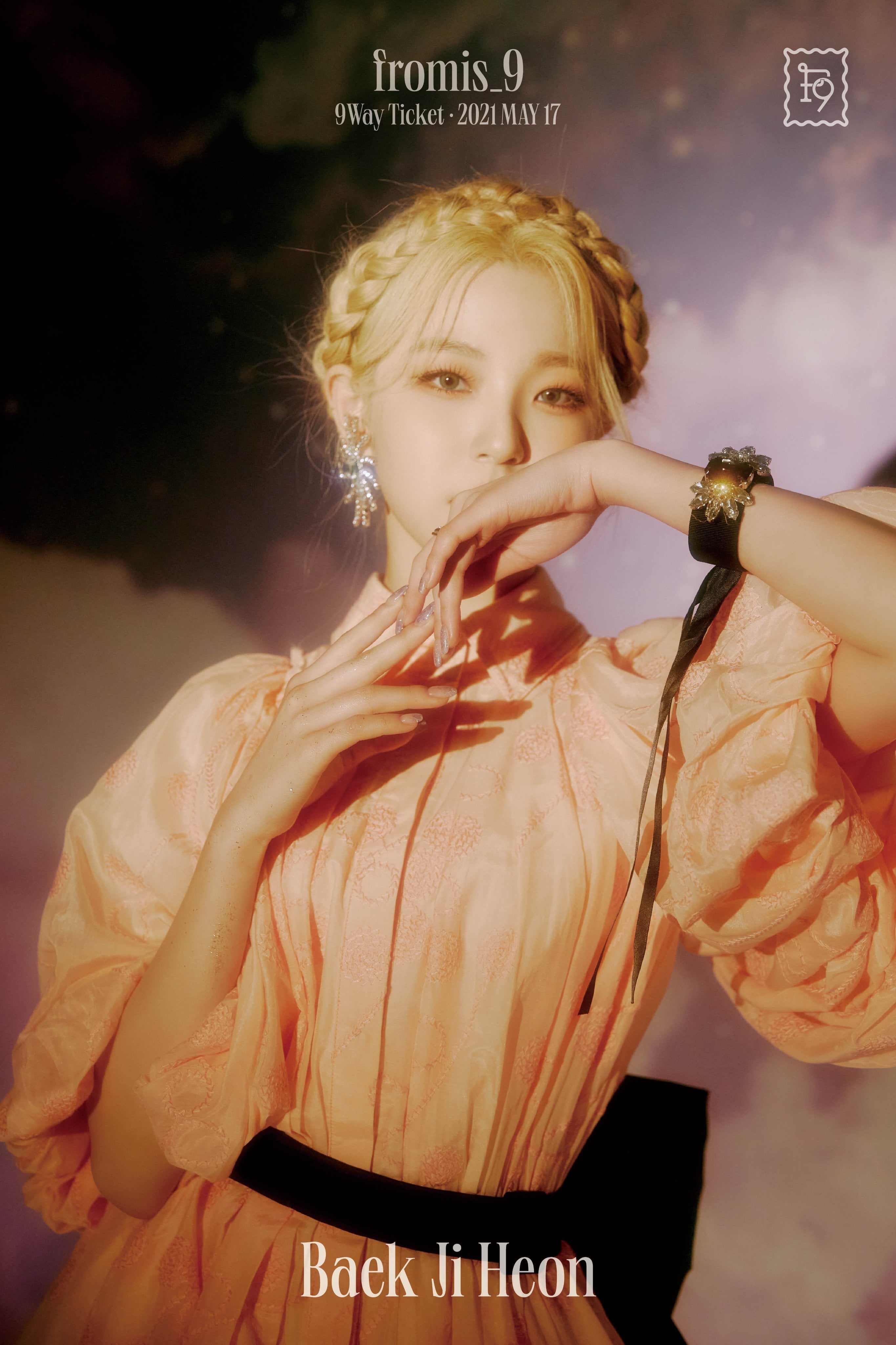 On May 9 at midnight KST, the girl group showed off their ethereal visuals in the music video teaser for their upcoming title track "Dun Dun Dance." "Dun Dun Dance" is a Nu-Disco-style song that shows off a harmonized vocals of the members and a catchy hook.

Following E:U, Siyeon, and Mia, the girl group dropped Onda, Aisha, and Yiren's concept photos for their upcoming release. The girls continue to exude charisma and post-apocalyptic vibes from the teasers. 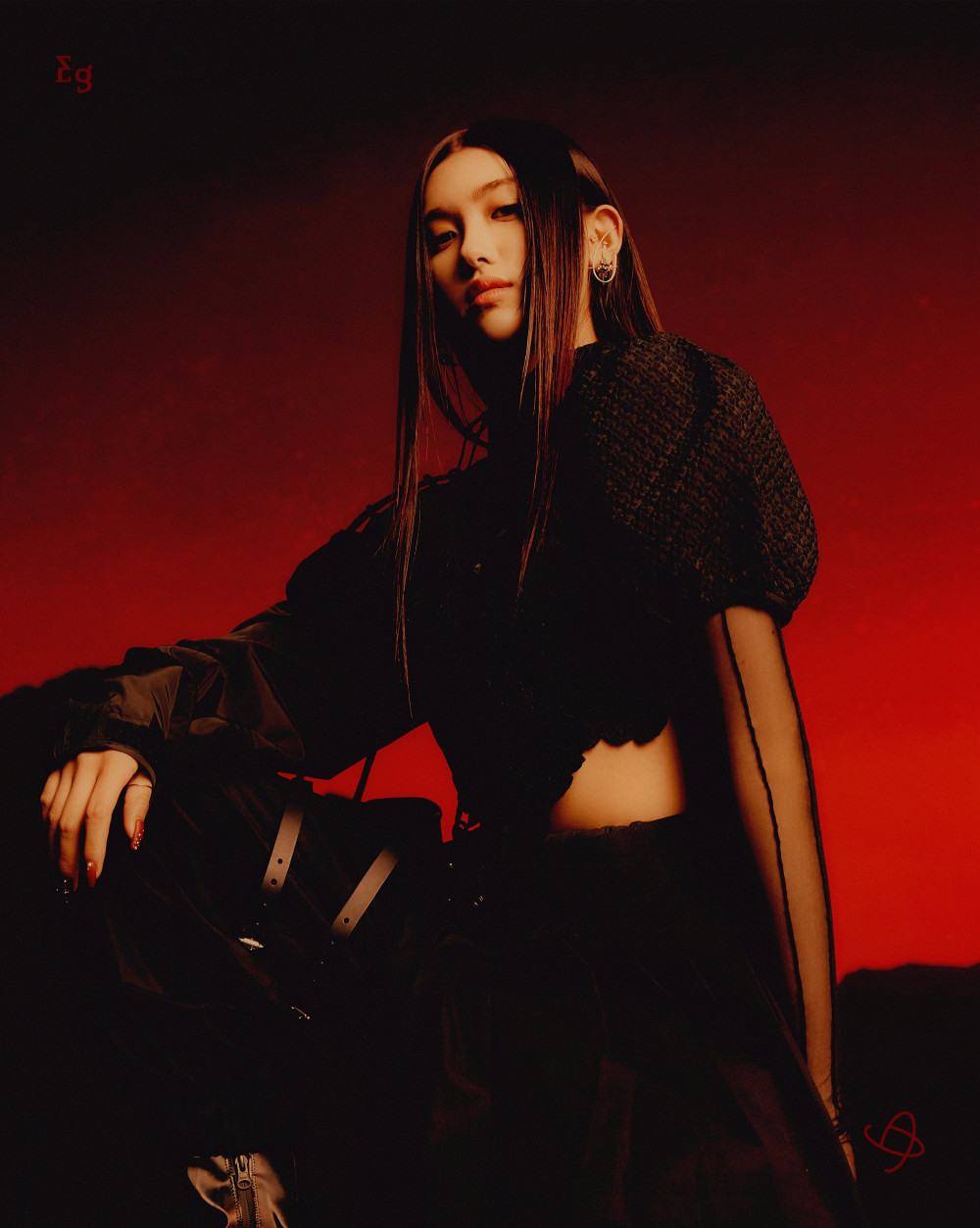 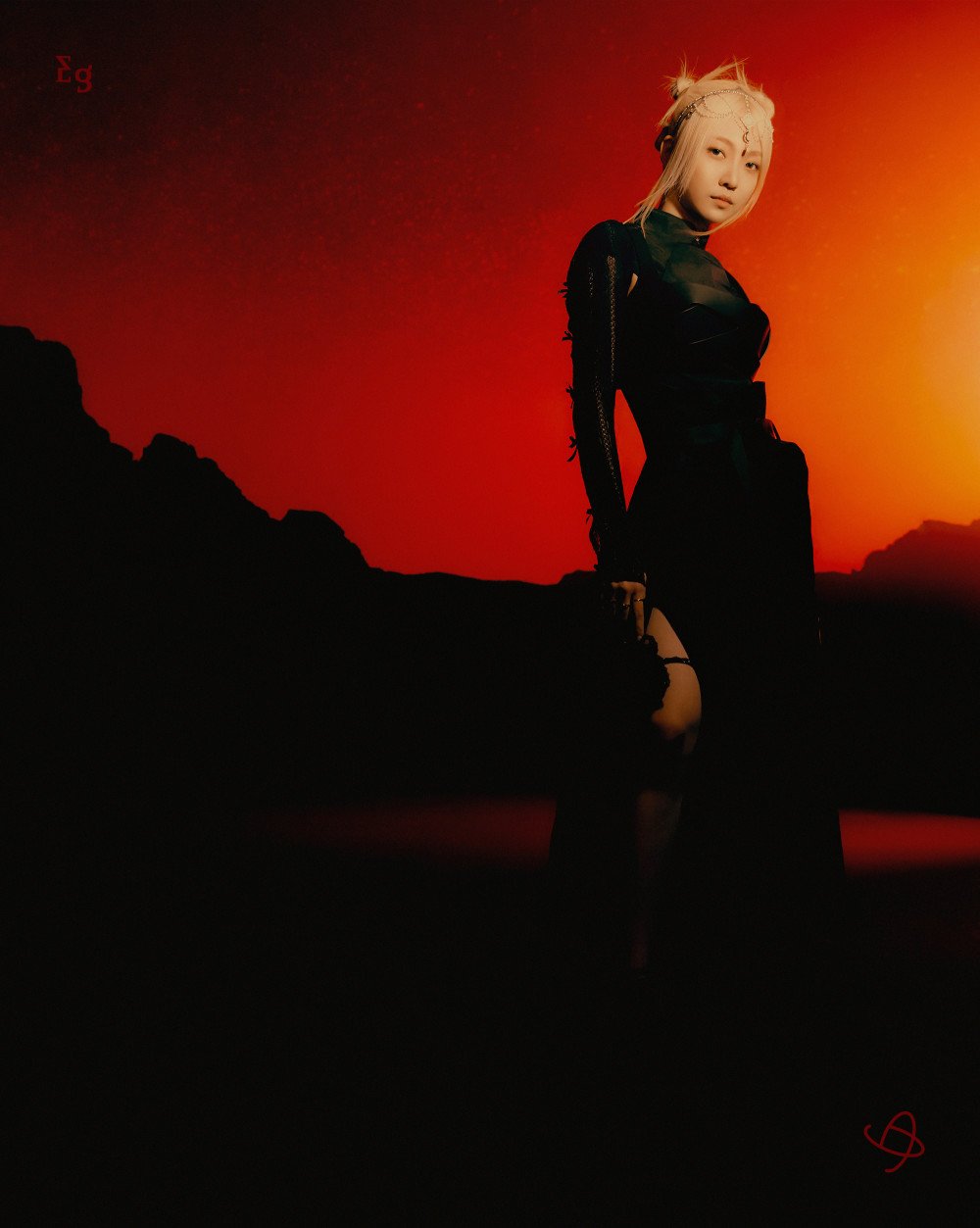 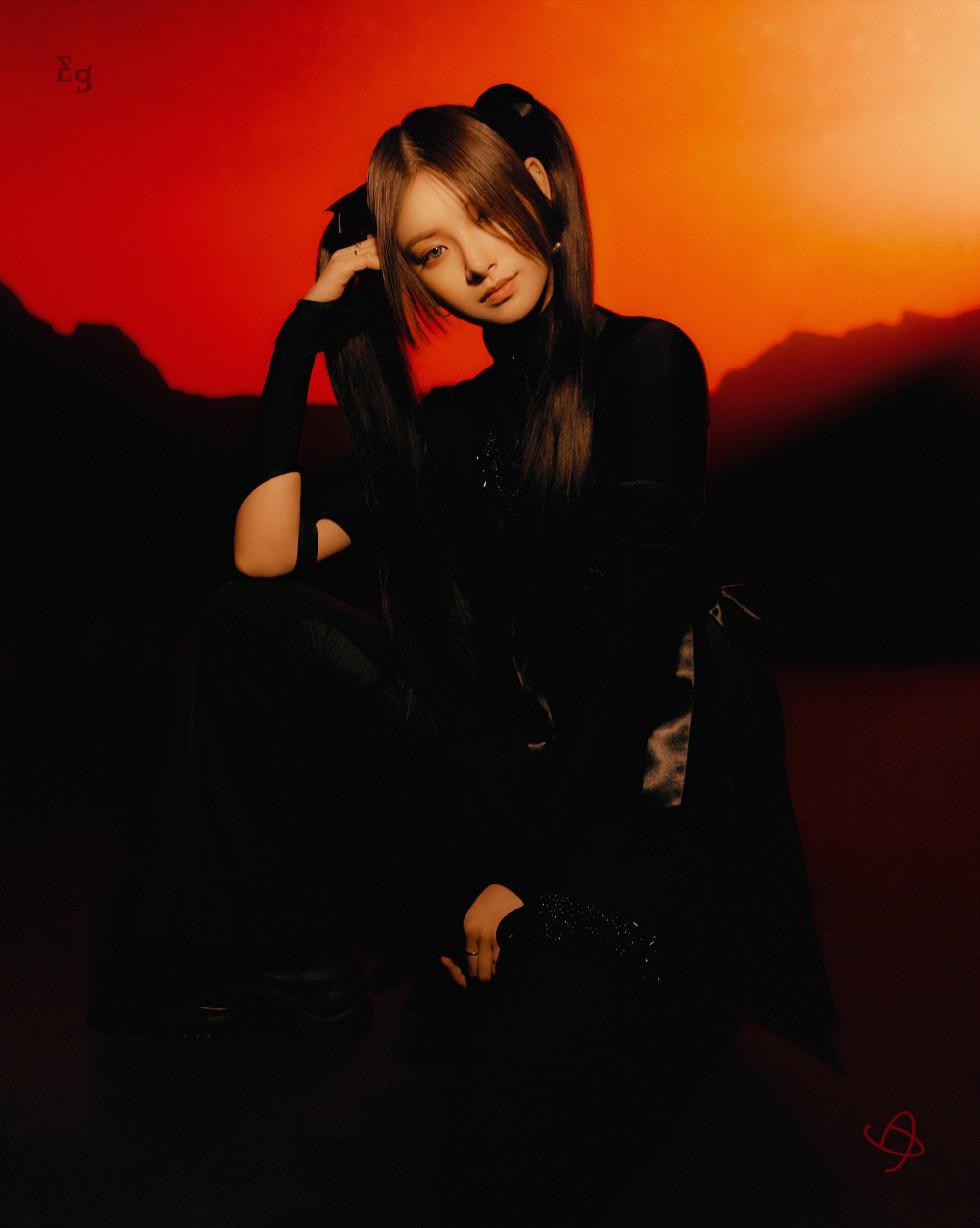 TRI.BE's Kelly gets all dolled up in the concept film for 'RUB-A-DUM'​

Following Jinha's concept film, it's Kelly's time to shine. As previously reported, the girls are coming back with their 2nd single, 'Conmigo.' The album features two tracks, "RUB-A-DUM" and "Loro."

aespa's Giselle is on the 'Next Level' in fantastical teaser image​

Giselle is the third member up in aespa's ongoing 'Next Level' comeback teaser series. For their first group comeback since their debut last year, aespa will be picking the story up where it left off during their "Black Mamba" debut days, inviting fans into the mysterious realm of Kwangya. 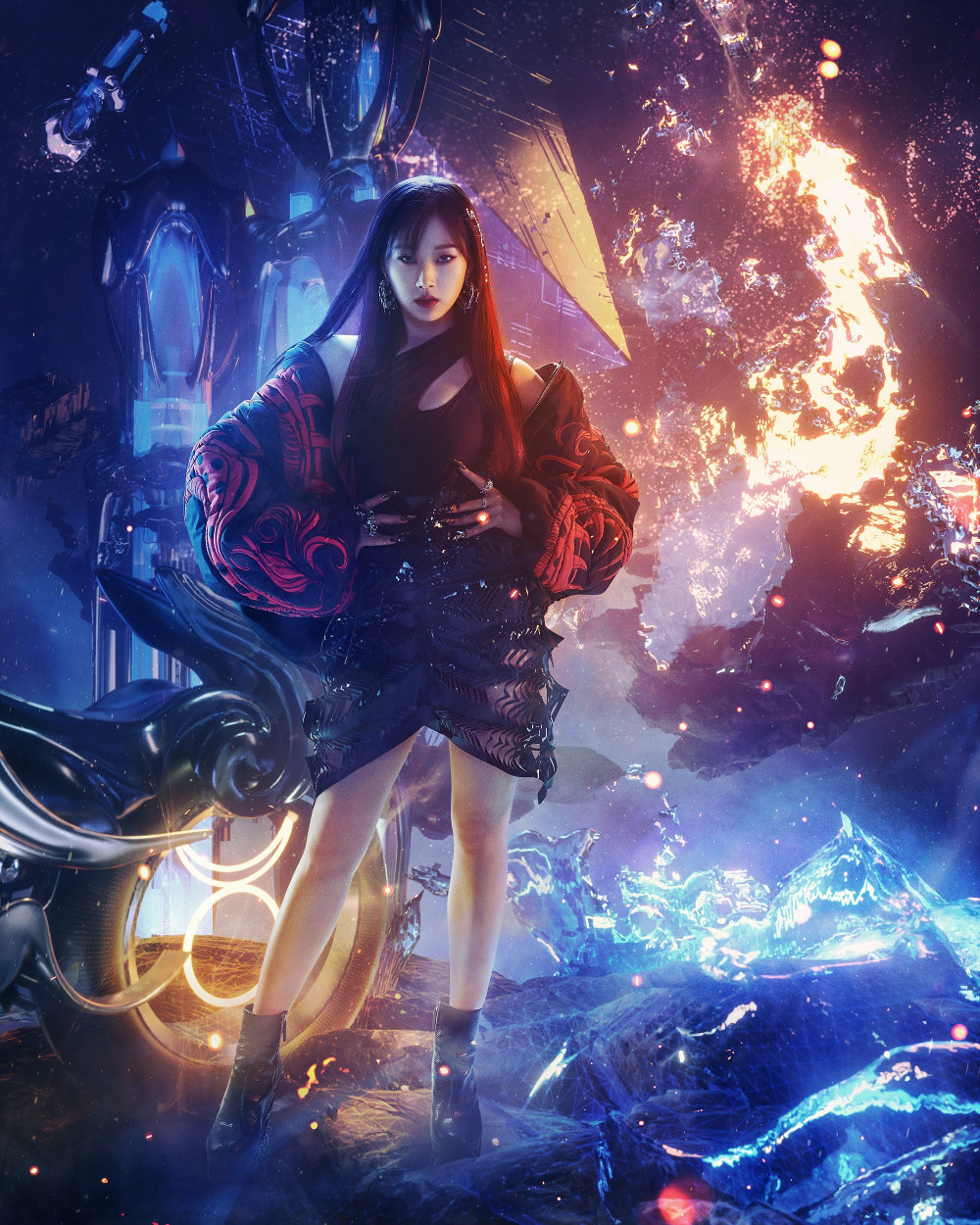 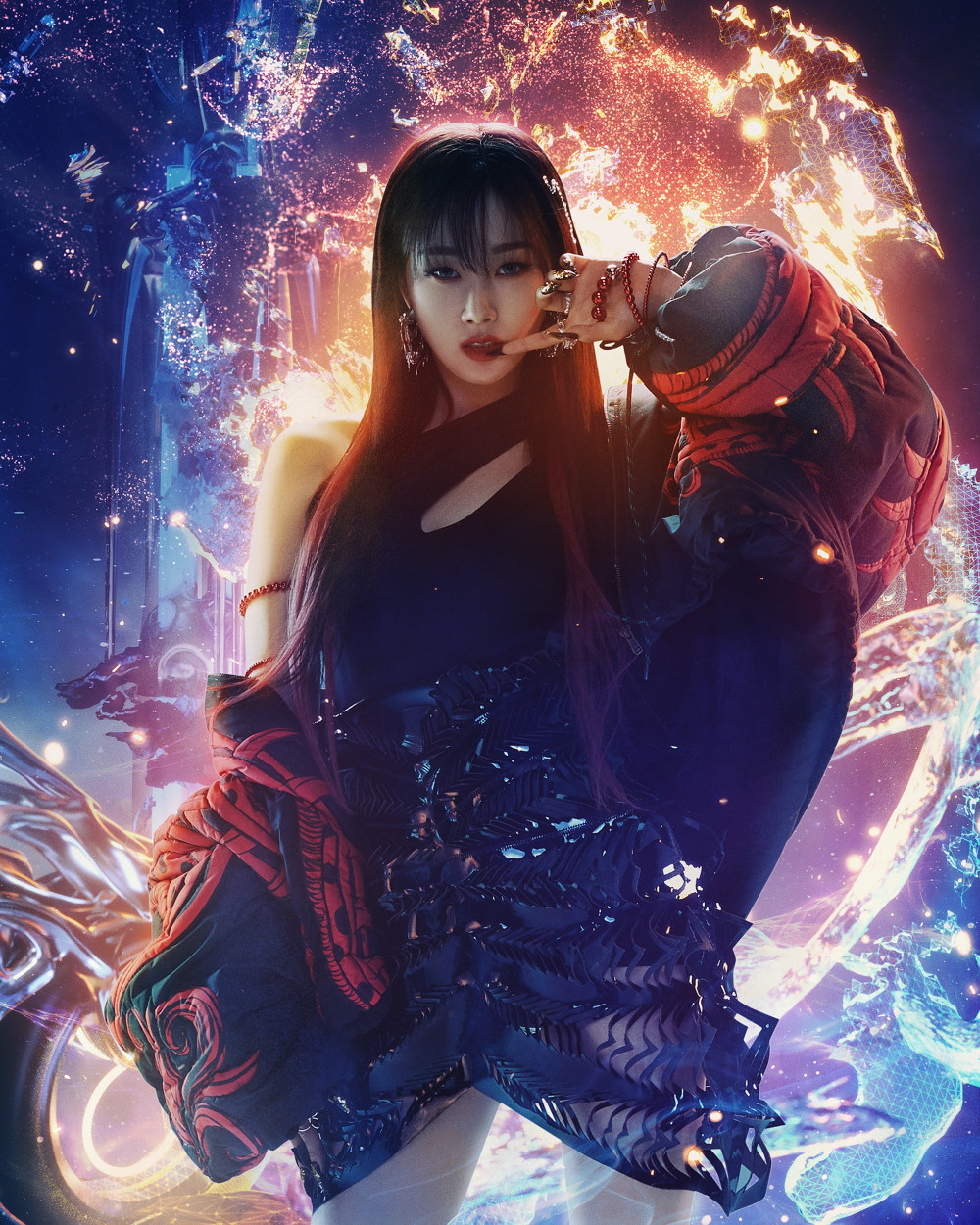 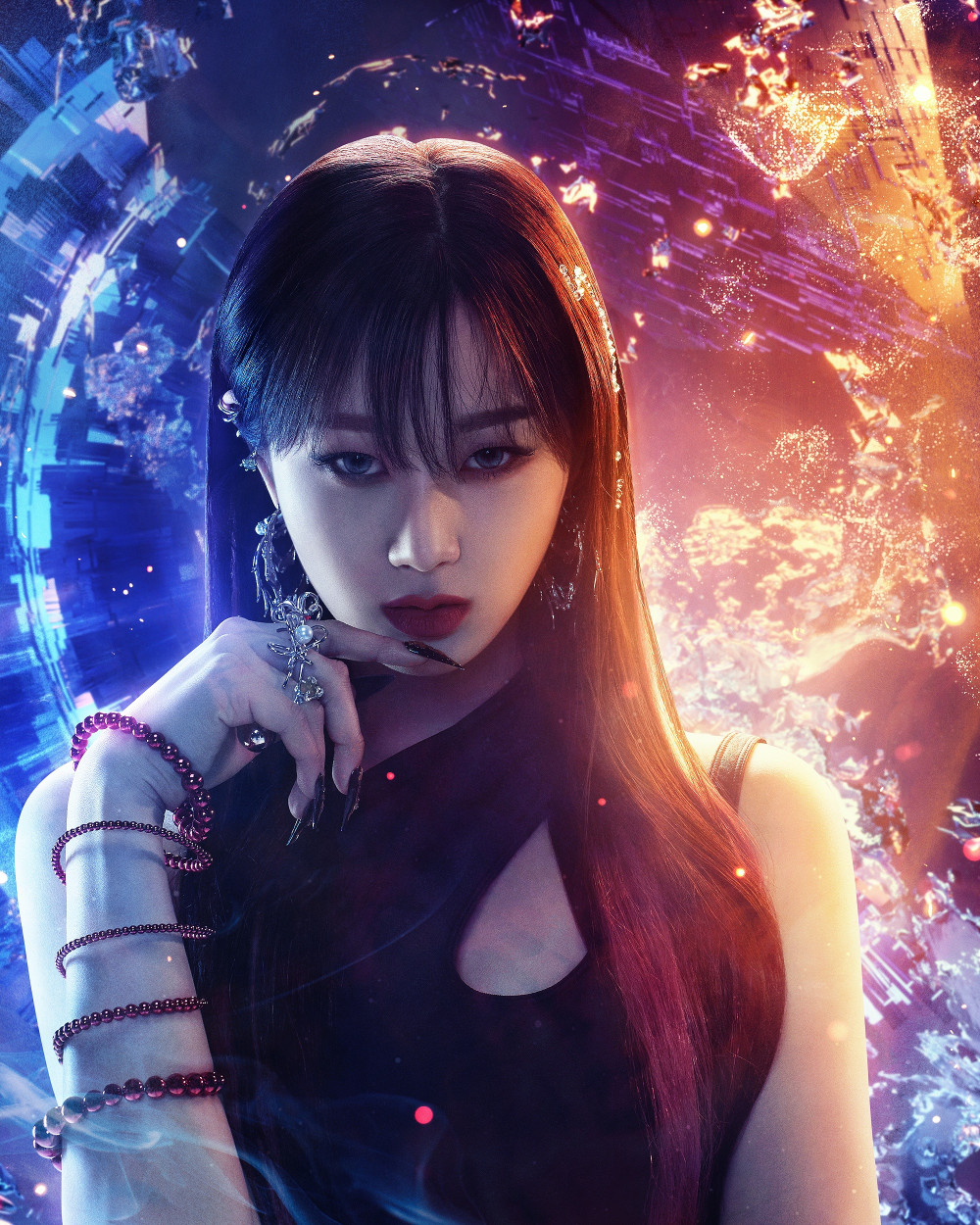 The rookie girl group debuted back in November last year with their single "G.G.B" and they are coming back 5 months later with their first mini-album 'Contrast'. The girls are in 'CONTRAST' as their mini-album title suggests, and the girls slay two completely different concepts for the 'DARK' and 'LIGHT' sets. The mini-album will consist of title song "Oh MAMA", "Milkshake", "G.G.B", and "Wanna Play With Me?" 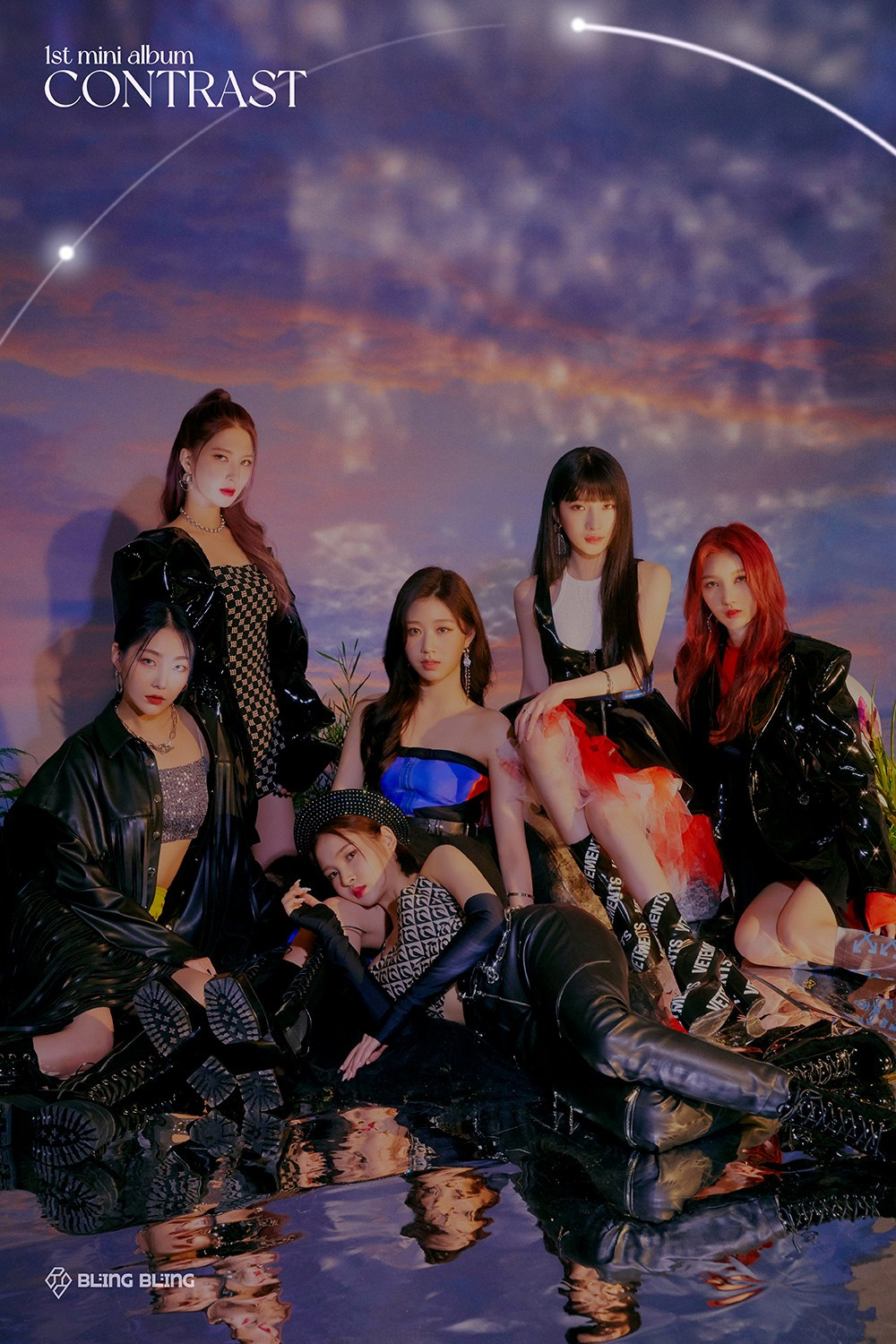 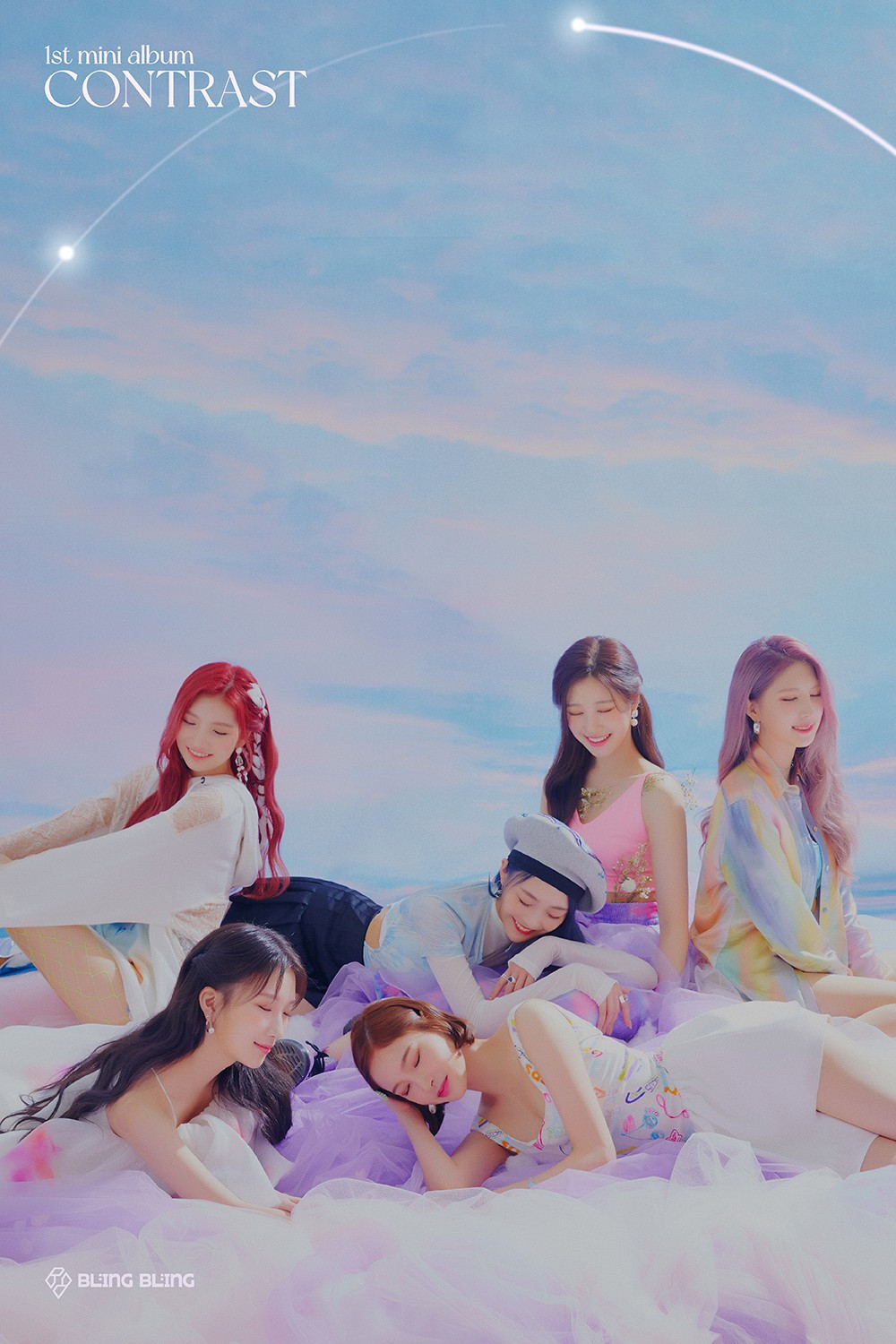 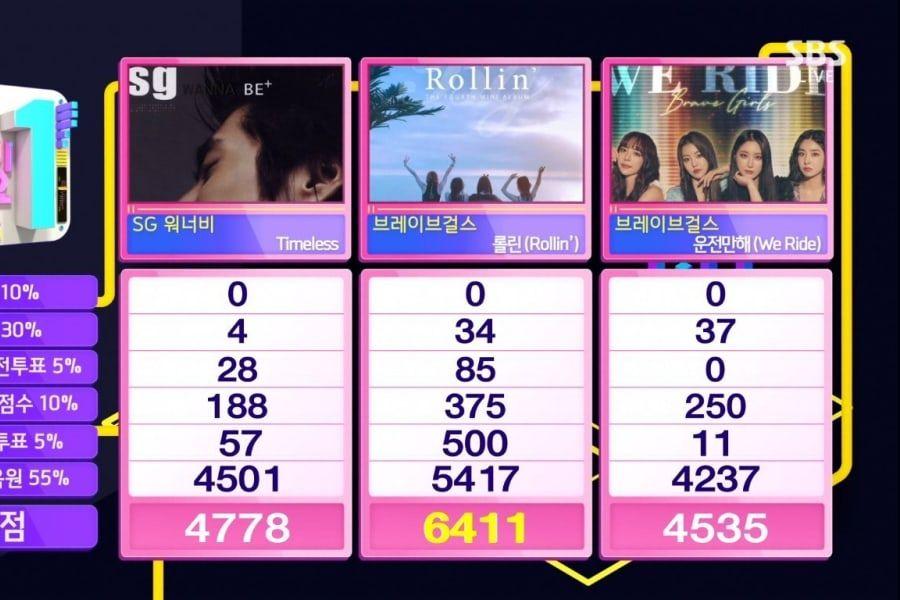 On May 9, the SBS variety show aired an intriguing sneak peek of its upcoming episode, which will feature the cast racing against the clock to break out of a mysterious prison.

The clip begins with a voice ominously welcoming the “Running Man” members and instructing them to each choose a room to go into alone. Once they’re inside their respective rooms, an unseen figure locks all eight members in from the outside, and the caption reveals that “only those who are smart can escape” their cells.

Faced with a mission to rack up 100 points, the “Running Man” cast must put their knowledge to the test. Yang Se Chan begins calling out to his fellow members for help, asking them about various quiz questions, while Yoo Jae Suk triumphantly manages to break free.

However, the game isn’t over yet: in the next scene, Yoo Jae Suk exclaims, “I just got chills. What is this?!” Even after escaping their individual cells, the “Running Man” cast must work together to escape a series of rooms, and as the puzzles get harder, Yoo Jae Suk complains, “This is too hard.” The members begin worrying that they don’t have enough time, and HaHa frantically yells at them to hurry up.

While Yoo Jae Suk tells the cast, “We’ve got to get out of here quickly,” the captions tease that “something is blocking them from escaping.” 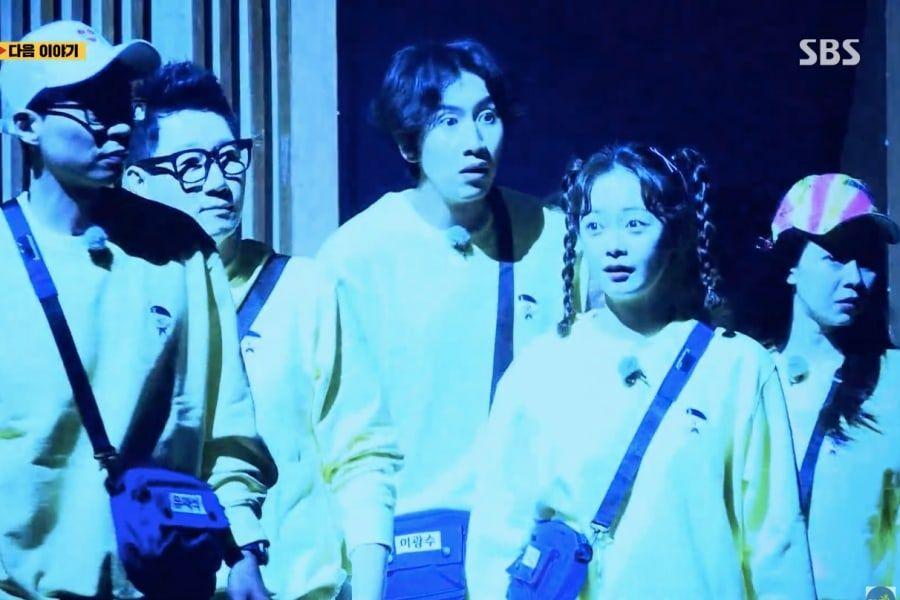